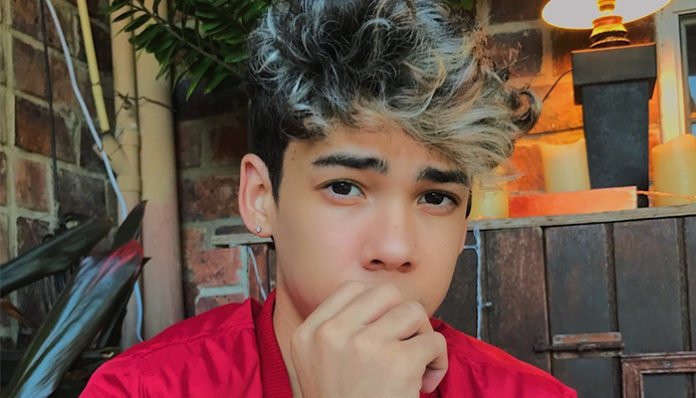 An Internet celebrity, Jayden Croes is perhaps best known on musical.ly, where he has gained over 6 million fans. Known for the videos that he makes with his brother Gilmher and friend Giomir, he had reached a breakthrough after lip syncing to Zara Larsson’s Lush Life.

Aside from the music network, he’s also active on several other platforms, one of which includes YouTube. Together with his brother, he had launched a channel called “CroesBros” in 2016. Since its launch, the siblings have gained over 364,000 subscribers (and counting). From the looks of it, their popularity has only been on the rise over the past couple of years.

How successful is the social media personality? How much has he managed to rake in from his various online endeavors? Unfortunately, Jayden Croes’ net worth is currently unavailable. In the meantime, however, let’s take a more in-depth look at what he’s managed to accomplish so far as a 19-year-old Internet star.

How did Jayden Croes Make His Money & Wealth?

Born on November 11, 1998, in Aruba, Jayden Croes grew up in the capital city of Oranjestad with his two siblings. As a student, he attended Mon Plaisir College, a public high school from which he graduated in 2016. As it had happened, he had begun to create videos with his older brother Gilmher and best friend Giomir in 2015. Shared with musical.ly, the trio gradually built themselves a fanbase over the next few years.

After landing a number of features, they had earned more than 6 million fans on the platform. A self-proclaimed “Musical.ly Prince”, he had earned his certification crown not long after reaching the 80,000 followers mark. Today, one of his most popular videos include a lip sync that he did of Zara Larsson’s Lush Life.

A year into his social media career, he and his brother also launched a collaborative YouTube channel called “CroesBros”. Known for their vlogs, the siblings have accumulated over 364,000 subscribers to date with more than 12.3 million lifetime views. As of 2018, their most popular upload, Our Very First Slime!! has been viewed 4.2 million times. Some of their other top videos include We Stubbe Our Toes, Will You Be My Valentine? and Discussing over YouTube.

With the views that they draw in, it’s likely that they’ve been monetizing their videos on the site. As you probably already know, YouTube has become known for its money-making potential over the past few years. By choosing to display advertisements, content creators are able to make a small amount of revenue, depending on the number of views that they receive.

Assuming that they’re paid a couple of dollars for every 1,000 views by Google, they would have made close to $10,000 so far. Given that the Croes brothers continue to grow their following by uploading new content to their channel, chances are, their earnings from YouTube will also go up with time.

For all we know, he may even choose to make public appearances in the near future.

No, Jayden Croes is not married. From what we can tell, he is currently single.

Does Jayden Croes Have Any Children?

No, Jayden Croes does not have any children.

Did Jayden Croes Go to College?

No, Jayden Croes has not gone to college. As it would appear, he has instead chosen to focus his attention on his social media career.

What is Jayden Croes Famous For?

Jayden Croes is perhaps best known on the music network musical.ly, on which has over 6 million followers. On top of that, he and his brother have also gained a decent following on YouTube over the past two years.

What Kind of Vehicle Does Jayden Croes Drive?

Unfortunately, we do not have any information on Jayden Croes’ vehicle.

How Much Money Did Jayden Croes Make Last Year?

At this time, we do not have any details on Jayden Croes’ 2017 earnings.

For the most parts, Jayden Croes has been kept busy with updating his social media accounts- in particular, his musical.ly and YouTube channels.

Want to support the social media star? If so, why not give him a follow? You can find Jayden Croes on a few platforms such as Instagram (@JaydenCroes) and Twitter (@_JaydenCroes_). As far as we can tell, he does not have an official Facebook fan page.