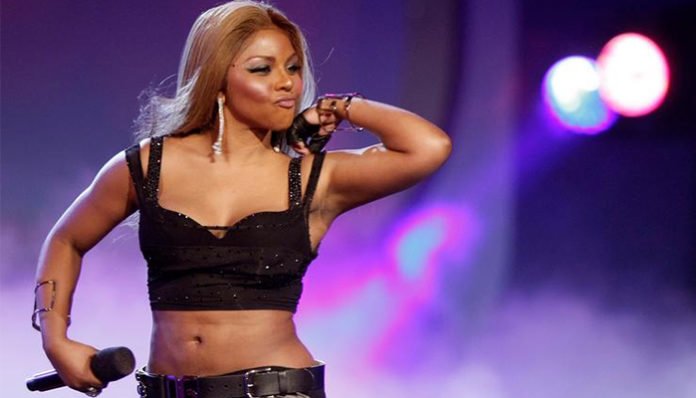 Referred to as “The Queen of Rap”, Lil Kim initially rose to fame as a member of Junior M.A.F.I.A. in the early 90’s. Since then, she has enjoyed a successful solo career, with more than 30 million records sold worldwide. Some of her most popular singles to date include Lady Marmalade, Not Tonight, and No Time.

Though her main focus is music, she has also appeared in several films throughout the years such as Those Who Walk in Darkness, Nora’s Hair Salon, There’s a God on the Mic, and Superhero Movie. Most recently last year, she made a brief appearance in Can’t Stop Won’t Stop: A Bad Boy Story.

Taking into consideration her popularity, is it safe to assume that she’s doing well for herself? How wealthy is the rapper? From what we can find out online, Lil Kim’s current net worth is around $18 million. What are some of the things that contributed the most to her wealth? Let’s take a look below.

How did Lil Kim Make Her Money & Wealth?

Born on July 11, 1976, in New York City, New York, Lil Kim spent most of her youth on the streets after being kicked out of the family home as a young teen. Heavily influenced by artists such as The Lady of Rage and MC Late, she eventually took up rapping. As one thing led to another, she was eventually invited to join the music group, Junior M.A.F.I.A. after being discovered by The Notorious B.I.G. in 1994.

A year later, the group released their debut studio album, Conspiracy. An overall success, it had not only peaked at number eight on the Billboard Top 200 but had also gone gold in the US. Some of the hit singles that the album gave rise to included Player’s Anthem, I Need You Tonight and Get Money. Considering its popularity, it’s likely that Lil Kim had received her fair share from working on the project.

From there, her popularity took off after she released her first solo album, Hard Core in 1996. Responsible for her rise to fame, it had received critical acclaim for its rhymes and beats. Among the singles that it gave rise to were Crush on You, No Time, and Not Tonight.

Since then, the rapper has released a number of albums including The Notorious K.I.M., The Naked Truth, and La Bella Mafia, all of which have proved to be major hits- especially the first two. In the recent years, Lil Kim has also dropped a few mixtapes such as Hard Core 2K14, and Lil Kim Season.

Aside from what she’s raked in from the above releases, she has also headlined three concert tours in the past, the latest of which was held in 2012. With other artists, she has also traveled and performed for the No Way Out Tour, and Bad Boy Family Reunion Tour.

In terms of other ventures, Lil Kim has also acted in several films- most of which are from the early 2000’s. Some of these titles include Those Who Walk in Darkness, Gang of Roses, Lil’ Pump, and There’s a God on the Mic.

She is not married. In the past, she had dated a record producer by the name of Scott Storch.

Does Lil Kim Have Any Children?

She has a daughter named Royal Reign.

Did Lil Kim Go to College?

Instead of continuing her education, she had chosen to pursue a music career.

What is Lil Kim Famous For?

Lil Kim initially gained attention as a member of the music group, Junior M.A.F.I.A. Not long afterward, her popularity soared with the release of her solo album, Hard Core.

What Kind of Vehicle Does Lil Kim Drive?

Unfortunately, we do not have any information on Lil Kim’s vehicle.

How Much Money Did Lil Kim Make Last Year?

At this time, we do not have any details on Lil Kim’s 2017 earnings.

Last year, it was announced that she was working on a new studio album- one that will ultimately be released later this year. Around that same time, she had landed a feature on Missy Elliott’s remix of I’m Better.

Want to support the singer on social media? If so, why not give her a follow? You can find Lil Kim on Twitter (@LilKim) or Instagram (@LilKimtheQueenBee). On Facebook, she also has an official fan page which you can check out here.