What Happened To Roman Reigns? – 2018 Update 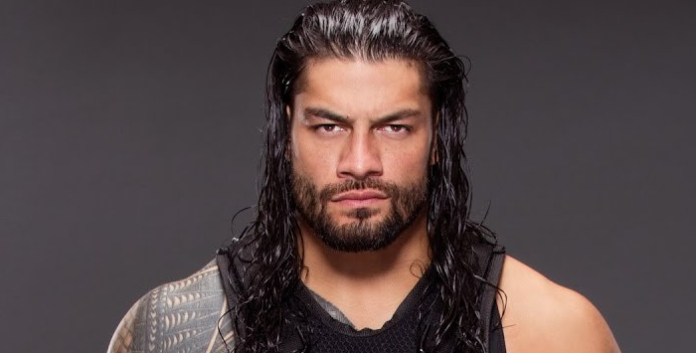 Roman Reigns is one of the most popular modern wrestlers, and one of the biggest names in WWE. He is a Grand Slam Champion (meaning he won all four of the main belts) who has headlined several big events in the past few years (most namely the Wrestlemanias). But after the initial hype he’s had as a member of The Shield, Reigns’ started to lose the fan support. While he still is a big name in WWE, it certainly isn’t due to fan support. So, what happened to Roman Reigns?

Early Life and Career – Before WWE 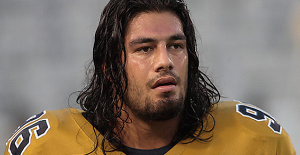 The character of RR is portrayed by Leati Joseph Anoa’i. If you’re a wrestling fan, you surely recognize the surname. Leati is indeed a member of the famous Anoa’i wrestling family, some of his cousins being The Rock, Naomi, The Usos, Umaga, Rikishi, and Yokozuna. Before wrestling, Anoa’i played professional football for close to two full seasons.

He was signed into WWE’s developmental territory in July 2010 and made his in-ring debut a few months after as Roman Leakee. His first match was against Richie Steamboat, and he predictably lost it. He stayed in the FCW (Florida Championship Wrestling, the developmental branch of WWE) until 2012. After FCW rebranded to NXT, Leakee was renamed as Roman Reigns and debuted on the main roster in November. 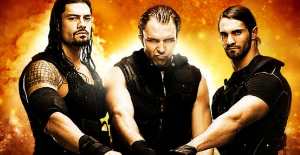 He debuted as a member of The Shield, together with Seth Rollins and Dean Ambrose, at the Survivor Series. In their in-ring debut, The Shield defeated Team Hell No and Ryback. Their popularity was rapidly growing as they started piling on several big-name wins. They became the Tag Team Championship in May of 2013. In August they started working for The Authority and lost their belts shortly after to Cody Rhodes and Goldust. The Shield still kept going and stayed a successful stable up until May of ’14.

During this time, Reigns started to achieve great wrestling feats, such as eliminating 12 men from the Royal Rumble, setting a new record. This marked the beginning of RR’s rise towards becoming the face of WWE. The Shield split up in May after Seth Rollins attacked both of his teammates, and joined The Authority.

Singles Career – Rise To The Top

After The Shield disbanded, all three members went their separate ways (although Rollins and Ambrose did feud for a while). Regins immediately headlined the next two PPVs but lost his matches at both of them. After an injury, he returned in December of 2014 to receive his Slammy Award for “Superstar of the Year”. Afterward, he started a feud with Big Show.

At the 2015 Royal Rumble, Roman was victorious, propelling himself to being one of the biggest WWE wrestlers at the time. At the following Wrestlemania, he fought Brock Lesnar for the WWE World Heavyweight Championships but lost the match after Rollins cashed in his MiTB contract.

After defeating Del Rio, Ziggler and Owens in a fatal four way, he became the number one contenteder for the Heavyweight belt. He managed to win it but lost it after Sheamus cashed in his MiTB and took Reigns’ belt after only five minutes of him having it. He won the title two more times, finally holding it for 77 days. At the Royal Rumble, he lost the title to HHH but took it again at Wrestlemania.

Afterward, he managed to take the US Championship from Rusev. At the Rumble, Reigns entered at number 30, to everyone’s dismay, but didn’t manage to win it. 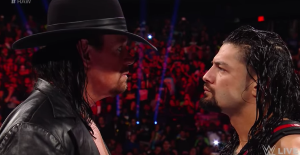 At Wrestlemania, he defeated the legendary Undertaker, retiring him in the process. After this, there weren’t many Reigns fans around, to put it mildly.

Since then, Reigns reunited with Rollins and Ambrose to reinstate The Shield, and managed to win the Intercontinental belt from The Miz.

Thanks to WWE ‘pushing’ him too hard, Reigns became one of the most hated roster members. He was even the first babyface wrestler to win PWI’s “Most Hated Wrestler of the Year”. 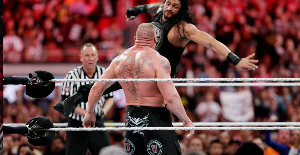 At this year’s Rumble, he was eliminated by Nakamura, as the second last man standing. He defeated Bray Wyatt and qualified for the Elimination Chamber, which he won, and became Lesnar’s opponent at Wrestlemania. The Universal Championship will be put in Reigns’ reach, and many fans are speculating that this will be the culmination of his story arc.

Wrestlemania 34 starts in just 5 days, so get ready to see what’s next for WWE and Roman.