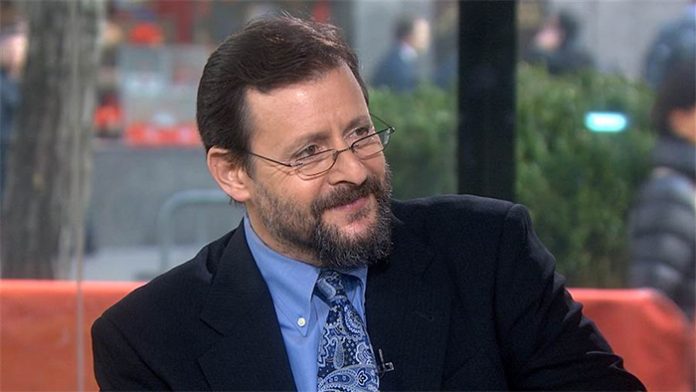 A Golden Globe nominee, Judd Nelson has starred in many films including The Transformers: The Movie, New Jack City, and The Breakfast Club, to name a few. Since his acting debut in the 80’s, he has accumulated well over 100 credits to his name. Later this year, he will be appearing in two films- Billionaire Boys Club and Cojot.

Throughout his career, he has also appeared on television many times. For instance, he had co-starred in the NBC sitcom, Suddenly Susan in the late 90’s. Some of his other TV credits include Two and a Half Men, Ben 10: Omniverse, Nikita, and Empire.

How much has he made over the years, considering all the opportunities that he’s been given as an actor? How rewarding has his acting career been? According to various sources, Judd Nelson has amassed a net worth of $8 million as of 2018. Where does most of his income come from? Let’s find out.

How did Judd Nelson Make His Money & Wealth?

Born on November 28, 1959, in Maine, Judd Nelson was raised in Portland with his two sisters, where he went to Waynflete School. Following his graduation, he moved to Pennsylvania, where he studied philosophy at the prestigious Haverford College. Ultimately, it was there that he caught the acting bug, after watching one of his friends attend an audition. Inspired to do the same, he eventually moved to New York City, to study acting at the Stella Adler Conservatory.

By the mid-1980’s, he had begun to take on various films roles. Some of his early acting credits include Fandango, Making the Grade, St. Elmo’s Fire, and The Breakfast Club. On television, he also starred as Joe Hunt in the two-part series, Billionaire Boys Club, a portrayal that earned him a Golden Globe Award nomination for Best Actor.

Continuing to act into the 90’s, he worked on numerous movies such as New Jack City, Primary Motive, Conflict of Interest, Airheads, and Steel, among several others. Perhaps the most noteworthy of all, however, was his starring role in the NBC sitcom, Suddenly Susan. One of the show’s main stars, he ultimately stayed for three years, until 1999. Unfortunately, it’s unknown how much he was paid for the gig.

From there, his focus seemed to drift back toward the film industry. Throughout the 2000’s, he appeared in over a dozen titles including Three Wise Guys, Black Hole, Nevermore, The Day the Earth Stopped, and A Single Woman. On the small screen, he made occasional appearances in shows such as Las Vegas, CSI: NY, and CSI: Crime Scene Investigation.

Fast forward to the recent years, and he’s shown no sign of stopping. If anything, he has continued to take part in several projects such as the films Private Number, and Stagecoach: the Texas Jack Story. Some of his recent TV credits include the series, Nikita, and Empire.

Considering how his career has played out, it’s likely that he’d earned most of his income from his various acting roles over the past few decades.

Though he has been in relationships in the past, he is currently single.

Does Judd Nelson Have Any Children?

No, as far as we know, Judd Nelson does not have any children.

Did Judd Nelson Go to College?

Yes, he went to Haverford College after graduating from high school. According to reports, however, he left prior to completing his degree to study acting.

What is Judd Nelson Famous For?

Judd Nelson has starred in several films throughout the years including The Transformers: The Movie, St. Elmo’s Fire, and many others.

For his work in the television mini-series, Billionaire Boys Club, he received a Golden Globe Award nomination in 1987.

Unfortunately, we do not have any information on Judd Nelson’s whereabouts at this time.

What Kind of Car Does Judd Nelson Drive?

Details on Judd Nelson’s vehicle are not available.

How Much Money Did Judd Nelson Make Last Year?

At this time, we do not have any information on Judd Nelson’s annual salary.

Unfortunately, it doesn’t look like Judd Nelson is active on social media platforms such as Instagram and Twitter. Having said that, you can show your support on his official Facebook fan page, which you can check out here.