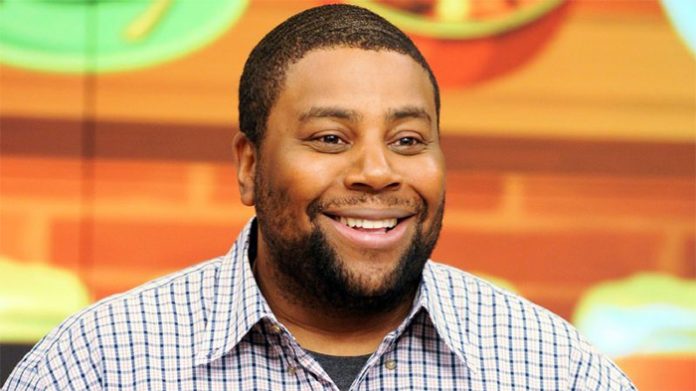 An actor and comedian, Kenan Thompson is perhaps best known for his appearances in Saturday Night Live, a sketch comedy that he’s starred in since 2003. Previous to that, he appeared in shows such as All That, Kenan & Kel, and Felicity.

In addition to his television career, he also has many film credits to his name. Some of these include Big Fat Liar, Barbershop 2: Back in Business, The Smurfs, and The Magic of Belle Isle. Most recently, he played a supporting character in the comedy, Going in Style, starring Michael Cain, Alan Arkin, and Morgan Freeman.

How much is he paid for being on Saturday Night Live? How wealthy is the television personality? As of 2018, Kenan Thompson is said to have accumulated a net worth of $9 million. Where did he bank most of this money from? We’ll be discussing this question below.

How did Kenan Thompson Make His Money & Wealth?

Born on May 10, 1978, in Atlanta, Georgia, Kenan Thompson acted for the first time in a school play at the age of fifteen. A year later, he landed his first role in the feature film, D2: The Mighty Ducks in 1994. From there, he was cast in the popular sketch comedy series, All That. Responsible for his initial rise to fame, it saw him playing various roles for the next five years.

From 1996 to 2000, he also starred as Kenan Rockmore in the Nickelodeon sitcom, Kenan & Kel. Critically acclaimed, the series garnered the young star much attention as a newcomer. Some of the other shows that he appeared in during that time include Sabrina, the Teenage Witch, The Amanda Show, and The Parkers.

Three years later, he received a big break after being cast in the long-running sketch comedy, Saturday Night Live. In fact, he has become one of the show’s longest-tenured cast members, having starred in the show for 15 years. In 2017, he and the crew received a Primetime Emmy Award nomination for their work on the program.

How much is he paid as one of Saturday Night Live’s main cast members? While the exact figures have not been disclosed, it’s likely that he makes tens of thousands of dollars per episode (especially considering how long he’s been on the show). On top of their base salary, it’s also said that performers can earn an additional $1,500 per episode for writing their own sketch.

Aside from Saturday Night Live, Thompson has worked on several other TV shows over the past decade such as Wild ’N Out, Crank Yankers, Sit Down, Shut Up, iCarly, and F Is For Family, to name a few. In 2016, he also starred in the variety show, Maya & Marty.

As you can probably expect, the actor has also worked on a number of films over the years. Since his big-screen debut in D2: The Mighty Ducks, he has appeared in many other titles such as Big Fat Liar, My Boss’s Daughter, Fat Albert, The Smurfs, and They Came Together. Most recently, he played a small role in the comedy film, Going in Style in April 2017.

Does Kenan Thompson Have Any Children?

Did Kenan Thompson Go to College?

No, he did not attend college. Instead, he had launched his acting career in his teens.

What is Kenan Thompson Famous For?

Kenan Thompson is best known as one of the main cast members of NBC’s Saturday Night Live. As of 2018, he has starred on the show for 15 years.

Kenan Thompson and his family live in Atlanta, Georgia. Unfortunately, that’s all the information that we have at this time.

What Kind of Car Does Kenan Thompson Drive?

Details on Kenan Thompson’s vehicle are not available.

How Much Money Did Kenan Thompson Make Last Year?

Unfortunately, details on Kenan Thompson’s annual earnings are unavailable at this time.

Aside from Saturday Night Live, Thompson has been involved with several TV shows over the past year including Nature Cat and Going in Style. According to his IMDb page, he is currently working on a few titles including Master Maggie, and Amusement Park.

What’s the comedian up to? Did you know that you can find him on social media? For instance, you can follow him on Twitter at @Officialkenan. On Facebook, you can also drop by his official fan page here.