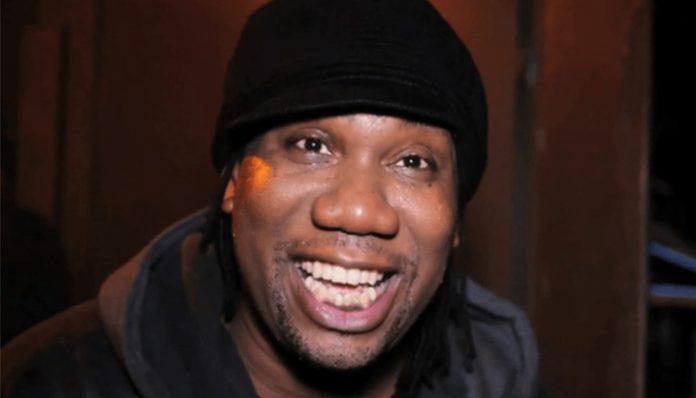 Known for his contributions to gangsta and conscious rap, KRS-One rose to prominence in the mid-80’s as a member of the hip-hop collective, Boogie Down Productions. To date, they’ve released six albums, the latest of which- The BDP Album came out in 2012.

In addition to his work with the group, he’s also embarked on a solo music career. Since the release of his debut album, Return of the Boom Bap in 1993, he has dropped a number of records including Keep Right, Life, and The Sneak Attack, among many others. Most recently, he issued The World is Mind in 2017.

With all that he’s done over the years, how much has he pulled in money-wise? How well off is the rapper? How rewarding has his career been? According to various sources, KRS-One has accumulated a net worth of $6 million as of 2018. Below, we’ll be taking a look at where his income comes from.

How did KRS-One Make His Money & Wealth?

Born on August 20, 1965, in New York City, New York, KRS-One was raised single-handedly by his mother in The Bronx. Wanting to pursue a music career, he eventually left home at the age of sixteen. Several years later, he and a few friends formed a hip-hop group called Boogie Down Productions. Their debut album titled, Criminal Minded was released in 1987.

Over the next several years, they released a handful of albums including By All Means Necessary, Edutainment, Ghetto Music: The Blueprint of Hip-Hop, and Sex and Violence. Some of their most popular singles from the titles include Jack of Spades, Why Is That?, You Must Learn, and Love’s Gonna Get’cha (Material Love).

Known for pioneering the fusion of hip-hop music and dancehall reggae, the group ultimately set the stage for what would later become gangsta rap.

Following the group’s disbandment in 1992, KRS-One embarked on a solo music career. His first studio album, Return of the Boom Bap came out a year later in 1993. By the end of the 90’s, he had released two additional albums, KRS-One and I Got Next.

Continuing to release music into the 2000’s, the rapper delivered multiple albums over the next decade including Spiritual Minded, Keep Right, Life, Adventures in Emceein, and Maximum Strength. During that period, he also released two collaborative albums, Hip Hop Lives and Survival Skills with Marley Marl and Buckshot respectively.

Fast forward to the 2010’s, and KRS-One has shown no signs of slowing down. In fact, he recently dropped the album, The World is Mind in 2017.

In addition to his music career, the rapper also has an extensive list of TV credits to his name. Some of the shows that he’s appeared in include Rhyme & Reason, Beef, 5 Sides of a Coin, Hip-Hop Honors, and The Art of 16 Bars, to name a few.

As far as other ventures go, he has published four books, the first of which (i.e. Break the Chain KRS-ONE) came out in 1994.

Previously, he was married to Ramona Parker aka “Miss. Melodie”.

Does KRS-One Have Any Children?

He had a son named Randy Hubbard Parker. In 2007, he was found dead in his apartment in an apparent suicide; he was twenty-three at the time.

Did KRS-One Go to College?

No, KRS-One has not gone to college. Instead of that, he had chosen to pursue a rap career.

What is KRS-One Famous For?

KRS-One rose to prominence in the 1980’s as a member of the hip-hop collective, Boogie Down Productions. Since their disbandment, he has enjoyed a successful solo music career.

Where Does KRS-One Live now? Pictures of KRS-One’s House

Though it isn’t confirmed, it’s assumed that he currently lives in The Bronx, New York City. Unfortunately, that’s all the information that we have at this time.

What Kind of Car Does KRS-One Drive?

Details on KRS-One’s vehicle are not available.

How Much Money Did KRS-One Make Last Year?

Unfortunately, details on KRS-One’s annual earnings are unavailable at this time.

As mentioned earlier, KRS-One recently released a studio album titled, The World is Mind on May 9, 2017. Among the tracklist were the songs You Like Me, No Problems, You Ain’t Got Time, and Keep Clicking, any many others.

Did you know that KRS-One is active on several social media platforms? That’s right- you can find him on Twitter at @IAmKRSOne or on Instagram at @teacha_krsone. If you haven’t already done so, be sure to subscribe to his YouTube channel for his latest music videos.