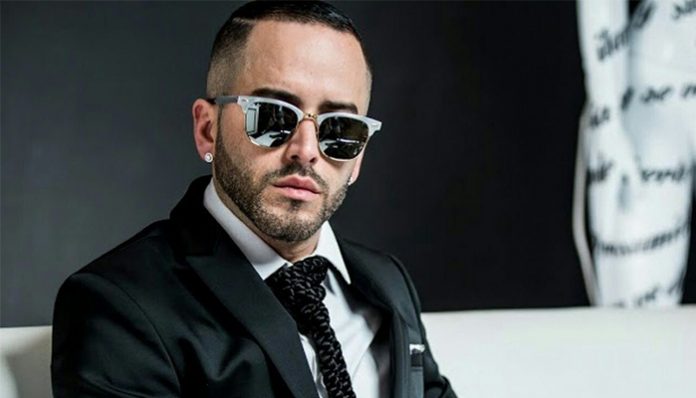 Hailing from Puerto Rico, Yandel rose to prominence as one-half of the reggaeton duo, Wisin & Yandel. Throughout the years, the pair has released a number of records such as De Nuevos a Viejos, Pa’l Mundo, and Lideres, among others. In 2010, they won a Grammy Award for their album, Los Extraterrestres.

As a solo artist, the rapper has also dropped several titles over the years. In fact, he recently released his fourth album, Update in 2017. Some of his other popular works include Dangerous, De Cider a Leyenda, and Legacy: De Lider a Leyenda Tour.

How well off is he now, considering all that he’s managed to accomplish in the music scene? How much has he earned from his endeavors with Wisin? According to various online websites, Yandel has accumulated a net worth of $40 million throughout his career so far. Where did he earn this fortune from? Let’s have a look.

How did Yandel Make His Money & Wealth?

Born on January 14, 1977, in Puerto Rico, Yandel grew up with his two siblings in the city of Cayey. Fond of music ever since he was young, he would later form a music duo with Wisin, one of his friends from school, in his early twenties. In 2000, they released their first album titled, Los Reyes del Nuevo Milenio. From there, they eventually came out with their major label debut, Mi Vida…My Life in 2003.

A mild success, the album contained a total of 25 tracks, two of which (i.e. Guayale El Mahon and Esta Noche Hay Pelea) were later released as singles. Within a few weeks of its release, it peaked at number 56 on the US Top Latin Albums music chart.

Ultimately, it wasn’t until they released their fifth album, Pa’l Mundo that they started to gain mainstream attention. A commercial success, it has since sold more than 3 million copies worldwide. Supported by four singles, it eventually received gold accreditation in the US.

From there, they gained further fame with the release of their next three albums, Los Vaqueros, Wisin vs Yandel: Los Extraterrestres, and Wisin & Yandel Presentan: La Mente Maestra. Altogether, more than three million copies have been sold across the world.

Since then, the pair has followed up with three projects- La Revolucion, Los Vaqueros: El Regreso, and Lideres. While successful, none of them rivaled the performance of their previous efforts.

In addition to his work with Wisin, Yandel has also enjoyed a successful solo career. Since the release of his debut album, Queen Contra Mi in 2003, he has also given rise to De Lider a Legend, Dangerous, and Update, the last of which came out in September 2017.

In support of his albums, the Puerto Rican singer has also embarked on a couple of concert tours in the past. For instance, he had gone on the Del Lider a Legend VIP Tour in 2014, and on the Dangerous Tour in 2016.

For those who are interested in seeing him perform live, he has a couple of shows planned for later this year. For more information, please visit his official website.

Yes, he has been married to Edneris Espada Figueroa since 2004.

Does Yandel Have Any Children?

He has two sons with his wife named Adrian and Dereck.

Did Yandel Go to College?

No, Yandel has not gone to college as far as we know.

What is Yandel Famous For?

Yandel is perhaps best known for his work with Wisin, as one-half of the music duo, Wisin & Yandel. As a solo artist, he has also released a number of albums over the years.

Where Does Yandel Live now? Pictures of Yandel’s House

Yandel currently lives in Puerto Rico. Unfortunately, that’s all the information that we have at this time.

What Kind of Car Does Yandel Drive?

Details on Yandel’s vehicle are not available.

How Much Money Did Yandel Make Last Year?

Unfortunately, details on Yandel’s annual earnings are unavailable at this time.

Wondering what the rapper is up to? If so, why not give him a follow online? You can find Yandel on Instagram at @Yandel and on Twitter at @Yandeloficial. For the latest news and announcements, don’t forget to also visit his official Facebook page.