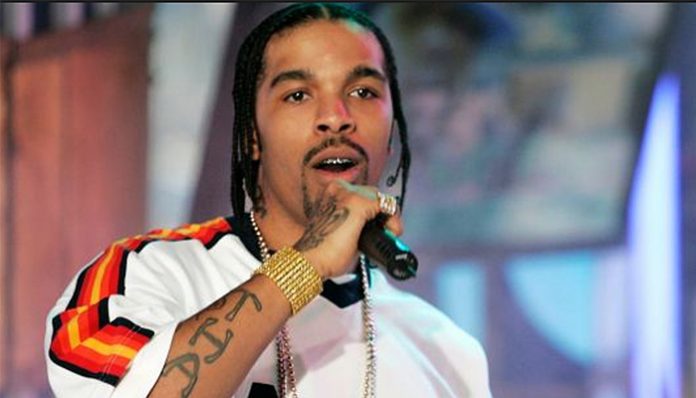 A Houston-based rapper, Lil Flip has churned out several hits such as Sunshine, Game Over, and The Way We Ball. A former freestyle and battle rapper, he had released his debut album, The Leprechaun in 2000. Since then, he has followed up with many titles including U Gotta Feel Me, Respect Me, Ahead of My Time, and I Need Mine, to name a few.

Aside from his music career, he has also worked on a few films such as Def Jam: Fight for NY, April Fools, and Bikes and Babes: This is How We Do. At one point, he even made a brief appearance in the NBC television series, Las Vegas.

Taking into account all that he’s been involved with, how successful is he today? How much has he raked in throughout his career? From what we could find out, Lil Flip’s current net worth is around $4 million. What are some of his biggest projects to date? Let’s have a look.

How did Lil Flip Make His Money & Wealth?

Born on March 3, 1981, in Houston, Texas, Lil Flip launched his musical career as a battle and freestyle rapper in his teens. Ultimately, it wasn’t until 1999 that he secured his first music deal with an independent label, through which he later released his debut album, The Leprechaun. A decent hit, it eventually caught the attention of DJ Screw, who subsequently added him to his rap group.

Two years later, Lil Flip signed with Columbia Records. Shortly afterward, he released his debut album, Underground Legend. One of his first records to receive RIAA certification, it had reached as high as number 12 on the Billboard Top 200.

His second album, U Gotta Feel Me was dropped in 2004. Featuring guest vocals from Three 6 Mafia, Will-Lean, and Cam’ron, among a few others, it had entered the Billboard 200 chart at number four, with close to 200,000 first week sales. One of his best-selling albums of all time, it ultimately gave rise to Sunshine (Feat. Lea), his biggest hit to date.

Following that, it wasn’t until 2007 that he released a third title titled, I Need Mine. Praised for its solid delivery, the album boasted several tracks including Ghetto Mindstate (Can’t Get Away), Tell Me, and Cruise Control.

Though the rapper hasn’t released any new albums since he has dropped several mixtapes over the past few years. In fact, he had recently come out with King and Life in March 2018. Prior to that, he had also delivered an EP titled, G.

In addition to his solo releases, Lil Flip has also contributed to many collaborative albums throughout his career such as All Eyes on Us (with Young Noble), Connected (with Mr. Capone-E), and Kings of the South (with Z-Ro). Some of the other artists that he’s worked with include Gudda Gudda, DJ Michael 5000 Watts, and Da Stoner$.

Naturally, a portion of his income would come from musical releases. On top of that, however, he, like most artists, also rakes in a decent amount of earnings from shows and concerts. In fact, he will be performing in a few cities later this spring.

No, as far as we know, Lil Flip is not married.

Does Lil Flip Have Any Children?

Lil Flip has a young son from a previous relationship.

Did Lil Flip Go to College?

No, Lil Flip has not gone to college.

What is Lil Flip Famous For?

Lil Flip rose to fame in the early 2000’s with the release of his albums, Undaground Legend and U Gotta Feel Me. Today, his most popular singles include Game Over (Flip), and Sunshine (Feat. Lea), both of which have received RIAA certification.

Lil Flip currently lives in Houston, Texas. Unfortunately, further information is not available at this time.

What Kind of Car Does Lil Flip Drive?

Information on Lil Flip’s vehicle is not available.

How Much Money Did Lil Flip Make Last Year?

Details on Lil Flip’s earnings for 2017 are unavailable at this time.

As mentioned earlier, Lil Flip has come out with two new mixtapes this year, Life and King, both of which were released in March 2018. In addition to that, he has also released the EPs, G, N, and I.