What Happened to Gretchen Wilson? – 2018 Update 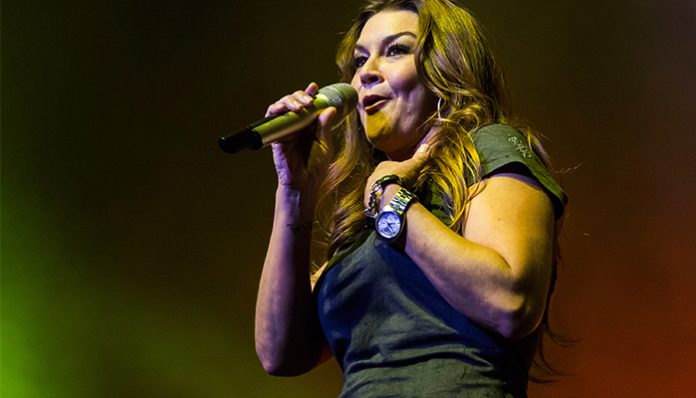 A Grammy Award winner, Gretchen Wilson is perhaps best known for her singles, Redneck Woman, Here for the Party and All Jacked Up. A successful artist, she has sold more than 8 million records across the world. Compared to before however, the singer hasn’t been as active on the music front as of late. What has she been up to recently?

What is Gretchen Wilson Doing Now in 2018?

While it may be true that the singer isn’t as active as she was before, she’s still very much involved with the music scene. In fact, she had recently put together a new album titled, Ready to Get Rowdy last year, after staying out of the spotlight for three years. Released through Redneck Records, it included twelve tracks, one of which is a collaboration with Kid Rock. Some titles from the tracklisting include: Salt Mines, Big Wood Deck, Hard Earned Money, Whiskey and My Bible, and I Ain’t That Desperate Yet.

Prior to that, her last album had been Under the Covers, which was released in 2013. Though it didn’t perform as well as those that she’d released in the 2000’s, it had still managed to reach the Billboard Top 200 at number 40.

What had led her to go on hiatus? According to a recent interview, the country singer had decided to step away from the spotlight after feeling “worn out” from non-stop touring in the previous years. As her popularity grew, so did the demands of her job. Though it was an honor to travel and perform across the world, her busy schedule had kept her away from home, and her family. As a result, she put a temporary halt on her music career- ultimately, it was the right move, both for her emotional and physical health.

For the most parts, she focused on spending time with herself during her hiatus. In her words, “normal things” that other people take for granted.”

Three years later, she made her return to the music scene. In fact, she announced that she was working on a new album not long after coming out of her hiatus. Though she’s nervous to be back, she has also been craving the excitement of putting on onstage performances. With that said, Wilson has stated that she does not plan on going back to as busy a touring schedule as she was before. Instead, she will be taking it slowly, in order to find “a rhythm that works for her.”

While she doesn’t plan on going on tour this year, she will be performing a couple of shows later this summer, for those who are interested in seeing her perform on stage. For more information on the dates and venues, please visit her Facebook page.

Born on June 26, 1973, in Pocahontas, Illinois, Gretchen Wilson was raised single-handedly by her mother in a trailer park. After dropping out of high school during the ninth grade, she worked various jobs to support herself. As one thing led to another, she eventually found herself singing for a local cover band. From there, she decided to move to Nashville in order to pursue a music career. For the next four years, she worked in cars while waiting for her big break.

With a little bit of luck, she was eventually discovered by the country music duo, Big & Rich, who had heard her perform one night. Impressed by her abilities, they eventually introduced her to Nashville Records.

Not long afterward, she signed with Sony Music Nashville in 2003. A year later, she released her major-label debut, Here for the Party, which proved to be an immense hit. Nominated for four Grammy Awards, it had topped the Billboard Top Country Albums upon its release. A 10-track project, it ultimately gave rise to the platinum hit, Redneck Woman and the gold hit, Here for the Party.

Over the next several years, she put together several additional albums including One of the Boys, All Jacked Up, Right on Time, and Under the Covers. In support of the records, Wilson also frequently went on tour across the world.

As of 2018, the country singer has been nominated for eleven Grammy Awards, one of which resulted in a win (i.e. Redneck Woman for Best Female Country Vocal Performance in 2005).

As mentioned earlier, the singer has decided to give herself a break, after feeling “worn out” from non-stop touring in the early 2010’s. The last album that she had released prior to her hiatus was that of Under the Covers in 2013. Ultimately, it wasn’t until three years later in 2017, that she returned with a new album, Ready to Get Rowdy. In the years between, she had enjoyed some much-needed time for herself; a break.

Now that her break is over, however, we can probably expect to see more from her over the next few years.