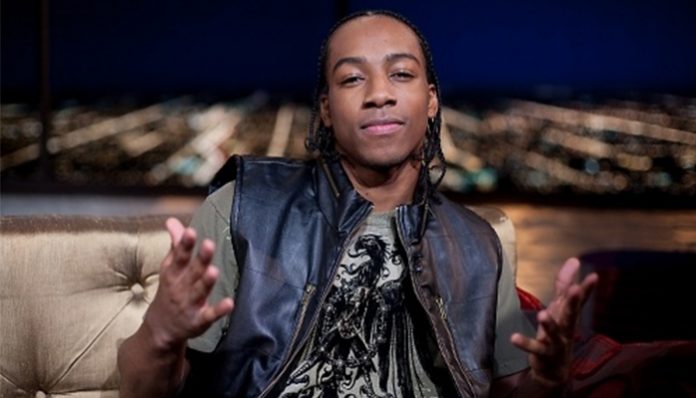 Hailing from Arkansas, Lil JJ is perhaps best known for playing the titular role in the Nickelodeon sitcom, Just Jordan. Prior to that, however, he had made himself known on the sketch comedy series, All That (which also happened to be his television debut). A stand-up comedian, he has since also starred in shows such as Men of a Certain Age, and The Rickey Smiley Show.

Over the past several years, he has also appeared in several films such as The Janky Promoters, Peep Game, And They’re Off, and Brotherly Love. Later this year, he will be making an appearance in the comedy, The Workout Room.

How is the comedian/actor doing for himself nowadays? How much has he raked in from his various television and film endeavors? From our research, Lil JJ’s current net worth hovers around the $500,000 mark. Where do most of his income come from? Hopefully, we’ll be able to answer this question for you below.

How did Lil JJ Make His Money & Wealth?

Born on October 31, 1990, in Little Rock, Arkansas, Lil JJ has been cracking jokes ever since he was a young boy. A natural comedian, he eventually made himself known as one of the country’s youngest stand-ups after winning the talent search, Coming to the Stage at the age of thirteen. Not long afterward, he was given a walk-on role in the Nickelodeon sketch comedy, All That, which also doubled as his television debut.

Introduced as a cast member in the tenth and final season, he ultimately starred in 15 episodes before moving on to his next project, Romeo!. From there, he received a breakthrough after landing a lead role in the sitcom, Just Jordan. Part of Nickelodeon’s TEENick lineup, the cast also included Justin Chon, Eddy Martin, Raven Goodwin, and Beau Billingslea. One of his first major roles on television, he would have been paid a decent amount for starring in the show.

A year after it came to an end, he played the part of Daushaun in the comedy-drama, Men of a Certain Age. Premiered in December 2009, the program also starred Ray Romano, Scott Bakula, Lisa Gay Hamilton, and Andre Braugher. After appearing as one of the main cast members in the first season, he returned as a recurring character in the second season.

Since then, Lil JJ has also co-starred in the TV One sitcom, The Rickey Smiley Show. Starring Rickey Smiley as himself, the show aired for three seasons before being canceled in 2014.

Aside from television, the comedian has also appeared in a few films; these include: Peep Game, The Janky Promoters, And They’re Off, and Brotherly Love. Sometime later this year, he will also be making an appearance in the comedy title, The Workout Room

Aside from his television/film career, Lil JJ also performs stand-up on a regular basis. Naturally, said shows would also contribute to his overall income. In the past, he has also released a sketch comedy DVD titled, Almost Grown in 2008.

As far as we know, Lil JJ is not married. With that said, he has never been one to divulge much about his personal life.

Does Lil JJ Have Any Children?

No, Lil JJ does not have any children.

Did Lil JJ Go to College?

Yes, he went to Arkansas Baptist College, where he graduated in 2013.

What is Lil JJ Famous For?

Though he initially rose to fame in the sketch comedy, All That, it wasn’t until he starred in the Nickelodeon sitcom, Just Jordan that he became a teen star.

Lil JJ currently lives in his hometown in Arkansas. Unfortunately, further details on his abode are not available at this time.

What Kind of Car Does Lil JJ Drive?

Information on Lil JJ’s vehicle is not available.

How Much Money Did Lil JJ Make Last Year?

Details on Lil JJ’s earnings for 2017 are unavailable at this time.

As mentioned earlier, he will be appearing in an upcoming comedy film called, The Workout Room later this year.

What’s the comedian up to nowadays? If you’re a fan, why not follow him on social media? You can find Lil JJ on a few platforms such as Instagram and Twitter at @IamJayLewis. As far as we can tell, he is currently not active on Facebook.