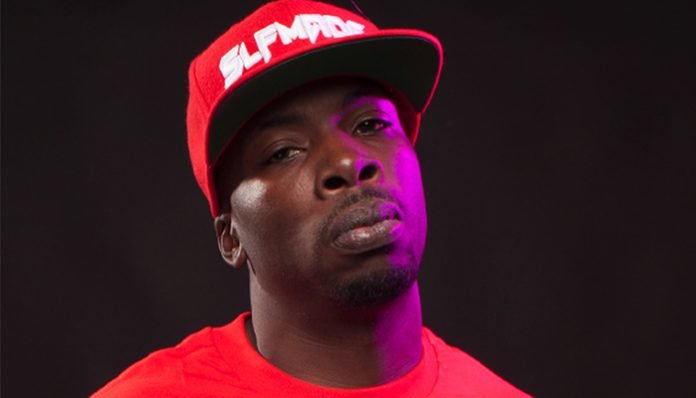 A Houston rapper, Lil Keke has been active in the music scene since the early 1990’s. An original member of the hip-hop collective Screwed Up Chicken, he had dropped his solo debut album, Don’t Mess wit Texas in 1997. Since then, he has churned out well over a dozen records. His most recent album, Slfmade was released in 2016.

Aside from his solo releases, he has also collaborated with many artists over the years. For instance, he has worked with The Jacka, Big Pokey, Slim Thug, and Big Hawk, to name a few. Some of his collaborative albums include The Big Unit, Wreckin’ 2004, and Str8 Out da Slums.

How is the Texas native doing for himself nowadays? How much has he managed to bank on his rap endeavors? From what we could find online, Lil Keke’s current net worth stands at around $1 million. What are some of the things that contribute to his overall income? Let’s take a look at that below.

How did Lil Keke Make His Money & Wealth?

Born on March 29, 1976, in Houston, Texas, Lil Keke initially made himself known as a member of the Southern hip-hop collective, Screwed Up Click in the early 90’s. Ultimately, it wasn’t until a few years later that he launched himself a solo music career. In 1997, he gained widespread attention for his single, Southside, which was taken from his debut album, Don’t Mess wit Texas.

From there, it wasn’t long until he released his second album, The Commission. An hour in length, it came with fourteen tracks- seven of which were new; some highlights include It’s Going Down, Fo Sure, Comin’ Down, and Don’t Mess Wit Texas. His first record to chart on the Billboard 200, it eventually spawned the single, Southside.

By the time the new millennium arrived, Lil Keke had added two additional albums to his catalog- It Was All a Dream and Peepin’ In My Window, the first of which made it onto the Top R&B Albums chart. Over the next decade, the rapper continued to churn out new hits such as Birds Fly South, Currency, Changin’ Lanes, and Loved by Few, Hated by Many. His most recent title, Slfmade, was released in April 2016.

Aside from his solo albums, the rapper has also released a number of collaborative albums over the years such as Bad Company, Still Wreckin’, Standing Ovation and From the Southside to WTX. Some of the artists that he’s worked with include Big Hawk, Don Chief, Big Pokey, and The Jacka, among others.

Considering his work as a recording artist, it only makes sense that his musical releases contribute to his overall income. Having said that, however, he does have other things going for him; for instance, he also earns a decent amount of money from putting on concerts. In fact, he has one scheduled later this month in Texas.

If you want to support him, he also has an official merchandise store here, where you can buy various items such as t-shirts and hats.

No, Lil Keke is not married as far as we know.

Does Lil Keke Have Any Children?

No, Lil Keke does not have any children.

Did Lil Keke Go to College?

From what we can tell, Lil Keke has not gone to college.

What is Lil Keke Famous For?

Lil Keke is perhaps best known for his work in the singles, 25 Lighters, Pump Tha Pen, and Knocking Doors Down.

Where Does Lil Keke Live now? Photos of Twist’s House

Lil Keke currently lives in Houston, Texas. At this time, that’s all the information that we have on his location.

What Kind of Car Does Lil Keke Drive?

Information on Lil Keke’s vehicle is not available.

How Much Money Did Lil Keke Make Last Year?

Details on Lil Keke’s earnings for 2017 are unavailable at this time.

Though he hasn’t come out with any new songs, he did recently land a few features in Mr. CAP’s Today Was a Great Day, Bun B’s Knowwhatimsayin and Chee Ali’s Can’t Show No Weakness. As mentioned earlier, he also has a concerted planned for later this month.

Want to know what the rapper’s up to? If so, why not follow him on social media? You can find Lil Keke at @DonKe713 on both Instagram and Twitter. On Facebook, he also has an official fan page which you can check out here.