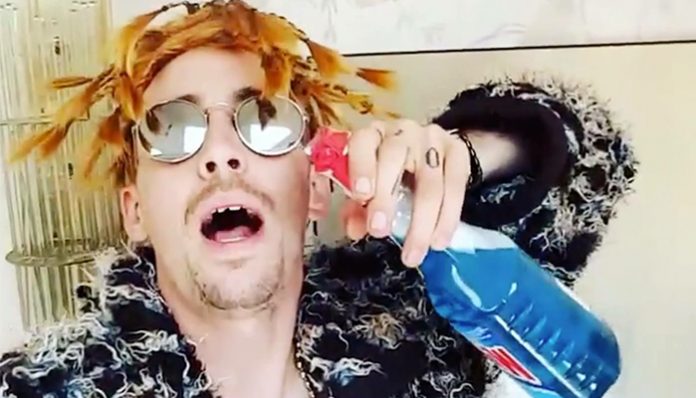 A Canadian rapper, Lil Windex recently gained attention for his widely circulated single, Cleanin Up. Known for his gold chains and grills, he has gained thousands of followers over the past year. On Soundcloud alone, he has more than 11,000 fans tuning to his jams.

Though he has yet to release a full-length album, he’s proved himself to be quite a capable rapper with many tracks such as F.M.U., San Pellegrino, Mill, and I Just to his name. As far as collaborations go, the rapper has also worked with artists such as Mugg Shot, Prada West, and Riff Raff, to name a few.

How is the newcomer doing for himself in the hip-hop scene? Has he managed to pull in a decent income? How well-off is he? From what we could find online, Lil Windex’s current net worth is around $250,000. What has contributed to his wealth so far? This is one of the questions that we’ll be exploring down below.

How did Lil Windex Make His Money & Wealth?

Despite his name, Lil Windex has no official affiliation with the blue window cleaner. Hailing from Mission, British Columbia, he had received the said moniker from his friends as a teen. An enigma of sorts, not much is known about the rapper at this time, aside from the fact that he dons blonde braids, gold chains, and grills.

Last summer, the rapper gained significant buzz with the release of his debut single, Cleanin Up. A satirical parody of modern rappers, the track also sees him playing off his own name as a pun. Despite having seemingly come out of nowhere, it quickly caught on, garnering him thousands of fans in the process. In fact, it’s accompanying music video has already been streamed over 7.8 million times on YouTube. On Soundcloud, the track has also racked up more than 1 million plays.

Since then, he has dropped a few other singles such as Bitcoin Cash, I Just, Mill, and P$A, all of which have proved to be popular among fans. Combined, the said titles have been played hundreds of thousands of times on Soundcloud to date.

Aside from his solo releases, Lil Windex has also done a handful of collaborations over the past year, some of which include Downer by Riff Raff & DJ Afterthought, Problems by Prada West, and Sauce by Kryple. Some of the other artists that he’s worked with include Merkules, Caspian, Lil HBK, and Mugg Shot.

Considering the popularity of Cleanin Up, it’s likely that the rapper has earned himself a decent amount of royalties from the song. Of course, his subsequent releases would have also contributed to his overall income. As he continues to churn out hits (and perhaps a full-length album sometime in the near future), chances are, he’ll gain more opportunities to distinguish himself in the hip-hop realm. If anything, he might just start putting on shows and concerts for his fans.

Though not much is known about Lil Windex’s personal life, it’s likely that he is not married.

Does Lil Windex Have Any Children?

No, Lil Windex does not have any children.

Did Lil Windex Go to College?

From what we know, Lil Windex has not gone to college.

What is Lil Windex Famous For?

Lil Windex recently gained attention with the release of his 2017 hit, Cleanin Up. His breakthrough record, it has already amassed millions of streams online.

Lil Windex currently lives in Mission, British Columbia. Unfortunately, that’s about all we have on his location at this time.

What Kind of Car Does Lil Windex Drive?

Unfortunately, we do not have any information on Lil Windex’s vehicle.

How Much Money Did Lil Windex Make Last Year?

At this time, we do not have any details on Lil Windex’s 2017 earnings.

Earlier this year, Lil Windex dropped a new track, Bitcoin Cash, which has since gained rave reviews from fans. On top of that, he has also landed a few features in the songs San Pellegrino, Problems. and Sauce. For now, it’s unknown whether or not he will be releasing an album in the near future.

Want to support Lil Windex online? If so, why not follow him on social media? You can find the man on Twitter (@ItsLilWindex) or Instagram (@LilWindex). On YouTube, most of his music videos are also available for streaming on his channel, which you can visit here.