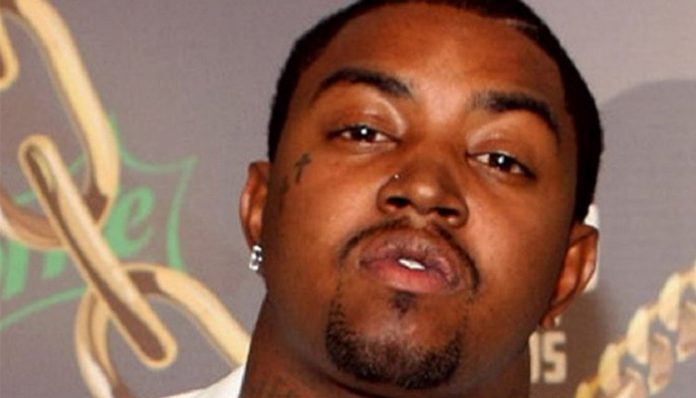 Hailing from Atlanta, Lil Scrapper is perhaps best known for his 2006 hit, Money in the Bank (Remix). In the years since he has come out with several titles including the albums Prince of the South and The Gru$tle. His most recent release, Merlo’s Way was dropped in 2015.

Over the past few years, the rapper seems to have shifted his focus to television. For instance, he has been appearing on and off in VH1’s reality series, Love & Hip Hop: Atlanta since 2012. In addition to that, he has also been featured in the shows Leave It To Stevie and Love & Hip Hop: Miami.

With all that he’s managed to accomplish, how successful is he? How much has he raked in from his music and television endeavors? How well off is the 34-year-old? According to some websites, Lil Scrappy’s current net worth is around $700,000. What are some of the things that contributed the most to his wealth? We’ll be taking a look at this below.

How did Lil Scrappy Make His Money & Wealth?

Born on January 19, 1984, in Atlanta, Georgia, Lil Scrappy has been rapping since the early 2000’s. As it’d happened, he was eventually discovered by Lil Jon while performing at a local bar. After signing to his music label, BME Recordings, he made himself known with the single, Head Bussa in 2003.

A year later, the rapper worked with Trillville on the split album, The King of Crunk: Trillville & Lil Scrappy. A hip-hop and crunk record, it featured ten tracks on the “Lil Scrappy Side”, some of which included Diamonds in My Pinky Ring, Crunk Radio, No Problem, and Bootleg.

Not long afterward, he dropped his debut album, Bred 2 Die – Born 2 Live in 2006. Complete with 19 tracks, it included guest vocals from Young Duo, Young Buck, Yung Joc, and Lil Jon, among a few others. An overall success, it had reached number 24 on the Billboard 200.

As a follow-up, he later released Prince of the South in 2008. Produced by Big Hollis and Derrick Johnson, the album gave rise to fifteen tracks including The World is Mine (Feat. Lil Flip), and Wassup, Wassup (Feat. J-Bo). Though not as successful as his debut title per se, it eventually did reach number 28 on the US Independent music chart.

Since then, the rapper has also released the albums Prince of the South 2 and The Gru$tle, both of which charted on the US Top R&B Albums. On top of that, he’s also churned out several mixtapes over the years including Dats Her? She’s Bad, Tha Merlo Jones EP, Grustling 101, and Merlo’s Way.

In addition to his solo work, Lil Scrappy has also landed features in the works of Crime Mob, Trillville, Lil Jon, and P$C, among others. Some of these titles include Neva Eva, Knuck If You Buck, I’m a King and Rock Yo Hips.

On top of his music career, the rapper has also made himself known on reality television. In fact, he is currently featured in three separate shows: Love & Hip Hop: Atlanta, Leave It To Stevie, and Love & Hip Hop: Miami.

He is not married. In the past, he dated Bammbi Benson.

Does Lil Scrappy Have Any Children?

He has a daughter named Emani Richardson.

Did Lil Scrappy Go to College?

No, Lil Scrappy has not gone to college.

What is Lil Scrappy Famous For?

As a rapper, Lil Scrappy is perhaps best known for his debut album, Bred 2 Die Born 2 Live. In the recent years, he has also gained attention in the shows Love & Hip Hop: Atlanta and Love & Hip Hop: Miami.

What Kind of Car Does Lil Scrappy Drive?

Unfortunately, we do not have any information on Lil Scrappy’s vehicle.

How Much Money Did Lil Scrappy Make Last Year?

At this time, we do not have any details on Lil Scrappy’s 2017 earnings.

As mentioned earlier, the rapper recently made a few appearances on VH1’s Love & Hip Hop Miami. On the music front, Lil Scrappy hasn’t released any new albums since 2012. For now, it’s unknown whether or not he will be making a come back in the future.

Want to support the artist? If so, why not follow Lil Scrappy online? The rapper’s active on a few social media outlets including Twitter and Instagram at @RealLilScrappy. On Facebook, you can also drop by his fan page by clicking here.