What Happened to Tarek and Christina? – 2018 Update 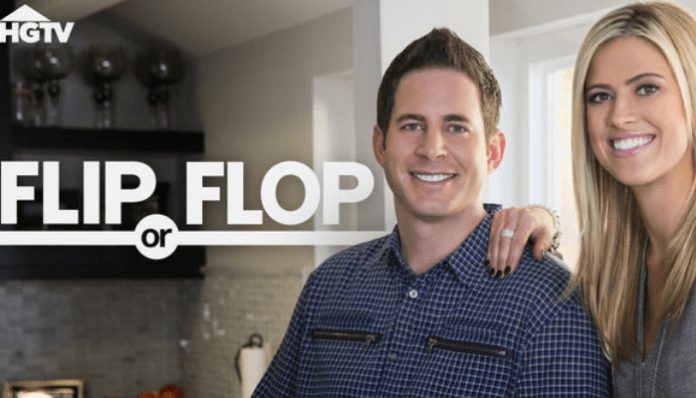 Christina and Tarek El Moussa rose to fame for their HGTV reality series, Flip or Flop. Premiered in 2013, the show follows the pair as they purchase, flip, and resell homes in different parts of the U.S. Incredibly successful, it ran for seven seasons, before coming to a halt in 2017. What have they been up to since? Where are the two now?

What are Tarek and Christina Doing Now in 2018?

During the filming of season six, the couple had secret split due to issues that had arisen in their marriage. Months later, in 2017, they filed for divorce; as a result, the reality show that they shared, Flip or Flop also came to a halt. The latest season aired on August 25, 2017.

What led the pair to separate? According to reports, the couple had decided to split after an alarming incident in the family home, one that involved a gun. With that said, Christina has stated that their marital problems had started long before. For instance, tension had grown between them after she was forced to return to work just four weeks after giving birth to their son Brayden, due to business piling up.

From there, the couple’s communication also went downhill. According to the HGTV star, it got to a point where they simply weren’t able to “talk to each other anymore,”

Following their split, Christina felt a huge relief. The couple later officially filed for divorce in January 2017. As for their young children, they’re allegedly transitioning well with support from the family.

Has she appeared in any TV shows over the past year? The answer is- yes. Aside from Flip or Flop, the blonde has made appearances on Entertainment Tonight, Celebrity Page, Daily Pop, Good Morning American and Extra. As for her ex-husband, he has also been featured on shows such as The Doctors, and Home & Family, among others.

As far as future plans go, both Christina and Tarek have been pursuing their own projects. Allegedly, the former is aiming to get out of her HGTV contract, in order to front her own interior design series. With that said, nothing is set for stone. For now, the future of Flip or Flop is still up in the air.

About Christina and Tarek

Hailing from Anaheim, Christina grew up in Southern California, where she began working as a real estate agent after college. Ultimately, it was then that she met her future-husband, Tarek, who had also obtained a real estate license at the age of 21. After a period of dating, the pair tied the knot in 2009; they later had two children, a son named Brayden and a daughter named Taylor.

In 2011, Tarek decided to audition for HGTV. For the project, he and his friend recorded their entire house-flipping process from beginning to end. Interested in what they had to offer, the network eventually negotiated a TV show with the couple. In 2012, they officially signed the pair to a weekly television program, one that showed the process of buying, renovating, and flipping distressed property.

While Tarek works to find and renovate the homes, Christina handles the design aspect of the new spaces. Premiered on April 16, 2013, Flip or Flop, as the show was called, quickly proved to be popular among fans, with millions of viewers tuning in every week.

Halfway through the season, a viewer who happened to be a registered nurse noticed a lump on Tarek’s neck. Concerned, he contacted the producers at HGTV; as a result, it was advised for Tarek to have his lump checked again (he had previously had it examined). In the end, doctors determined that he had stage two thyroid cancer. Fortunately, he was later able to recover with radiation treatment.

After discovering cancer, the couple had decided to bank his sperm, for in-vitro fertilization. After the first try failed, Christina suffered a miscarriage on the second attempt. Ultimately, it wasn’t until after they changed their approach to conception as well as doctors, that she became pregnant in 2015. Their second child, a son named Brayden James El Moussa was later born on August 20, 2015.

Following the birth of their son, however, Christina found herself going back to work within a few weeks, in order to keep up with their schedule. Overwhelmed, tension gradually built up between the couple. Unfortunately, things only got worse with time. Following an incident involving a gun in their California home in May 2016, the two officially split. A few months later in January 2017, they filed for divorce.

As a result of their separation, the fate of their reality series, Flip or Flop was left in the air for a while. In fact, it was rumored at one point that the show would be canceled before the seventh season. Despite the claims, however, the seventh season later aired on HGTV in 2017.