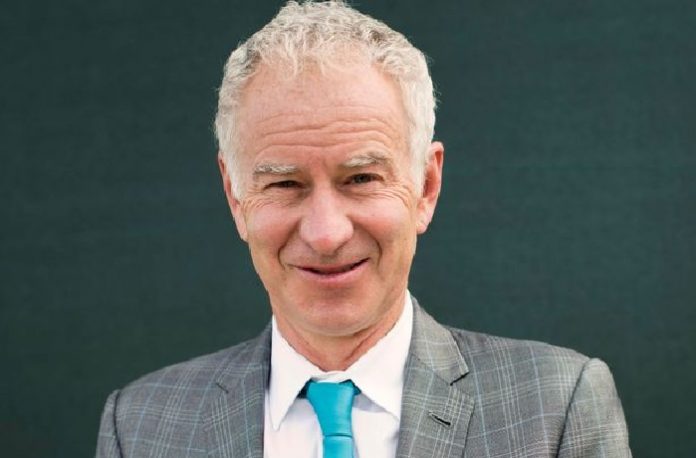 John McEnroe was one of the biggest stars of tennis during the 1980’s. Known not only for his ability to produce game-winning shots out of thin air on a regular basis, and the brutal efficiency of his volley game, it was his fiery temperament on-court that often gained him the most attention.

With an iconic image that made headbands cool and a series of intense rivalries with some of the best players of his era, John McEnroe is now considered to have been one of the greatest players in the history of tennis. Since his retirement from the sport, John McEnroe has been active as a tennis commentator on TV, and he’s pursued an interest in music and even had his own chat show, but how much did the 80’s bad-boy of tennis earn during his career? Read on to find out.

How Did John McEnroe make his money & wealth?

John Patrick McEnroe Jr. was born in Wiesbaden, West Germany on February 16th, 1959. His father, John Sr. was serving with the United States Air Force at the time, but when he finished his military service the following year the family moved to Douglaston in Queens, New York. John McEnroe began playing tennis at the local Douglaston tennis club at the age of eight, and within a year his parents had enrolled him in the Eastern Lawn Tennis Association.

John’s technical ability was apparent from a young age, he was playing in regional tournaments by the age of nine, followed by participation in National juniors tournaments. At the age of twelve, he had achieved a seventh-place ranking in his age group nationally, and he won a place at the Port Washington Tennis Academy in Long Island, New York.

John McEnroe graduated from Trinity School in 1977, and that same year he won the mixed doubles at the French Open alongside Mary Carillo. John was still an amateur that year but he also managed to qualify for Wimbledon in 1977 and made it to the semi-finals, where he lost to Jimmy Connors in a tightly-contested four-set battle. John’s performance that year was the best ever recorded by an amateur in the open era. This achievement and his immense talent saw him gain a professional endorsement deal the following year, and as a professional, he once again made it to the semi-final of a Grand Slam tournament, this time the US Open, where he once again lost to Connors.

A late season run of five title wins, including one at the Masters Grand Prix in straight sets against Arthur Ashe, gave John a final position of the number four ranked player for 1978, but in 1979 he landed the doubles title at Wimbledon with Peter Fleming, a feat the duo repeated at the US Open later that year. Just after his Wimbledon doubles win, John took his first Grand Slam singles title, at the US Open, becoming the youngest winner since 1948, and he finished the season with a win at the WCT Finals, against World no. 1 Bjorn Borg. John’s wins in 1979 totaled 17 doubles titles, with a further 10 singles titles, achieving another record for the open era, and he ended the year with a third-place ranking from the ATP.

1980 saw John McEnroe’s reputation as the bad-boy of tennis take root, after an outburst during his semi-final against Connors at Wimbledon. McEnroe went through to the final to face his greatest rival, Bjorn Borg, and he was heckled by the crowd who seemed determined to provoke John into losing his temper again, but instead, he and Borg produced the most memorable Wimbledon final in history. After an incredible five-set match McEnroe eventually lost to an almost unbeatable Borg, but he got his revenge at the US Open when he played an incredibly competitive match to win against Borg in five sets.

John’s fiery behavior almost became his trademark, but his skill on-court was consistently brilliant, he eventually won seven Grand Slam singles tournaments, three at Wimbledon and four at the US open, and nine doubles titles. He retired from singles in 1994 and doubles in 2006 after a career that netted him $12,500,000 in total winnings, but he has continued to play on the ATP Champions Tour where he often outplays top professionals less than half his age.

John McEnroe married actress Tatum O’Neal in 1986 and they had three children together, but the couple divorced in 1994 and he married for a second time in 1997, this time to singer Patty Smyth. John and Patty have had two daughters together, Ava and Anna, and they remain on good terms with John’s first wife Tatum and his three children from his first marriage.

John has been a regular face on TV, in such shows as 30 Rock, Saturday Night Live and Curb Your Enthusiasm, but perhaps his most lucrative TV job is one that only lasts for two weeks a year and earned him around $350,000 in 2017. John has been a regular commentator for the BBC at Wimbledon, and his popularity there, where he was once heckled onto the court, is second to none. John has also briefly hosted his own talk show, ‘McEnroe’ at CNBC in 2004, but it was not a success. He also hosted a game show ‘The Chair’ on ABC briefly and has appeared in big-screen films such as ‘Wimbledon’ in 2004 and ‘Borg/McEnroe’ in 2017, a depiction of the intense rivalry between the two greatest players of the time and their epic 1980 Wimbledon Final.

John and Patty own at least three West Coast homes, including a modern estate in Malibu that the couple bought in 2015 for a hefty $21 million. The property comes with seven bedrooms in 6,500 square feet and encompasses floor-to-ceiling ocean views throughout. There are a beach-side dining terrace, a library, and a walk-in wine cellar, but perhaps surprisingly, there’s no mention of a tennis court at the McEnroe family home.

John McEnroe has supported charities such as the animal welfare organization PETA, for whom he starred in a PSA in 2005, and he has worked extensively for the City Parks Foundation, where he co-chairs the City Parks Tennis Charity benefit, which raises funds for New York City municipal tennis programs for young people.

Apart from being considered one of the greatest players in the open-era of professional tennis, John McEnroe was a serving team captain for the US in the Davis Cup, and in 1999, he was included in the International Tennis Hall of Fame. He founded the John McEnroe Tennis Academy in 2010, based in Randall’s Island, New York, and he worked as part of the team coaching Milos Raonic in 2016.