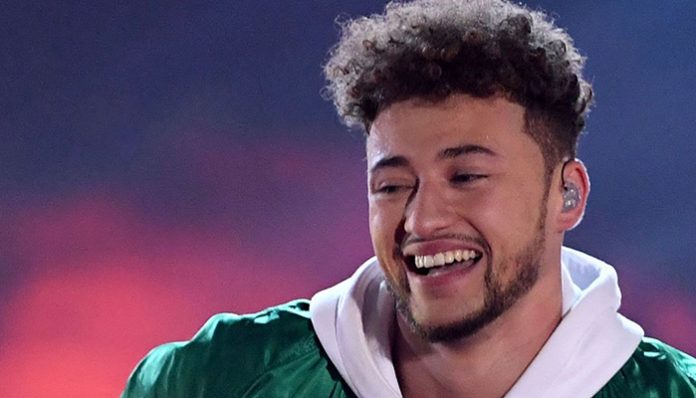 A British rapper, Myles Stephenson is best known as a member of the boy band, Rak-Su. Together, the group had won the 14th season of The X Factor (UK) in 2017. Through Simon Cowell’s music label, they recently released their debut EP, Rak-Su in February 2018.

Notable for their song covers and original music videos, the quartet has also gained a decent following on YouTube, with more than 60,000 subscribers. As of 2018, their most popular upload (i.e. the official video for I’m Feeling You)  has been viewed nearly 800,000 times.

Despite being relative newcomers, it’s obvious that the group has a solid fan base. With that said, how is the rap artist doing for himself now? What are some of the songs that he’s contributed to? How much is he worth nowadays? Unfortunately, information on Myles Stephenson’s net worth is not available at this time. Still, let’s take this opportunity to learn more about him.

How did Myles Stephenson Make His Money & Wealth?

Born on September 11, 1991, in England, Myles Stephenson grew up in Watford where he was childhood friends with his fellow Rak-Su members. Later in their teens, the boys started to make music together. Unfortunately, that’s about all we know about his early life at this time. Ultimately, it wasn’t until they auditioned for The X Factor UK last year that they made themselves known to the world.

For their audition, they performed an original song titled, I’m Feeling You. Many weeks later, they were voted as the winners. The second boy band to win the competition, they were subsequently signed to Simon Cowell’s music label, Syco Records. Almost immediately, their winning single, Dimelo was added to a number of streaming services. A commercial hit, it eventually peaked at number two on the UK Singles Music Chart behind Ed Sheeran’s Perfect. Their most successful record to date, it also charted in Ireland, Scotland, and New Zealand.

A few months afterward, they dropped there self-titled EP, Rak-Su on February 16, 2018. Their first multi-track project, it delivered four original tracks, all of which they had performed on the show; these include Dimelo, Mamacita, I’m Feeling You, and Mona Lisa.

Considering the success of their breakthrough hit Dimelo, it’s more than likely that the members have earned a decent amount of royalties from the song. Likewise, their recent album would have also pulled in some amount of earnings. On top of what they make from their musical releases, however, they’re also paid for putting on public events such as concerts and shows. In fact, the group will be entertaining fans across the UK later this summer. For more information, please visit their official Facebook page.

As far as other things go, they also have a YouTube channel with over 69,000 subscribers. Assuming that their music videos are monetized, it would serve as yet another stream of income for the group. As of April 2018, their most-viewed MV, I’m Feeling You as generated nearly 800,000 views.

As far as we know, he is currently single. Prior to their appearance on The X Factor, he had dated Rebecca Bigness.

Does Myles Stephenson Have Any Children?

No, Myles Stephenson does not have any children.

Did Myles Stephenson Go to College?

Unfortunately, not much is known about Myles Stephenson’s education history at this time.

What is Myles Stephenson Famous For?

Myles Stephenson is best known as a member of the boy band, Rak-Su. After winning the 14th season of The X Factor in the UK, they released their winner’s single, Dimelo in December 2017.

Myles Stephenson currently lives in England. No photos of his home are available.

What Kind of Car Does Myles Stephenson Drive?

Details on Myles Stephenson’s vehicle are not available.

How Much Money Did Myles Stephenson Make Last Year?

Unfortunately, we do not have any information regarding Myles Stephenson’s annual salary.

As mentioned earlier, he and the group recently released their debut extended play, Rak-Su on February 16, 2018. Made available as a digital download, it included their four original tracks: Dimleo, Mona Lisa, I’m Feeling You, and Mamacita.

If you’re a fan of Myles Stephenson, why not follow him on social media? Like most celebrities nowadays, you can find the artist on platforms such as Twitter (@MylesRakSu) and Instagram (@Mylesraksu). For the latest news and announcements, be sure to visit Rak-Su’s official Facebook fan page here.