What Happened to Natalie Morales? – 2018 Update 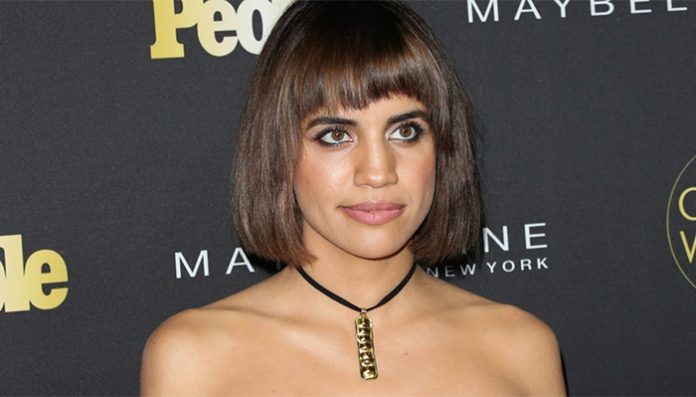 An American actress, Natalie Morales rose to fame after starring in ABC’s The Middleman in 2008. Some of her other prominent TV credits include White Collar, Parks and Recreation, and Trophy Wife. Has she made any television appearances in the recent years? What is she up to nowadays?

What is Natalie Morales Doing Now in 2018?

If you’re a fan, you’ll be happy to know that she’s been appearing in the web series, Santa Clarita Diet since 2017. A horror-comedy, it centers around two real estate agents (played by Drew Barrymore and Timothy Elephant), one of whom transforms into a flesh-craving zombie following a series of events. One of the recurring characters, Morales plays the role of sheriff deputy, Anne Garcia.

Premiered on February 3, 2017, the Netflix series proved to be a success, with many positive reviews from critics. Praised for its engaging premise, a second season was recently released earlier this year on March 23, 2018.

Aside from that, the actress has appeared in several other television series over the past year. For instance, she has played small roles in Grace and Frankie, Crashing, Imaginary Mary, and Making History. At one point, she even lent her voice to one of the characters in the animated sitcom, Bojack Horseman

Though television is her main focus, she did appear in the biographical film, Battles of the Sexes in 2017. Based loosely on the tennis match between Bobby Riggs and Billie Jean King in 1973, it starred Steve Carell and Emma Stone as the main protagonists. A member of the supporting cast, Morales portrayed the role of Rosie Casals, a professional tennis player. Released in theatres on September 22, 2017, it grossed a total of $3.4 million during the opening weekend.

According to her IMDb page, she will also be starring in an upcoming TV movie called, Abby’s. Created for NBC, it will star Morales as a woman named Abby, who runs an unlicensed bar in her backyard. Other members of the cast include Neil Flynn, Nelson Franklin, and Jessica Chaffin.

As far as her personal life goes, she previously identified herself as queer on social media on June 30, 2017.

Born on February 15, 1985, in Kendall, Florida, Natalie Morales grew up in Miami, where she went to Southwest Miami Senior High School as a student. During her time there, she had participated in a journalism workshop at the University of Miami. Not much else is known about her early life at this point in time.

At the age of twenty-one, she landed a guest appearance in the police procedural, CSI: Miami. Later that same year, she was cast as one of the characters in the video game, Pimp My Ride. Ultimately, it wasn’t until 2008, that she received her first major role in the sci-fi dramedy, The Middleman which aired on ABC Family. Based on the Viper Comics of the same name, it revolved around a struggling artist who is later recruited to fight against evil by a secret agency. While Matt Keeslar played the said role, Morales co-starred as his sidekick, Wendy Watson. In the end, the series ran for a total of twelve episodes.

Just a year later, she was cast as a supporting character in the police drama, White Collar. Premiered in 2009, it starred Tim DeKay and Matt Bomer as the main protagonists, an FBI Agent, and a con-artist respectively. Introduced early in the first season, Morales took on the role of Special Agent Lauren Cruz, a junior agent who transfers to the former’s team at the beginning of the show.

Following that, the actress made herself known as Lucy in the popular sitcom, Parks and Recreation. During the five years that she was involved with the show, she also appeared in The Cape, The Newsroom, and 90210. From 2013 to 2014, she also starred as Meg Gomez in the ABC sitcom, Trophy Wife.

Shortly afterward, she joined the main cast of The Grinder in 2015. Playing the part of Claire Lacoste, she starred alongside Rob Lowe, Fred Savage, Mary Elizabeth Ellis and William Devane. Despite being acclaim by viewers, however, the show suffered from low ratings and was canceled after a season in 2016.

Natalie Morales on Television in 2017

As mentioned earlier, she had appeared in several television shows in 2017. Aside from having made guest appearances in Grace and Frankie, Imaginary Mary, Crashing, and Making History, she has also been featured in the Netflix comedy, Santa Clarita Diet.

For those who are wanting to see more of her on television, we’ve got some good news. From the looks of it, she will soon be starring in a TV film called, Abby’s, though a release date has not yet been announced.