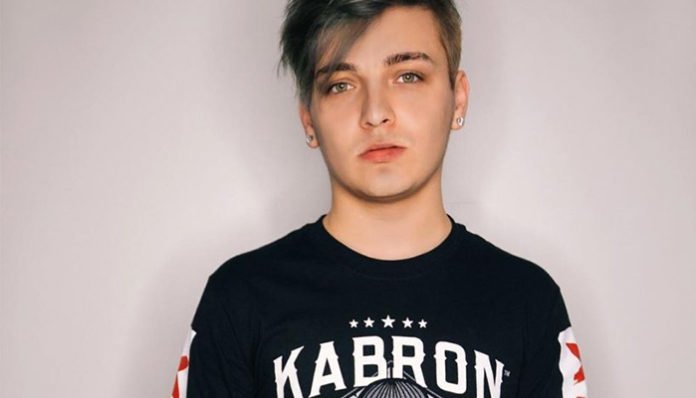 A social media sensation, Nick Bean is perhaps best known for his YouTube channel, on which he has nearly a million followers. Like most web stars, he posts a variety of content from challenge videos to vlogs. To date, his most popular upload, Wifi Wifey Lyric Video has been viewed over 19 million times.

In addition to that, he is also a member of the collaborative channel, Our Journey with Mario Selman, Loren Gray, Baby Ariel, and a few others. Over the past few years, the group has earned themselves a solid fanbase on the site.

How has his social media career played out so far? How much has he managed to take home from his online endeavors? How rich is the YouTuber? From our research, Nick Bean’s 2018 net worth is around $100,000. How much of this came from his videos? What else contributed to this fortune of his? Let’s take this opportunity to learn more about him below.

How did Nick Bean Make His Money & Wealth?

Born on March 13, 1995, in North Carolina, Nick Bean grew up in Maiden before moving to Texas in his teen years. Prior to joining YouTube, he was active on YouNow, where he often did live broadcasts. In fact, he had managed to gain a significant following by mid-2010. Ultimately, it wasn’t until 2015 that he decided to focus his attention on YouTube. His first video, New Channel was uploaded to his channel on January 17, 2015.

Since then, he has come a long way- as of March 2018, he has amassed nearly one million subscribers, with over 100 million views on the video platform. Today, he posts a variety of content to his channel from challenges to reaction videos, most of which garnered tens of thousands of views, if not more. Among his top uploads are Bubble Gum Girl, Charlie Charlie Pencil Game, Wifi Wifey Lyric Video, and Chicken Nugget Song “Parody.”

Like most content creators, he frequently collaborates with other YouTubers on a regular basis. For instance, he has worked with the likes of Loren Beech, Duhitsmark, Last Mann, and Brandon Rowland, among several others.

Taking into consideration how popular his YouTube videos have become in the recent years, it’s hard to believe that he hasn’t been monetizing his channel. As you probably already know, the site offers its users the ability to monetize their content through ads. By displaying advertisements, they are able to make a certain amount per 1,000 views (generally around $2 to $5).

Assuming this applies to the YouTuber, how much has he made from his channel so far? Doing the math, it’s likely that he has pulled in at least $85,000 from his videos. Of course, as he continues to grow his following over time, this figure will most probably also go up.

In addition to his YouTube career, he has recently also launched a music career with his boy band, 5quad. In 2015, they released their first extended play, Trenz, which boasted three tracks. Since then, Nick has also come out with a few solo singles including Emoji, Screenshot, Why You Mad, Got Away, and Superstar.

No, Nick Bean is not married. As far as we can tell, he is currently single.

Does Nick Bean Have Any Children?

No, Nick Bean does not have any children.

Did Nick Bean Go to College?

No, Nick Bean has not gone to college.

What is Nick Bean Famous For?

Nick Bean rose to fame for his YouTube channel on which he has amassed over 900,000 subscribers.

As a music artist, he has also been drawing attention in as a member of the boy band, 5quad, which he formed with two other YouTubers in 2015.

Nick Bean currently lives in Los Angeles, California. Unfortunately, that’s about all we have at this time.

What Kind of Car Does Nick Bean Drive?

Information on Nick Bean’s vehicle is not available.

How Much Money Did Nick Bean Make Last Year?

Details on Nick Bean’s earnings for 2017 are unavailable at this time.

Over the past few months, the YouTuber has released a couple of singles including Why You Mad and Superstar. Besides his music releases, he has of course also been updating his YouTube channel on a regular basis.

Want to know what he’s up to? If so, how about following the Internet star on social media? Nick Bean can be found on a few online platforms such as Instagram and Twitter at @ItsNickBean. On Facebook, he also has a fan page which you can check out here.