Faded Royalty After The Profit – 2018 Update

Faded Royalty Before The Profit

Faded Royalty is a men’s clothing retailer based that was started in 2010 by Rocco Giordano as a passion project after he ended his career in the music industry. Before appearing on the Profit, Rocco grew his hat-making business into a full clothing brand. Unfortunately, his men’s fashion business experienced some issues. He was not the best at dealing with money, as illustrated by the pile of unpaid loans and his penchant for borrowing cash from friends. Even Rocco’s designs were disorganized – not to mention the crazy storage unit filled with old inventory- and his flagship store was seriously in need of more employees. Let’s see if Marcus can help get this business back on track.

Faded Royalty on The Profit 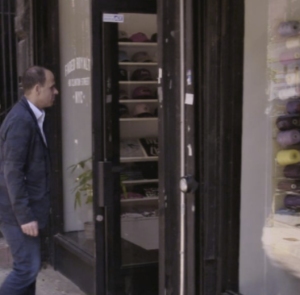 Marcus Lemonis went to visit Faded Royalty in NYC. He told the audience that he has already invested in some active streetwear companies, and wanted to continue the trend. He felt like Faded Royalty was just the thing to do that. Marcus walked into the store and liked what he saw. He introduced himself to Rocco and one of Rocco’s employees.

Rocco said that he loves the spot because it was 50% tourists and 50% authentic New Yorkers, which brought a nice mix of people to his store. Rocco explained that he designed everything. Most of the clothing in the store was for men, although women would feel comfortable wearing the basics such as T-shirts and sweatshirts.

Marcus began to peruse the store. Rocco went along with him to explain some of the designs. They went through some of the basics like hats and sweatshirts, and Marcus said that he liked what he saw, but thought that some of the designs did not make sense together stylistically. Rocco attempted to explain, but Marcus interrupted him and asked if he made impulsive decisions. Rocco admitted that he did that sometimes, and Marcus gave him a look. In an aside to the camera, Marcus said that he couldn’t tell if some of the designs were geared towards young teenagers or old people on the beach. He said that Faded Royalty should pick a lane and decide on a target market.

Marcus asked Rocco how he put his collection together, and Rocco told him that he gets his inspiration from people that he sees walking around on the street. He essentially takes a little bit of this and a little bit of that and mixes it around with his own style. You could tell that Marcus was not impressed with the disorganization, but he did voice his admiration of Rocco’s raw talent.

A few customers came into the shop, and Marcus watched Rocco’s interactions with them. Rocco criticized that they immediately went for “cut and sew” items, and didn’t like that they asked for bomber jackets. Marcus was quick to point out that bomber jackets were an on trend item, and not selling them was killing profits.

Marcus discovered that Rocco was only hiring part-time employees, and working 15 days in a row because he was unable to afford to hire additional full-time employees. Soon, Marcus and Rocco left the store to go with the photographer and employee to shoot live action advertising of his items. The part-time worker was also a model for Faded Royalty.

As the model tried on different looks, Marcus asked what the names of the various pieces were. Rocco did not have names for them, which Marcus clearly thought was a mistake. Rocco told Marcus that he’d auditioned for The Profit in order for Faded Royalty to become more business-like. He said that he was doing what he loved, but could not continue down the path of running himself ragged to keep a business afloat, and being unable to cut himself a paycheck. Rocco admitted to Marcus that he was borrowing money from his friends to keep the business afloat.

Marcus saw the value of Rocco’s big ideas and thought he needed some organization and discipline to get him through the tough times. Rocco introduced Marcus to his other investor, Joe, who had basically built up the store, invested $50,000 and still owns 25% equity in the company. Marcus asked how much the store was pulling in a day, and Rocco admitted that it was only about $300 a day, which allows him to break even on the rent. When Marcus asked how they bought inventory when they did not have positive cash flow, and Joe told him that he took out a credit card for $15,000.

Rocco had racked up $8,000 on the credit card, which he boasted was interest-free. Joe rolled his eyes and said that Rocco was essentially purchasing stuff without thinking it all the way through. Once Joe left, the plot deepened. Rocco revealed that his live-in girlfriend was paying all of the bills in their house. Marcus was concerned because Rocco was putting the brunt of “living his dreams” onto his girlfriend and his friend. Rocco was even storing all of his unsold inventory at Joe’s house. The unsold items had a cost of $40,000 in real value or $100,000 that was just sitting there.

Marcus asked why he didn’t just sell the inventory, and Rocco attempted to explain that he had a release schedule. Marcus was not having it. He didn’t jibe with the cash problems since Rocco was sitting on a whole bunch of unsold inventory. Marcus advised him to put everything on sale. Rocco protested, saying that most of the products were still new. Marcus accused him of being in love with his products. If he really wanted to be financially stable and take days off, he would just sell his old inventory.

Rocco revealed that the business was just a month from potentially closing. Marcus asked for the financial reports, but Rocco did not have them available. Of course, this put Rocco at a disadvantage. Marcus wasn’t just going to hand over a check. When they met up again, Rocco handed over his tax return instead of financial statements. Rocco said he never made a real one because it was all in his head.

Despite his nervousness about giving up control of his business, and some dithering about the equity, Rocco ultimately decided to give up 50% of Faded Royalty to Marcus. He would retain 40%, and his other investor, Joe, would receive 10%, as well as $15,000 to pay him back for the money he put into inventory. The designer, under Marcus’ instruction, decided to focus his energy on making new “retro” and “bold,” and he reluctantly held a sidewalk sale for all of his old inventory.

Marcus brought Rocco to The House in Minnesota for a presentation of new designs. Even though Rocco went slightly off track by showing a robe design that was perceived as too much of a niche by the buyers. It was a success, and Marcus left feeling good about his new investment.

Faded Royalty Now in 2018 – The After The Profit Update 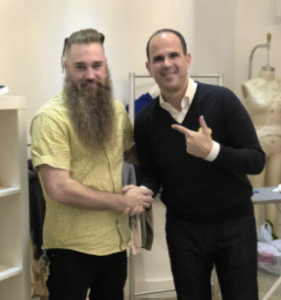 Marcus ended up giving the business a $150,000 loan which was to be used for both paying off old debts and getting new designs off the ground. Since the show aired, Faded Royalty has become one of the many brands, which were formerly featured on The Profit, to be included in the ML (Marcus Lemonis) Fashion Group. The website for the shop has been updated, and they are running promotions that use the discount code MARCUS which would give you 30% off your total. Customers that spend over $75 also get free shipping. You can check out all their brand new designs over at the Faded Royalty website by clicking here.