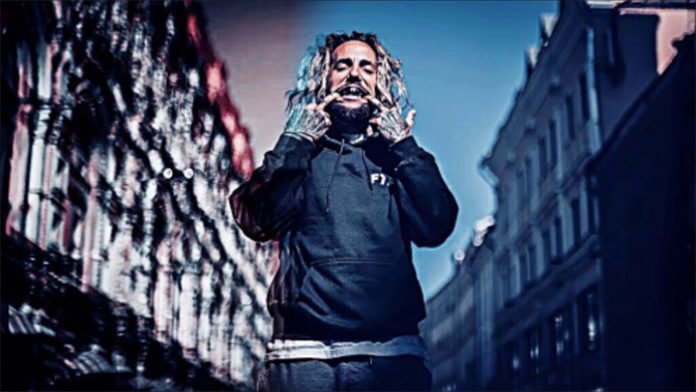 An American DJ, Suicide Christ is best known for being a member of the rap duo, $uicideboy$. Since their formation in 2013, they have released a number of records, including the multi-part series, Kill Yourself. On Soundcloud, the pair has gained more than 300,000 followers to date.

Today, some of their most popular tracks include Paris, Antartica, $outh $ide $uicide, and O Pana!. Most recently, they dropped a new single titled, Fuckallofyou2K18, which has since been made available for streaming on many platforms. For instance, it has racked up over 3 million plays on Soundcloud.

How much money has he racked in over the years? How rewarding has his music career been so far? How well off is the rapper? According to some online sources, Suicide Christ’s 2018 net worth is approximately $500,000. What are some of the things that contributed to his wealth? We’ll be addressing this question below.

How did Suicide Christ Make His Money & Wealth?

Born on April 11, 1989, in New Orleans, Louisiana, Suicide Christ grew up with his cousin, Ruby da Cherry in Crescent City. Interested in rap, he spent most of his time working as a songwriter and DJ in the 2000’s. Ultimately, it wasn’t until 2015, that the two decided to join forces to create a music duo called $uicideBoy$. Not long afterward, they landed a music deal with G59 Records.

In 2014, the pair released the first of their Kill Yourself series, The $uicide Saga. Featuring production from $crim, the EP contained a handful of tracks including Kill Your$elf, M4K & da Clock, and Maple $yrup, among a couple of others. Responsible for the launch of their career, it proved to be a relative hit among fans.

Continuing with the series over the next couple of years, they eventually took a break before finishing it up with the Killing Yourself Sagas VXI-XX in 2017. To this day, it remains to be their most noteworthy project, seeing as how it has given rise to many of their popular titles.

In the years between, the duo had also released a few other EPs such as Grey Sheep, I No Longer Fear the Razor Guarding My Heel, Now the Moon’s Rising and Dark Side of the Clouds. On Soundcloud, the said projects have all be played hundreds of thousands of times.

Obviously, the pair would have brought home some decent earnings from the above records. In addition to those, however, they’ve also released a number of hit singles over the years. For instance, some of their most popular songs to date include Paris, $outh $ide $uicide, Antartica, and 2nd Hand. Earlier this February, they had also dropped a new single titled, Fuckallofyou2K18.

In addition to their solo music releases, the cousins have also done a number of collaborations with artists such as Pouya, Germ, Get, and Ghostemane. Some of these cuts include Seppuku, Stop Calling Us Horrocore and Champion of Death.

Like most artists, it’s likely that $uicideboy$ also pulls in some income from putting on concerts and shows. In fact, they have a few planned for later this spring.

No, he is not married. From what we know, Suicide Christ is currently single.

Does Suicide Christ Have Any Children?

No, Suicide Christ does not have any children.

Did Suicide Christ Go to College?

Instead of going to college, Suicide Christ chose to pursue a music career with Ruby da Cherry.

What is Suicide Christ Famous For?

Suicide Christ rose to fame as one half of the music duo, $uicideBoy$. Today, they are perhaps best known for their Kill Yourself saga, which has spanned many albums.

Suicide Christ currently resides in New Orleans. Unfortunately, further information is not available at this time.6

What Kind of Vehicle Does Suicide Christ Drive?

Unfortunately, we do not have any information on Suicide Christ’s vehicle.

How Much Money Did Suicide Christ Make Last Year?

At this time, we do not have any details on Suicide Christ’s 2017 earnings.

As far as extended plays go, Suicide Christ and his cousin haven’t released any since 2017. In terms of their most recent release, they had dropped the single, Fuckallofyou2K18 in February 2018.

A fan of their music? If so, why not support Suicide Christ on social media? Did you know that he’s active on a few platforms? For instance, he’s active on both Instagram and Twitter at @SuicideLEOPARD. On Facebook, you can also check out the duo’s fan page by clicking here.