What Happened to Natalee Holloway? 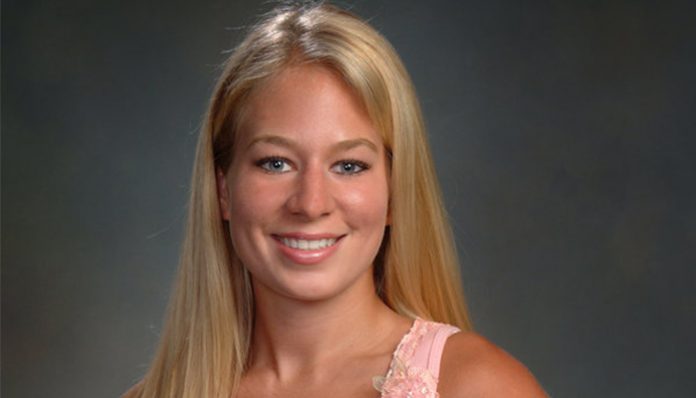 A teenager at the time of her disappearance, Natalee Holloway made the headlines after mysteriously vanishing in the Caribbean on May 30, 2005. On a graduation trip with her peers at the time, the incident had caused a media sensation across the U.S. Below, we’ll be going over some of the details of her case. What happened to the blonde in Aruba?

What Happened to Natalee Holloway?

After graduating from Mountain Brook High School, Holloway and her fellow graduates arrived in Aruba for a five-day trip. Despite having been accompanied by chaperones, the teens had allegedly taken the opportunity to engage in “a lot of drinking and wild partying.” In fact, it’s said that she had so much to drink one night that she was unable to make it for breakfast the next morning.

On Monday, May 30th, 2005, one day before they were set to return to the United States, Holloway disappeared. According to her classmates, she was last seen leaving a local nightclub called Carlos’n Charlie’s at 1:30 am. At the time, she had left in a vehicle with Joran Van Der Sloot, a 17-year-old donors student from Dutch who was a student at the International School of Aruba at the time, and his two friends, Satish and Deepak Kalpoe.

The following day, the teen did not arrive for her return flight back to the United States. In her hotel room, however, officials discovered her passport and her packed luggage; these items implied that she had planned to make it back for her return flight. After her disappearance was made known, Aruban authorities searched for the teen throughout the island albeit without any luck.

Almost immediately, her parents flew down to Aruba by private jet. Within hours of their arrival, they presented authorities with the name and address of the last person she was seen with, Van der Sloot. According to her mother Beth, his name was given to her by the hotel’s night manager, who had recognized him in a clip.

Though Van der Sloot initially denied knowing her, he later told them that he had dropped her back off at the hotel at around 2:00 am after driving to Arashi Beach to see sharks. He then told police that he saw Holloway being approached by a man as he and his friends drove away.

With that, search and rescue efforts were launched. Over the next few days, hundreds of volunteers from both the U.S. and Aruba meticulously searched the island. Despite their efforts, however, nothing conclusive was ever found.

A little over a week later, on June 9th, 2005, Van der Sloot and his two friends were arrested on suspicion of murdering the teen. After being detained, the three suspects changed their stories, stating that they had dropped Holloway off not at her hotel, but at a Marriott Hotel near the beach. Still, they insisted that they did not harm her in any way.

Since then, authorities have many tips from the public. For instance, a gardener stated that he saw Van der Sloot and the Kalpoe brothers on the early morning of May 30th, as they drove into the Racquet Club. Another individual also claimed to have seen a few men burying a woman in a landfill in the afternoon of May 30th. Despite the latter claims, however, extensive searches at the landfill did not find anything. In the end, their efforts were still fruitless.

Following her disappearance, Holloway’s family offered a $175,000 cash reward for her safe return. Two months afterward, this amount was increased to $1,000,000. Despite that, however, there were no leads. As of 2018, there is a $250,000 reward for information leading to her body.

Natalee Holloway’s Case in the Media

Following her disappearance, her investigation was followed by many television networks in the United States. Among those that had devoted the most time to her incident were television personalities Nancy Grace and Greta Van Susteren.

Four years after her disappearance, Lifetime aired a television film called Natalee Holloway, based on her parents’ book, Loving Natalee. Starring Amy Gumenick as the teen, the movie retold the events of May 30th, 2005, up until her disappearance. Despite mixed reviews, the film received his ratings on the network, having drawn in 3.2 million viewers.

In 2011, a follow-up film called, Justice for Natalee Holloway aired on LMN. Picking off from where the previous had left off, it centered on the continual investigation on her disappearance.

Though her case remains unsolved, a strong lead surfaced last year. In a documentary that aired in 2017, a man named John Ludwick claimed that he had been asked to dispose of the remains of Natalee Holloway in Aruba.

Though a bone fragment was later found, forensic testing revealed that it ultimately did not match the sample provided by Holloway’s mother.