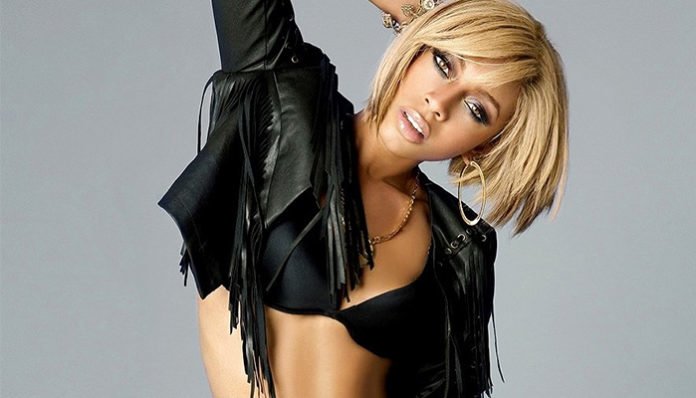 An R&B artist, Keri Wilson enjoyed much success in the late 2000’s. Some of her most popular songs to date include Pretty Girl Rock, Knock You Down, and I Like. Despite her popularity, however, she hasn’t released any new albums since 2010. What happened to the R&B singer? Let’s find out.

First things first- let’s take a look at her music career. Despite her rise to fame in the late 2000’s, she hasn’t released any new albums since 2010. Her last single, Lose Control (Let Me Down) (Feat. Nelly) was released in 2011. Does she have anything planned for her fans on the music front?

While it might be true that we haven’t heard anything music-wise from Wilson for a while, it looks like we have nothing to worry about. According to reports, the singer is currently working on a new album titled, L.I.A.R. (Love is a Religion)– her first in over six years. In fact, she had announced the project back in 2016.

While the track list itself has yet to be revealed, the album will include contributions from Polow Da Don, Timbaland, Chris Brown, and Danja. So far, the release date has not yet been announced.

Speaking of which, she had also landed a feature in Taiwan Hillz’s hit single, Beautiful last year. Her first collaboration in six years, it has since been played over 28,000 times on YouTube.

In terms of what she did during her music hiatus, she revealed on a segment of Steve that she had “hit rock bottom.” A difficult time for the singer, she had chosen to “give up music for a while.” Fortunately, thanks to the break, she has managed to build herself back up.

As far as television appearances go, Hilson has been featured on the talk show Steve, a handful of years earlier this year. Prior to that, she had also been invited onto Hip Hop Squares as a panelist. That same year, she briefly appeared as a guest on The Real.

In terms of her acting career, she hasn’t appeared on the big screen since the early 2010’s. With that said, she did recently land a role in the made-for-television film, Love by the 10th Date, which starred Kelly Stewart, Brandon T. Jackson, and Meagan Good. Released on January 28, 2017, it generally garnered positive reviews from viewers.

Born on December 5, 1982, in Decatur, Georgia, Keri Hilson knew she wanted to pursue music ever since she was twelve years old. By the time she was in her early teens, she had joined a local girl group called D’Signe. From there, she spent the next few years working as a background vocalist for artists such as Kelly Rowland, Usher, Toni Braxton and Ludacris. Ultimately, it wasn’t until 2006 that she landed her first record deal with Mosley Music Group.

A year later, she was featured in Timbaland’s The Way I Are in 2007. Over the next few years, she made continued to make herself known with a number of songs such as Turnin Me On, I Like, and Pretty Girl Rock.

Two years later, she released her debut album, In a Perfect World… Her most successful album to date, it peaked at number four on the Billboard Top 200. Primarily produced by Polow da Don and Timbaland, the tracklist consisted of thirteen titles including Make Love, Energy, Slow dance, Return The Fair, and Knock You Down. Not only did it eventually receive gold certification from the RIAA, but it also won Hilson two Grammy Award nominations in 2010.

Following that, she followed up with a second album titled, No Boys Allowed in 2010. Though not as big of a hit as her previous endeavor, it had spawned the platinum hit, Pretty Girl Rock, which charted at number 24 on the Billboard Hot 100.

Aside from her music career, she has also pursued a career in acting. For instance, she has appeared in the films Think Like a Man, Almost Christmas, and Riddick. On television, she has been invited onto shows such as Hip Hop Squares, The Real, Steve, and Jimmy Kimmel Live!.

Following the release of her second album, Hilson eventually went on a prolonged hiatus, which led many fans to worry as she seemed to have disappeared from the music front. In fact, this is particularly true as she had previously revealed that she was working on a third studio album in 2011. For the next six years, she stayed entirely out of the spotlight. It wasn’t until her recent return that it was made known that she had experienced feelings of “rock bottom” during that time.

Fortunately, it looks like she is back on track as she has recently re-emerged in the showbiz. If all goes according to plan, she will also be releasing her long-awaited third album later this year.