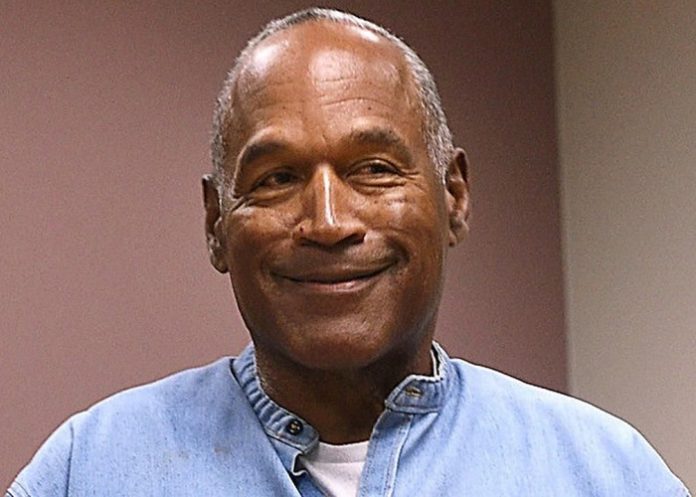 OJ Simpson, or Oranthal James Simpson to give him his full name, has been in the public eye for almost fifty years. He had a phenomenally successful sporting career, and even before he had retired from the NFL, he began acting, in a variety of roles that made him a celebrated Hollywood star around the World.

OJ Simpson was best known to most people as the bumbling Officer Nordberg, alongside Leslie Nielson’s classic portrayal of Inspector Frank Drebin in the Naked Gun Trilogy, but his acting credits stretched all the way back to the 1960’s. The 1980’s and early 1990’s were a time when OJ Simpson couldn’t put a foot wrong. He had a net worth of around $10 million, equivalent to $25 million today, and his show-business career was as acclaimed as his many sporting achievements had been.

In 1994 it was, therefore, a shock to everyone and Worldwide news, when OJ Simpson led police on a low-speed chase along Los Angeles freeways back to his home. The surreal events of that day were watched by 100 million Americans, and hundreds of millions more around the World, but even those viewing figures seem insignificant, compared to the number of people who watched OJ Simpson be declared innocent of the murder of his wife, after what had been called ‘The trial of the Century’. But OJ’s celebrations at the time were perhaps premature, for after the verdict his life was beset by a series of legal issues that now leave the former star technically in debt to the tune of $70 million, but still with a considerable monthly income.

Exactly why does OJ Simpson owe so much money, and why does he still have a net worth that’s calculated to be around $3 million today? Read on to find out.

How Did OJ Simpson make his money & wealth?

OJ Simpson was born in San Francisco in July 1947. He grew up in the tough Potrero Hill projects, and later joined a gang, the Persian Warriors. OJ’s turbulent life soon led to several arrests, and a short spell in jail, but after a chance meeting with baseball star Willie Mays, OJ was inspired to change his ways. In 1965 he enrolled at the City College of San Francisco where he began playing football as a defensive and running back. Naturally talented and lightning fast, OJ played at both USC and the University of Utah before he signed up with the Buffalo Bills in 1969.

OJ played for the Buffalo Bills until 1977, becoming the first player to run more than 2,000 yards in a season in 1973, allowing him to take the top place for the average highest yards per game, a distinction he still holds today. It was on the football field that he earned the moniker ‘The juice’, and in 1985 he was inducted into the Pro Football Hall of Fame, after retiring in 1979 with a final season in the San Francisco 49ers, but long before his retirement he had begun to build up an impressive number of acting credits.

OJ Simpson had small parts in Ironside and Dragnet as far back as 1968, he continued with several small roles in TV series, but his first big-screen credit came with the role of Hernigan in 1974’s star-studded action movie ‘The Towering Inferno’. OJ’s natural acting ability led to several other big-screen roles, most notably in ‘The Cassandra Crossing’ in 1976 and ‘Capricorn One’ in 1978, but it was his performance as Detective Nordberg in 1988’s ‘The Naked Gun’ that catapulted him to Worldwide fame.

OJ’s fortune swelled to tens of millions in the early 1990’s, but his divorce from Nicole Brown Simpson, her subsequent murder, and his lengthy murder trial in 1994 deleted his wealth considerably. The attention the trial received globally considerably increased OJ Simpson’s earning power, but a civil trial in 1997 saw a judgment of $33.5 million made against OJ for the wrongful deaths of his wife and her friend Ron Goldman. A decade later OJ Simpson was charged, and found guilty, of armed robbery and kidnapping after an incident in a Las Vegas hotel, and he received a sentence of 33 years, with at least nine years to be served before he was eligible for parole.

OJ Simpson remained at the Lovelock Correctional Center in Nevada for the next ten years, until he was eventually released on October 1st, 2017, and he is now a free man, although still under parole restrictions until 2022.

OJ Simpson has actually been married twice, once to Nicole Brown Simpson, from 1985 until their divorce in 1992, but he first married Marguerite L Whitley in 1967. With Marguerite, he had three children, Arnelle, Jason, and Aaren, but Aaren tragically drowned in the family swimming pool in 1979 aged just two. OJ divorced Marguerite in 1979, by which time he had already begun dating his second wife Nicole.

OJ Simpson is technically in debt now in 2018 to the tune of around $70 million, the vast majority of which comes from the civil suit in 1997. OJ never paid most of the $33.5 million award made against him, and with interest taken into account the amount to be repaid now stands at more than double the original award. All of OJ Simpson’s earnings are liable to be seized to repay the award, but due to a loophole, money received from pension plans are exempt, and it is from those that OJ currently enjoys a substantial income.

OJ Simpson has two pensions, one from the Screen Actor’s Guild, which gives him around $25,000 a month, and a second personal pension that is worth a reported $5 million, with a monthly income of approximately $20,000. Both pensions were paid out during his decade-long incarceration, and the combined income from them was calculated to be around $2.5 to $3 million during his time in jail. OJ Simpson’s location can also affect the power of the courts, if he decides to remain in his home state of California, any of his assets can be claimed to pay the debt, however, if he were to move to Florida, the homestead exemption law there will allow him to protect his primary residence and any possessions inside it.

In March 2018 Fox aired a special entitled ‘O.J. Simpson: The Lost Confession‘ featuring a previously unreleased interview with OJ filmed in 2006. In it he muses on how he would have hypothetically murdered his wife. The program has met with controversy and backlash from many who consider it, and Fox’s promotion of the interview after so much time has elapsed, as nothing more than sensationalism.