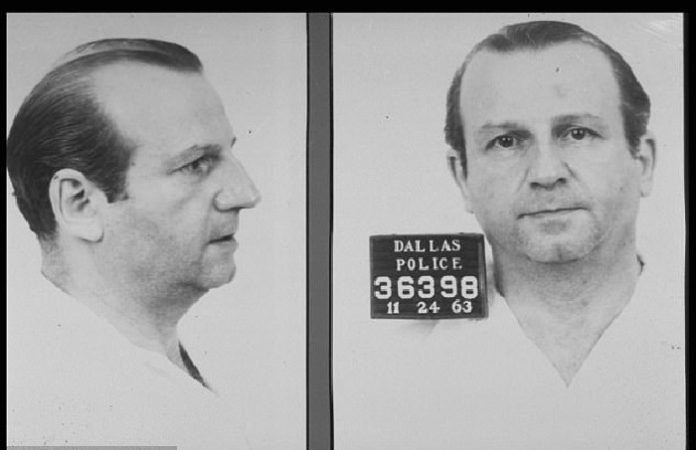 The term ‘Conspiracy Theory’ is well known to everyone these days, it’s hard to spend too much time in the darker corners of the internet before you come into contact with someone who believes the Earth is really flat, or that there’s a race of super-intelligent alien lizards who are controlling everything. But before the internet came along, and gave people with far too much imagination and time on their hands a place to congregate, there was one incident that almost everyone agrees involved some kind of conspiracy, somewhere along the line, even if no-one can quite agree who it was between, and what it involved.

The assassination of President John F. Kennedy in Dallas, Texas on November 22nd, 1963 was arguably the most sensationally shocking event of the century, not considering the moon landings in 1969, it probably was the most pivotal moment of the 20th century after the Second World War, and it’s also the event that has spawned the largest number of wild conspiracy theories about what really happened, and why the President was gunned down in Dealey Plaza. The Kennedy assassination is the mother and father of conspiracy theories, and one of the pivotal players in the drama was a nightclub owner called Jack Ruby.

Jack Ruby was born as Jacob Leon Rubenstein in Chicago, on March 25th, 1911. His parents, both Orthodox Jews of Polish descent, had 10 children of which Jack was the fifth. His early childhood was difficult and as a result, he missed a lot of school, eventually leading Jack to spend time in juvenile institutions. Jack was quick-tempered and often involved in fights as a young adult, he sold horse-racing tip sheets and spent much of his time at race tracks around Illinois, but in 1943 he was drafted into the US Air Force and worked as an aircraft mechanic until he was discharged in 1946.

The following year Jack Ruby moved to Dallas and quickly immersed himself in several shady activities, including illegal gambling, prostitution, and narcotics. He eventually moved into managing various nightclubs, dance halls, and strip clubs, and was believed to have built up close ties to underworld figures in Dallas. He was known as someone who could ‘procure women’, both at his clubs and for visitors to Dallas, and he formed close working relationships with several Dallas Police officers in order to protect his illegal activities.

At the time President Kennedy was assassinated, Jack Ruby was proven to have been at an advertising office five blocks away from Dealey Plaza, but later that evening he began to be seen around Dallas Police Headquarters, where Lee Harvey Oswald was being held. That night he gained entry to a press conference by pretending to be a member of the press, and he was seen at the headquarters several times over the next two days.

The Assassination of Lee Harvey Oswald

On November 24th, 1963, Jack Ruby was sending a money order to the Western Union, the money was sent at exactly 11.17 am, after which Jack Ruby left his dog in his car and walked half a block to the Dallas Police Headquarters. While he was there he saw Lee Harvey Oswald being brought down to the basement of the station, to an armored car taking him away to jail. The scene was being broadcast live across America, and amongst the throng of reporters Jack Ruby suddenly stepped out of the crowd and fired a single shot into the abdomen of Lee Harvey Oswald. Jack Ruby was immediately pounced on by a number of secret service agents and police officers, but he offered no resistance, his only apparent aim had been to kill Oswald.

Lee Harvey Oswald was still alive, but not for much longer, in the chaotic scenes that followed he was rushed to the Parkland Memorial Hospital, the same hospital where the President had been taken two days earlier, and doctors fought to save him, but Lee Harvey Oswald was pronounced dead at 1.07pm.

Jack Ruby’s trial for murder with malice, applicable when a murder was premeditated, took place in Dallas, and resulted in a guilty verdict and a death sentence for Jack Ruby in March 1964, but his lawyers successfully appealed to the Texas Court of Criminal Appeals for a retrial, on the grounds that Jack Ruby was never likely to get a fair trial in Dallas, due to the huge amount of publicity surrounding his case. A second trial was scheduled, but before it could take place Jack Ruby fell seriously ill. Suffering from lung cancer he finally died in a Dallas hospital on January 3rd, 1967 from a pulmonary embolism, and although history often remembers differently, he was technically still an innocent man at the time of his death.

The mysteries surrounding the assassination of President Kennedy, the role of Lee Harvey Oswald, and the motivations of Jack Ruby have since then become the most discussed conspiracy theories of all time, and it’s almost certain that the real story about exactly what happened will never be told, or at least if it is, it will now just be one more version of events amongst hundreds. The number of conspiracy theories were almost certainly increased by Jack Ruby’s cryptic remarks during a 1965 televised news conference, where he said ‘Everything pertaining to what’s happened has never come to the surface’, he then alluded to people in ‘very high positions’ putting him in the position he was in for their own ulterior motives. Jack Ruby was almost certainly correct when he said at that same conference ‘The World will never know the true facts of what occurred’, and in the half a century since then the theories have multiplied, becoming more wild and spectacular than ever, and left the assassination of President Kennedy as one of the greatest unsolved mysteries of our time.

In October 2017, thousands of formerly classified FBI documents about the case were finally released to the public. After historians had examined the over 13,000 documents, they were pessimistic about the new information shedding any real light on the reasons why the President was assassinated, one of them described the events of 1963 as a ‘10-million-piece jigsaw puzzle’ that would never be solved, and although Jack Ruby, who had left his much-loved dog in his car before shooting Oswald, was believed by many to have acted entirely impulsively, his clear connections to shady underworld figures, as well as his cryptic remarks before his death, have made his role in the drama just one more piece of the puzzle, and it’s unlikely we’ll ever know his true motivations.