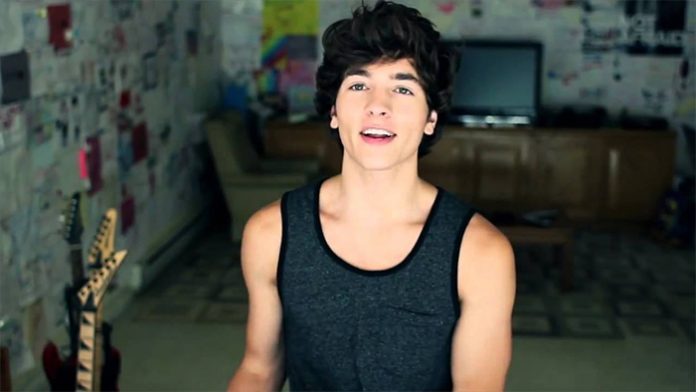 A crowned muser, Paul Zimmer has taken social media by storm since his debut a few years back. Not only does he have more than 7 million followers on musical.ly, but he’s also well known on platforms such as Instagram and Twitter. On the former alone, he has gained over 1 million followers as of 2018. Like most social media personalities, he frequently collaborates with fellow stars such as Loren Gray, Jamie Rose, and Jacob Sartorius, among others.

Though not as popular as his other accounts, he had recently also launched a YouTube career in 2017. A platform for his vlogs, he has since gained over 73,000 subscribers on the site.

With all that said, how rewarding has his online career proved to be so far? How much has he pulled in from his various endeavors on social media? From what we could find out online, Paul Zimmer’s current net worth is around $200,000. What has contributed to this amount? Let’s find out.

How did Paul Zimmer Make His Money & Wealth?

Born on July 13, 1995, in Maryland, Paul Zimmer is the youngest of seven children; he and his six older siblings grew up in Annapolis, where they attended school. As a teen, it’s said that he often listened to music in his free time. Unfortunately, not much else is known about his personal life as he tends not to talk about the topic on camera.

Making use of his musical talents, he eventually joined musical.ly in 2015. Slowly but surely, he made himself known on the through a series of lip sync videos. Today, he has accumulated more than 7 million fans on the app, as a crowned muser. Over the past few years, he has worked with several stars on the platform such as Loren Gray, Jamie Rose, and Jacob Sartorius.

From there, he launched a YouTube channel called ExclamationPointYT, with his close friend, Danny Edge. Known for their comedic videos, the pair has since gained more than 759,000 subscribers on the site, with over 34 million views. Some of their most popular uploads to date include Clothes Guys Like On Girls, Sexy Things Girls Do, Cute Things Girls Do, and Cute But Weird Things Girls Do.

Considering the earning potential of YouTube, it’s likely that the two friends have been monetizing their videos. Given that’s true, and they earn $2 per one thousand views (hypothetically), they would have already made close to $30,000- not bad for a couple of twenty-soothings!

Aside from their joint account, Zimmer also has his own YouTube channel called Paul Zimmer Vlogs. Created on August 2017, it has already gained over 73,000 subscribers to date. Dedicated to his vlogs, as implied by its name, the channel has already received close to 2 million video views.

No, Paul Zimmer is not married; having said that, he was previously in a relationship. Last summer, he had dated fellow muser, Jamie Rose, whom he had collaborated with many times previously; they later broke up in 2018.

Does Paul Zimmer Have Any Children?

No, Paul Zimmer does not have any children.

Did Paul Zimmer Go to College?

No, Paul Zimmer has not gone to college. Instead, he has been pursuing a career in social media.

What is Paul Zimmer Famous For?

Paul Zimmer is best known for his music videos on musical.ly, where he has earned more than 7 million followers. On YouTube, he has also earned a decent following through his vlogs.

Originally from New Jersey, Paul Zimmer currently lives in Los Angeles. Unfortunately, that’s about all the information that we have on his location at this time.

What Kind of Car Does Paul Zimmer Drive?

Information on Paul Zimmer’s vehicle is not available.

How Much Money Did Paul Zimmer Make Last Year?

Details on Paul Zimmer’s earnings for 2017 are unavailable at this time.

Over the past year, Paul Zimmer has been updating his social media accounts on a regular basis- especially his musical.ly account.

Want to follow the muser’s antics on social media? You can find Paul Zimmer on Twitter at @epPaulZinner and on Instagram at @PaulZimmer. If you’re on Facebook, you can also check out his fan page here.