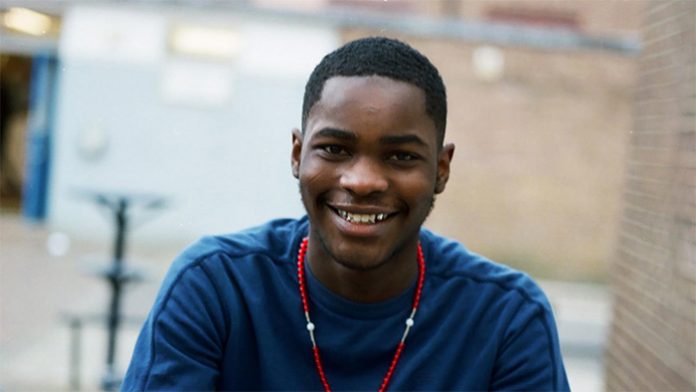 A British rapper, Santan Dave is perhaps best known for his singles, Wanna Know (Remix), Samantha, and No Words, all of which have received gold or higher accreditation from the BPI. His debut album, Six Paths was released in 2016. A commercial success, it had reached as high as number 76 in his native UK.

An emerging star in the rap scene, he has already accumulated more than 22,000 fans on SoundCloud to date. Perhaps even more impressive is the fact that he has over 280,000 fans on YouTube. If you haven’t already subscribed to his channel, be sure to do so!

Having said all that, how successful is he? To put it bluntly, how much has he managed to earn from his rap career so far? Is he well-off? According to various sources, Santan Dave has accumulated a net worth of $100,000 throughout his career. What are some of the greatest highlights of his career? Let’s take a look.

How did Santan Dave Make His Money & Wealth?

Born on June 5, 1998, in South London, England, Santan Dave grew up in the Streatham district, where he developed a fondness for music at a young age. Inspired by his older brother, he eventually began to write his own lyrics at the age of eleven. Not long afterward, he was gifted a piano by his mother.

Years later, he began to post his freestyles on YouTube. During that period, he also released a range of non-album singles, all of which were well received by fans. Not only that, but he had performed at a number of events such as the Bestival, where he shared the stage with fellow rapper, AJ Tracey.

In 2016, he self-released his first extended play, Six Paths. His first project, it debuted at number eleven on the UK Albums chart. Made available for streaming online, the tracklist contained six tracks, some of which included Panic Attack, Picture Me, Six Paths, and Wanna Know.

That same year, he released a handful of singles such as JYKL+HYD and Revenge. Perhaps the most noteworthy of all however are his collaborations with Drake and J Hus (i.e. Wanna Know (Remix) and Samantha respectively), both of which received silver certification from the BPI.

Fast forward a year and he has released a second EP dubbed, Game Over. Produced primarily by Dave himself, with help from Fraser T Smith, 169, and Steel Banglez, it included the tracks Question Time, My 19th Birthday, How I Met My Ex, and Calling Me Out, among others. Supported by two singles, it reached as high as number 13 on the UK chart.

In support of the extended play, it was also announced that he would be going on tour in the fall of 2017. On the road as we speak, Dave will be performing at a number of countries over the next month and a half including Germany, Norway, Sweden, and Italy, among others. For more information on the dates and venues, please visit his official Facebook page.

No, Santan Dave is currently single as far as we know.

Does Santan Dave Have Any Children?

Did Santan Dave Go to College?

From what we know, Santan Dave has not gone to college. Instead, he’s been focusing his efforts on his rap career.

What is Santan Dave Famous For?

Santan Dave currently lives in Southern England, London. Unfortunately, we do not have any pictures of his abode at this time.

What Kind of Car Does Santan Dave Drive?

Details on Santan Dave’s vehicle is unavailable at this time.

How Much Money Did Santan Dave Make Last Year?

At this time, we do not have any details on Santan Dave’s 2017 earnings.

As mentioned earlier, the British rapper had recently delivered his second EP, Game Over on November 3, 2017. His most successful album to date, it had peaked at number 13 on the UK music chart.

In terms of public events, he is currently on the road for his 2018 concert tour.

What’s the British rapper up to now? Interested in keeping up with him? If so, why not follow him on social media? You can find Santan Dave on Twitter at @Santandave1 and on Instagram at @Santandave. If you haven’t already done so, be sure to also subscribe to his YouTube channel for his latest music videos.