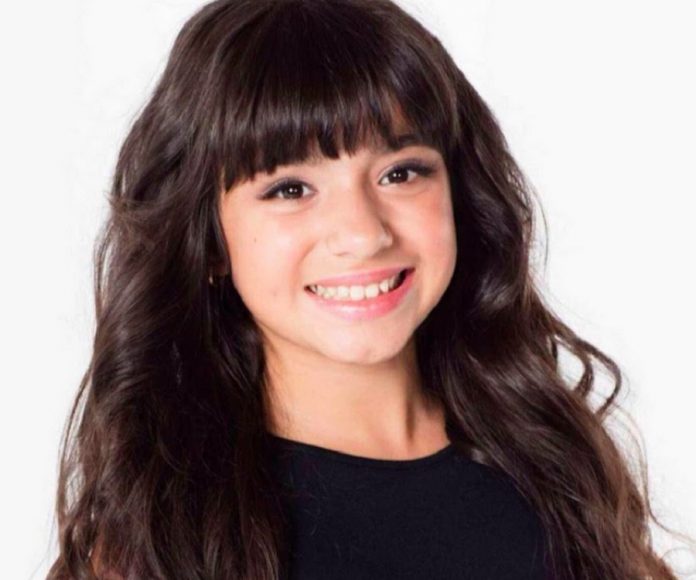 Born on August 30, 2003, Tatiana McQuay is a famous teenage dancer hailing from Ontario, Canada. She began dancing when she was only two years old, and at age 10, she earned the title of a camp counselor for the national dance convention, Camp Pulse on Tour. Since then, she has been a mainstay of the Bojangles Dance Studio, also based out of Ontario, Canada, and has appeared all over media.

In 2013, Tatiana McQuay joined the dance crew “immaBEAST.” With the dance crew, she earned credits on several Nickelodeon children’s shows (Dance Off Juniors and Paw Patrol as a voice) and even appeared in the games, “Just Dance Kids 2014” and “ZumbaKids,” two games involved around dancing. Since then, she has also joined the ranks of all-girl dance group L2M. L2M stands for “Listen 2 Music” and is inspired by artists like Spice Girls and Meghan Trainor. 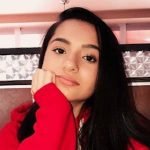 Tatiana McQuay has been growing quite the social media following, and across all her channels, she has more than 155,000 followers. Her L2M band signed a deal with Warner Bros records after collaborating on the theme song for the “Lego Friends” TV shows and movies. As of now, she is still in school and is hoping to launch her own solo dancing and singing career. In 2014, she formed a short-lived pop duo called “IT” that produced around ten songs. Tatiana McQuay lives with her family in Los Angeles with her mother, Michelle (who is popular on Instagram) and her two siblings, Kai and Zen. 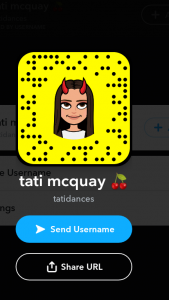 Tatiana McQuay’s Snapchat Username is tatidances. You can scan the Snapcode posted above, go to http://snapchat.com/add/tatidances, or add her yourself from the Snapchat app.

Instagram – Tatiana McQuay’s Instagram can be found at https://www.instagram.com/tatimcquay where she frequently posts updates of her dancing career, as well as videos of performances of her dancing.

Twitter – Tatiana McQuay’s Twitter can be found at https://twitter.com/tatimcquay?lang=en where she has just short of 19,000 followers but frequently interacts with her fans.

YouTube – Tatiana McQuay’s YouTube can be found at https://www.youtube.com/channel/UCTBK2nrSafANiYMSgKX_Eqg where there are numerous videos of her performances, as well as updates on her dancing career and collaborations with other artists.