What Happened to Bridget Fonda – News & Updates For 2022 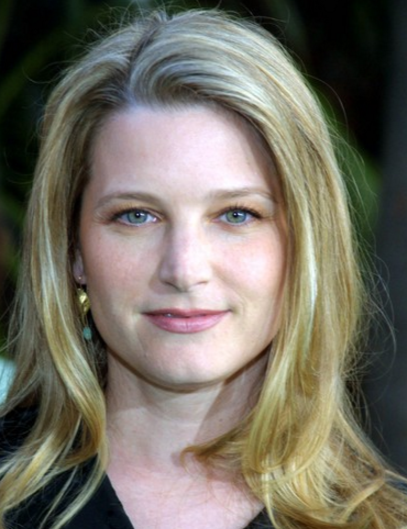 Coming from greats like Peter, Henry, and Jane Fonda, one could imagine Bridget Fonda would have been born to hold the keys to Hollywood. After a career spanning three decades and almost fifty appearances to her credit, she’s mostly left the public eye.

Despite a career filled with ups and downs, nothing much ever came of Bridget and her tale is quite similar to many hopeful actors and actresses. Let’s take a look at the life of Bridget Fonda.

Bridget Fonda was born on January 27th, 1964, the first child of Hollywood legend Peter Fonda and Artist Susan Brewer. With her first appearance as an extra on the set of Easy Rider at the age of five, the spotlight found her early. After her parent’s divorce after thirteen years of marriage, Bridget lived with her mother but still had an unbreakable bond with her busy father. Despite suffering from stage fright, she got her first real taste for acting in a high school play of Harvey at the West Lake school for girls. When she turned 18 Bridget enrolled at prestigious New York University in the Tisch school for the arts as well as studying at the Lee Strasberg Theater Institute.

She received her second role in 1982’s Partners as a non-speaking extra. Focusing on schooling after that, it was five years before she found the stage again and another year later before she landed her first speaking roles. Appearing in the Opera Aria in 1987 and You can’t hurry Love in 1988, these were closely followed by a starring role in Strapless as well as roles in Shag and Scandal. This marked the formation of a decade where she would appear in at least two movies a year putting her squarely in the public’s eye.

In 1990 she landed a small role in The Godfather III. While it didn’t have the popularity of the rest of the series, it was still a boon to an actress with just two years of experience. 1992 landed her a starring role in Cameron Crowe’s Singles, A movie he’d specifically written with her in mind. With the growing reputation of a serious actress, her name was being taken more seriously in Hollywood. After a string of romantic comedies such as It could happen to you, she took her career in a drastic new direction in the late 1990’s by starring in a movie by director Quentin Tarantino. Far out of her norm, she played a perpetually high beach rat going down a bad path. Arguably her most famous film due to the popularity of Tarantino’s work, this could be called the beginning of the end for her.

With regular roles up until 2002’s The Snow Queen, Bridget Fonda’s career had come to term. She was offered the lead in the popular TV series Ally McBeal but repeatedly turned it down. She purportedly refused to even read the script out of fear of liking it too much. At this point, her focus was almost entirely on the big screen and following in the footsteps of her famous father.

The following year, tragedy would strike. On February 27th of 2003, Bridget was involved in a rain-induced car crash that totaled a brand new Jaguar and fractured her vertebrae. Shortly after the accident, her publicist announced her engagement to Danny Elfman. Having met in 1997 on the set of A simple plan, the couple courted for six years before taking their relationship to the next level. It was just nine months later that the couple wed on November 29th, 2003 in an intensely private candlelit ceremony at Los Angeles’ First Congregational church. Two years later the couple announced the birth of their first child Oliver. The accident and wedding marked the end of twenty years hard work as she chose to give up acting and focus on spending time with her husband. This decision can very easily be traced back to her parent’s marriage. Having witnessed firsthand the strain that long-term separation can cause to an otherwise happy couple, it would be hard to fault her for choosing family over career. Not much else is known about Elfman and Fonda as the couple value their privacy and do their best to keep their personal lives private, something uncommon in Hollywood.

Bridget Fonda hasn’t acted for more than two decades. Her last acting role was in the television film, Snow Queen, which was released in 2002. In 2003, she also fractured her vertebrae after being in a serious car accident. After making a full recovery, she married film composer Danny Elfman. The pair eventually had a son together in 2005, which caused her to step out of the spotlight to focus on her family.

It wasn’t until earlier this year- in January 2022, that she was once again spotted in public. The 58-year-old- who was running errands in Los Angeles, California- wore a low ponytail and was completely devoid of accessories, except for a pair of black-framed glasses and some earrings. If anything, it’s a big departure from her once-glamorous image.

The former actress was joined on the outing by a cute pup, who remained loyally by her side as she moved in and out of her vehicle.

Currently, she lives with her husband Danny, and her son Oliver in Encino, a neighborhood in the San Fernando Valley region of LA. The same area is home to many other celebrities including Selena Gomez, Priyanka Copra, Nick Jonas, and Gwen Stefani. As far as we can tell, she does not have any social media pages.