Michael Richards achieved lasting fame with his portrayal of Cosmo Kramer in Seinfeld, the 1990 sitcom about nothing. He also secured a deal of infamy with his racist comments during a 2006 stand-up comedy performance. Still struggling to move past the incident, let’s look at what Michael Richards has been up to lately.

Michael Richards was born in Culver City, California, in 1949. After graduating high school, he was drafted into the U.S. Army in 1970. After being stationed in West Germany as a medic, Richards was honorably discharged and enrolled in the California Institute of the Arts under the G.I. Bill. 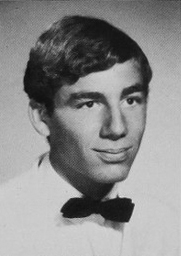 Michael Richards as a senior in high school

Richards switched to the more experimental Evergreen State College, graduating in 1975 with a BA in drama. While enrolled at Los Angeles Valley College, he appeared in multiple student productions, making his way to TV in 1979 with Billy Crystal’s first cable TV special.

Michael Richards first worked with Larry David (co-creator of Seinfeld) in 1980, on the ABC late-night comedy show Fridays. His time there is most known for an incident later re-enacted in the movie Man on the Moon, where Andy Kaufman threw his drink into Michael Richards’ face.

Through the 80s, Richards would make several appearances on Miami Vice, Night Court, and Cheers. He also would appear as an accident-prone fitness guru on NBC’s The Tonight Show with Jay Leno.

On film, Michael Richards had multiple cameos and minor roles in the 80s and 90s. He was in UHF, directed by Weird Al Yankovic, and Coneheads, the sci-fi cult classic. In 1995, he was in Unstrung Heroes, where he was nominated for an American Comedy Award for “Funniest Supporting Actor in a Motion Picture.”

In 1989, former Fridays cast member and writer Larry David created, with Jerry Seinfeld, a sitcom for NBC. Seinfeld was pointedly about nothing, though often focused on the interactions of four friends living in Manhattan. Michael Richards played Cosmo Kramer (usually just called Kramer,) who lived across the hall from Jerry.

During the show’s tenure, Richards took home more Emmys than any other cast member; including the award for Outstanding Supporting Actor in a Comedy Series in 1993, 94, and 97. The show did spectacularly well, and even today most people, if they know who Michael Richards is, think of him as Kramer.

And it’s easy to see why. Richards had some of the most memorable gags of the show; even how he entered the scene was a running bit. (There are 180 episodes of Seinfeld featuring Kramer entering Jerry’s apartment almost 400 times.)

After the show’s end in 1999, Michael Richards began work on a new NBC series, The Michael Richards Show. While the pilot was about a clumsy private investigator, it did so poorly in screenings that the show itself was reformatted to be a more typical office lifestyle comedy. When the show was cancelled after only a few episodes, tabloids began to refer to the Seinfeld curse. It seemed as though no one who rose to fame through the show would have another successful project. Julia Louis-Dreyfus saw her first post-Seinfeld sitcom flop, as did Jason Alexander, twice, with Bob Patterson and Listen Up!

After the failure of The Michael Richards Show, Michael Richards returned to stand-up, which had sustained him through most of his career before Seinfeld. On November 17, 2006, while performing at the Laugh Factory in Hollywood, Richards shouted at a group of black audience members who were loudly ordering drinks. The shouting degraded quickly into racial slurs and “jokes” about lynching. 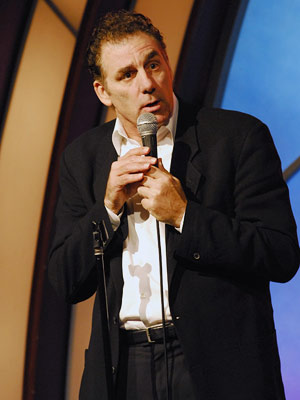 The verbally assaulted group quickly went to the press, leading to Michael Richards making a public apology on the Late Show with David Letterman, arranged by Jerry Seinfeld. At one point, Seinfeld scolded the audience, who were laughing at Richards’ awkward apology, “Stop laughing, it’s not funny,” which just shows how seriously Seinfeld and others viewed the incident. Michael Richards also apologized directly to many of those that he heckled, as well as Al Sharpton and Jesse Jackson, thought by white people to represent, as Richards put it, the “Afro-American community.”

The incident caused Richards to quickly withdrawal from the public eye. Parodied on multiple occasions (the relevant South Park is fantastic,) Richards’ comments redefined his career for the worse.

Since his outburst at the Laugh Factory, most of Michael Richards’ performances have been with Jerry Seinfeld. In 2007, he was in the Bee Movie, which was Seinfeld’s first motion picture script. On the seventh season of Curb Your Enthusiasm, Richards and the rest of the Seinfeld gang appeared in several episodes, where he at one point pokes fun at his racist outburst.

In 2012, Richards was interviewed by Jerry Seinfeld for his Crackle web-series, Comedians in Cars Getting Coffee. In fact, since the outburst, the only project Michael Richards has worked on that wasn’t led by Jerry Seinfeld was his role as Frank in the sitcom Kirstie, starring Kirstie Alley. Airing on TVLand in December 2013, the show was cancelled after one season.

Richards hasn’t appeared on television since 2014. He last played Frank in the sitcom, Kirstie, which aired on TV Land. Prior to that, he appeared in the talk-show web series, Comedians in Cars Getting Coffee, which was hosted and directed by Jerry Seinfeld.

On the big screen, he last starred in the romantic comedy, Faith, Hope & Love, alongside Peta Murgatroyd, Corbin Bernsen, M. Emmet Walsh, Natasha Bure, and Gary Hershberger. Released on March 15, 2019, it centers around a recent divorcee who enters a dance competition in an attempt to save her dance studio. It was Richards’ first film role in six years; he had previously appeared in the 2013 short film, Walk the Light.

Last year, he and his wife also made the headlines after they allegedly cut down their neighbor’s 30-year-old beloved trees’ to ‘improve their ocean views.’ According to TMZ, the pair came under fire after chopping down several Brazilian Pepper Trees, which led their neighbor, Maxine Adams, to file a lawsuit. Adams noted that it would cost her over $60,000 to replace the trees and that it would take at least twenty years to reach the same height. She also sued them for loss of aesthetic value to her property.

Aside from that, he hasn’t really been in the limelight, which makes sense, given his age (he’s 73 years old as of this post). If anything, he’s probably enjoying his retirement with his wife Beth Skipp, whom he married back in 2010. The pair also have a 12-year-old son together named Antonio Baz Richards, who was born in 2010. In fact, just last year, they were pictured enjoying a Sunday stroll together with their pups in the Pasadena neighborhood.