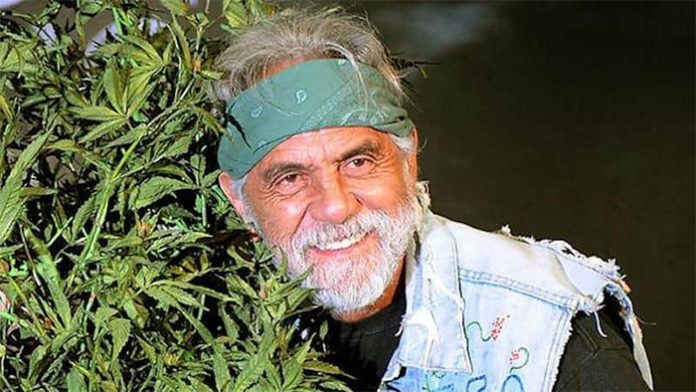 Hailing from Canada, Tommy Chong is best known as one-half of the comedy duo, Cheech & Chong. Throughout the years, the pair has released a number of comedy albums including Big Bambu, Get Out of My Room, and Sleeping Beauty, among many others.

In addition to that, he’s also acted in numerous television series and films over the years. For instance, he has appeared in the movies American Drug War, The Fluffy Movie, and The Walsh, to name a few. On the small screen, he’s best known for playing Leo in the Fox sitcom, That 70s show in the early 2000’s.

How is he doing nowadays? With all that he’s been involved with, how much has he banked throughout his career? How rich is he? According to various sources, Tommy Chong has amassed a net worth of around $8 million. What are some of his greatest achievements? Below, we’ll be taking a closer look at his career.

How did Tommy Chong Make His Money & Wealth?

Born on May 24, 1938, in Alberta, Canada, Tommy Chong grew up in Calgary, where he dropped out of high school at the age of sixteen. Later in his early twenties, he began playing the guitar for a music group called The Shades. Ultimately, it was after they moved to Vancouver, that he met his future comedy partner, Richard Marin aka “Cheech.”

By the late 1960’s, the pair had made themselves a known comedy duo. Not only did they perform stand-up shows, but they also released a number of comedy albums, most of which were met with acclaim. Some of the best-known routines include Santa Claus and His Old Lady, Earache My Eye, and Basketball Jones.

As they continued to rise in fame, they eventually put together their first feature film titled, Up in Smoke. Released in 1978, it proved to be a major hit at the box office, having grossed more than $44 million. Following that, they released two sequels, Nice Dreams and Cheech and Chong’s Next Movie.

Over the next decade, they starred in several other films including Get Out of My Room, Cheech & Chong’s Animated Movie and Born in East LA, to name a few.

As far as comedy albums go, they’ve since released over ten titles, the latest of which came out in 2002. To this day, Los Cochinos and Big Bambu remain to be their most successful albums, both having reached number two in the U.S.

Considering all that he’s done as a comedian, it’s not surprising to know that a significant portion of his wealth comes from his work with Cheech. With that said, he himself has also been involved with other ventures.

For instance, he starred in the popular sitcom That 70’s Show from 1999 to 2006. Over the past few years, he has also made appearances in the TV shows Raising Hope, The Millers and Uncle Grandpa. In 2014, he even competed in the popular dancing competition series, Dancing with the Stars.

Tommy Chong has been married to Shelby Fiddis since 1975. Prior to that, he was married to Maxine Sneed.

Does Tommy Chong Have Any Children?

Yes, he is the father of six children.

Did Tommy Chong Go to College?

No, he has not gone to college. In fact, he had dropped out of school at the age of sixteen.

What is Tommy Chong Famous For?

Tommy Chong is best known for being one-half of the comedy duo, Cheech & Chong. As an actor, he rose to fame as Leo in the sitcom, That 70’s Show.

Tommy Chong currently resides in Pacific Palisades, Los Angeles. Photos of his abode are not available at this time.

What Kind of Car Does Tommy Chong Drive?

Details on Tommy Chong’s vehicle are not available.

How Much Money Did Tommy Chong Make Last Year?

Unfortunately, we do not have any information regarding Tommy Chong’s annual salary.

Last year, he made a small appearance in the TV series, Trailer Park Boys: Out of the Park USA.

Wondering what the comedian is up to now? If you’re a fan, why not follow him on social media? As you can expect from such a celebrity, Tommy Chong is active on a few outlets including Twitter (@Tommychong) and Instagram (@HeyTommyChong). On Facebook, you can visit Cheech and Chong’s official fan page here.