What Happened to Barry Weiss on Storage Wars? – 2018 Update 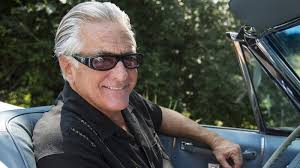 An antique collector, Barry Weiss rose to fame as one of the original cast members on the A&E reality series, Storage Wars. Known as The Collector, he has been collecting old gadgets since his teen years. Ultimately, he starred on the show for three years, before making his departure in 2013. What has he been up to since? Where is he now?

What is Barry on Storage Wars Doing Now in 2018?

Not long after his leave in 2013, it was revealed that he would have his own spin-off titled, Barry’d Treasure. Premiered on March 18, 2014, it centered around the antique collector as he traveled across the country in search of rare collectibles and antiques. After eight episodes, the show came to an end on May 6, 2014.

From there, he starred in yet another spin-off called, Storage Wars: Barry Strikes Back. Different from the previous title, it featured him and his colleague, Kenny Crossley, as they added commentary for the series’ past episodes. As far as we can tell, Barry hasn’t made any television appearances since.

Though his presence on television is missed, we’re happy to say that he’s enjoying his retirement from reality TV. In fact, he had recently told TMZ that he’s reverted back to being “a professional slacker.”

Will we ever see Barry on the small screen again? While he no longer has any active TV projects, however, he recently admitted that he’d like to one day do a motorsport show, as it’s something that he’s extremely passionate about. Considering that, maybe we’ll see him return to television in the near future. In the meantime, however, we’ll just have to watch some re-runs of Storage Wars.

About Barry From Storage Wars

Ever since he was a teen, Barry has had a thing for collecting antiques. Initially just a hobby, it eventually grew into something much greater; today, he has a wealth of knowledge that extends from war relics to classic cars, and everything in between.

For many years, he worked as a businessman. Together with his brother, he had operated a company called Northern Produce, that exported and imported fruits and vegetables in the United States. Extremely successful, the siblings earned a significant amount of profits over a period of 25 years.

Following his retirement, he traveled the world for many months (another one of his hobbies, aside from antique-collecting). With time, however, he got bored and returned home. Ultimately, it was then that he was invited to join the reality series, Storage Wars. As it had happened, one of his close friends had been working as one of the show’s executive producers at the time. Jumping at the opportunity to have some fun, he eventually made his television debut on the show in 2010.

Premiered in 2010, Storage Wars follows professional buyers who visit and bid on storage lockers (the contents can be sold when rent has not been paid for three months) throughout California. One of the main cast members, Barry was joined on the show by several others including Dave Hester, Darrell and Brandon Sheets, Ivy Calvin, and several others.

Despite mixed reviews, Storage Wars has always had strong viewership on A&E; for instance, the series premiere had attracted over 2.1 million viewers in the U.S. Known on the show as The Collector, Barry ultimately starred on the show for three seasons (2010-2013), before making his leave in 2013.

Though his leave was upsetting for fans, it was clear to many that he was less invested in the show, compared to some of the other cast members (which isn’t surprising, considering the fact that he was already retired prior to Storage Wars). In the end, it would appear that he had just gone along for the ride; by 2013, he had had enough of the experience.

A few months after his departure, it was announced that A&E would be giving Barry his own spin-off series called, Barry’d Treasure. The first spinoff of Storage Wars, the show followed the antique collector as he traveled across the country in search of rare and collectible antiques. Premiered on March 18, 2014, the premiere had drawn in 1.87 million viewers in the U.S.

From there, the reality star was given yet another spinoff titled, Storage Wars: Barry Strikes Back in 2015. His most recent appearance on television, it featured him and his cohort Kenny, as they shared various behind-the-scenes moments from the flagship series.

Since then, he hasn’t returned to television. In a recent interview with TMZ, Barry revealed that he had gone back to his old job- “professional slacker.” As far as what he’s been up to over the past months, it would appear that he has done much traveling- in fact, he had recently served as a judge in a cannabis contest in Amsterdam!