What Happened to Giuliana Rancic? – 2018 Update 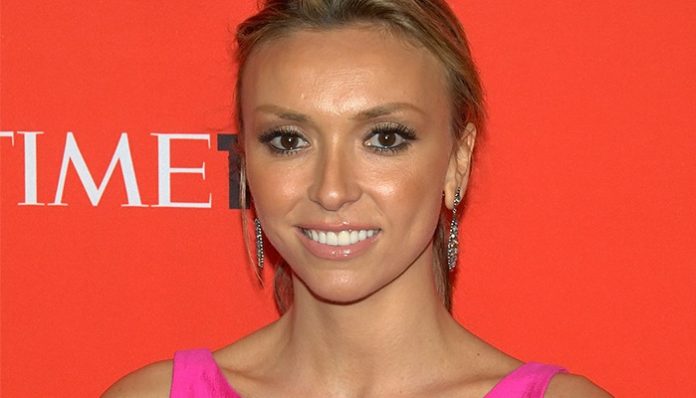 A television personality, Giuliana Rancic is perhaps best known for co-hosting the news show, E! News. Aside from that, she has also appeared in Fashion Police, Miss USA, Chelsea Lately, and Are You Smarter Than a 5th Grader? to name a few. At one point, she even had her own reality show called, Giuliana and Bill, which starred her and her husband. What is she doing nowadays?

What is Giuliana Rancic Doing Now in 2018?

Though she’s not as active as she once was before, she has made a number of appearances on television over the past year. For instance, she recently served as the host of E! Live from the Red Carpet at the Golden Globe, Screen Actors Guild, and Academy Awards. Prior to that, she was also invited onto Celerity Page.

Speaking of such television shows, she had also co-hosted Fashion Police in 2017. Some of the other titles that she’s appeared in over the past couple of years include Steve Harvey, Extra, Macy’s Presents Fashion’s Front Row, and Celebrity Family Feud.

As far as E! News goes, she hasn’t been on since her departure from the show in 2015. Perhaps her most notable television credit to date, Rancic had remained on the show for nine years, since 2006. During her time there, she worked alongside many colleagues including Ryan Seacrest, who was her co-anchor for many years.

Despite the fact that it was “the perfect job” however, the co-host ultimately stepped down from the role after being involved in a controversy- one in which she allegedly criticized Zendaya Coleman’s dreadlocked hair at the 2015 Oscars Red Carpet event. Following the incident, the network hired Maria Menounos, her rumored rival, to be her replacement.

The mother of a five-year-old, it’s no surprise that she also spends quite a bit of time with her family outside of work.

Born on August 17, 1974, in Naples, Italy, Giuliana Rancic and her family had immigrated to the U.S. when she was seven years old. After completing high school, she went to the University of Maryland, College Park, where she studied journalism. Following that, she received a master’s degree from American University. During her time there, she worked for a news bureau, covering government-related stories. At one point, she had also attended the Barbican Modelling and Acting School in Florida.

In 2005, she was made one of the hosts on E! network’s popular newscast program, E! News. Debuted in 1991, the show primarily reports on celebrity gossip and news, along with previous of upcoming TV shows and films. A year into her role, she was joined by Ryan Seacrest. Ultimately, it was after a decade of co-hosting E! News, Rancic stepped down from her position in 2015.

Her most notable television credit, it has won her several accolades including a People’s Choice Award for Favourite TV Celebreality Star in 2012. In 2014, she was also named as a “Fan Favourite” during the Daytime Emmy Awards ceremony.

During her time on E! News, she was also involved with other shows such as Fashion Police, After Lately, and E! True Hollywood Stories. At one point, she and her husband even had their own reality series titled, Giuliana and Bill, which ran for seven seasons, from 2009 to 2014.

As far as other TV credits go, she has also appeared on After Lately, Chelsea Lately, and Ready for Love. Adding to that, she has hosted many events such as Miss USA (2011-2014), and Miss Universe 2012.

Of course, she’s more than just a television personality; the mother of one, she has been married to entrepreneur Bill Rancic since 2007. For a long period, the pair publicly discussed their fertility issues, having tried to conceive (albeit with any success) since 2009. Ultimately, it was during their third round of in-vitro fertilization, that a doctor discovered that she had breast cancer following a mammogram test.

Fortunately, the breast cancer was caught while still in the early stages; as a result, she was able to achieve remission following a bilateral mastectomy. A year after the cancer scare, they announced that they were expecting their first child on The Today Show in April 2012. Their son, Edward Rancic was born later that summer.

Since her departure from E! News, she has remained active on television through shows such as Fashion Police, and Celebrity Page. Earlier this year, she even hosted the E! Live from the Red Carpet events for the Primetime Emmy Awards, Golden Globe Awards, Academy Awards, and Screen Actors Guild Awards.

Though she’s no longer an anchor on the E! newscast program, it would appear that she’s not ready to give up her role of being a TV host anytime soon.