What Happened to Brandon Rogers? 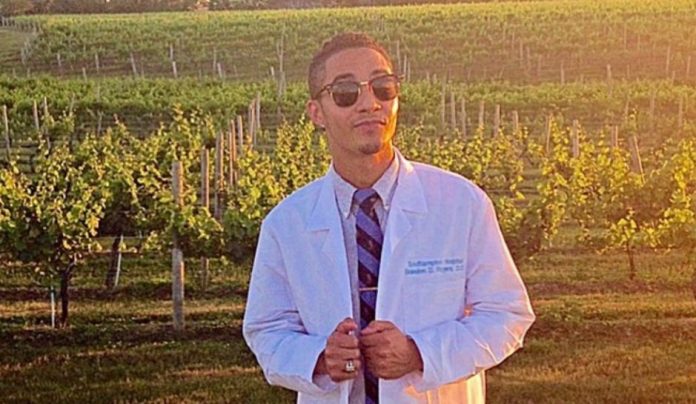 Family Medicine Physician and America’s Got Talent contestant, it seemed like there was nothing Brandon Rogers couldn’t do. Being young, charismatic and intelligent, Rogers was to be a true inspiration for others and seemed destined to leave a mark on the world. So What is Brandon Rogers doing now in 2018? Let’s find out.

What happened to Brandon Rodgers?

It is a shame to report that on June 11, 2017, Brandon Rogers passed away due to a fatal car accident. After his passing, NBC would air his audition tape, where he would sing a wonderful rendition of “Ribbon in the Sky” originally sung by Stevie Wonder. His performance was, by any measure, a wonderful one, getting a yes from all judges present. It is sad to think that Brandon Rogers, Physician and Singer, could have contributed so much more to the world but is now a memory. After the outpouring of fan support for the family of Brandon Rogers, his brother Danni took to social media to give a heartfelt thank you to everyone who has tried to make this time better for them.

Not much is known about Brandon Rogers outside of his America’s Got Talent Audition and his previous singing on Youtube. Brandon Rogers does have a brother by the name of Danni Rogers who is himself very much into music and dancing as a career. Brandon Rogers aside from being a great singer was, in fact, a young Physician at the age of 29 who practiced family medicine, and reportedly was one full of compassion and humor.

Dr. Brandon Rogers rise to fame started with a simple Youtube upload of himself singing a few Boyz II Men songs, which would end with him getting invited to be a guest in three of their Las Vegas live shows, surely a dream come true. After this, he had gained enough confidence to try out for America’s Got Talent, which if given the chance it was sure he would have gone very far in and likely become world famous.