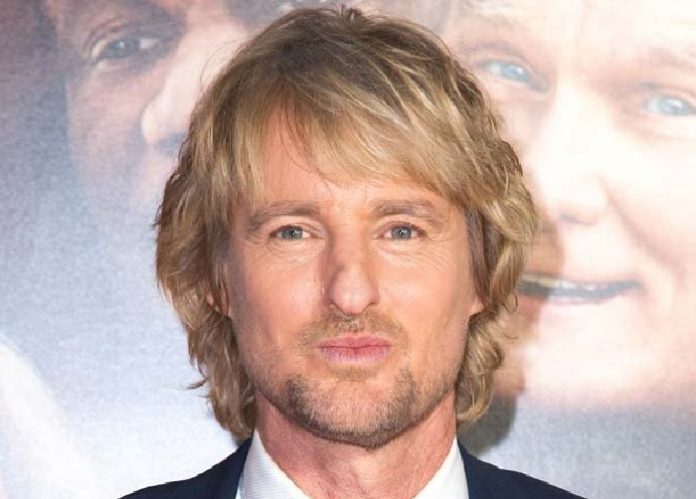 Owen Wilson is an actor, screenwriter, and producer, originally from Texas, who is known for his laid-back style, golden flowing locks, and easy charm. Academy Award-nominated Owen is known for his many collaborations in the comedy genre with fellow Hollywood star Ben Stiller, and he comes from a family with a strong tie to show-business, with both of his brothers, Luke and Andrew Wilson, also successful actors.

In a career spanning more than two decades, Owen has performed in leading roles in a number of big-screen blockbusters, and he’s also been involved in a few movies that didn’t do quite so well. But how much has the self-proclaimed troublemaker earned during his career? Read on to find out.

How Did Owen Wilson make his money & wealth?

Owen Wilson was born in Dallas, Texas on November 18th, 1968 to parents Laura and Robert Wilson. Dad Robert was an advertising executive, but also operated a public television station, and perhaps that’s why all three of his sons pursued careers in the entertainment industry. During high-school, Owen’s shenanigans saw him expelled from one school and also resulted in the distinctive shape of his broken nose, which I delve into in far more detail here.

While at the University of Texas in Austin, Owen teamed up with writer Wes Anderson, and together they wrote the crime drama ‘Bottle Rocket’. Anderson directed the movie while Owen and brother Luke both made their screen début in the film, alongside James Caan and Robert Musgrave. The film received praise and criticism in equal measure but performed badly at the box office, however, the attention launched Anderson’s career as a director and brought Owen into the public eye. Owen and Anderson continued to work together writing films, first came ‘Rushmore’ which has since become known as Anderson’s greatest work, followed by ‘The Royal Tenenbaums’, for which the duo received an Oscar nomination for best original screenplay.

Owen’s acting career continued after ‘Bottle Rocket’ when he had won a role in 1996’s ‘The Cable Guy’. The movie was Ben Stiller’s directorial début, and although it received a mixed reception at the time, it has in the years since become considered as one of the most under-rated movies of the 1990’s. Owen won several roles during the next few years, working again with Ben Stiller in ‘Permanent Midnight’, and playing the lead role in ‘The Minus Man’ in 1999, as a serial killer.

In 2000 Owen broke through into the top ranks of Hollywood stardom with his starring role alongside Jackie Chan in ‘Shanghai Noon’. The stunt-filled blockbuster took almost $100 million at the box office, and later that year he was working with Ben Stiller again in ‘Meet the Parents’. His collaboration with Ben Stiller hit gold in 2001 when the two co-starred in the comedy parody of the fashion World ‘Zoolander’, and by then Owen was earning serious money for his acting roles. Zoolander netted him $2 million, and ‘Behind Enemy Lines’, released the same year earned him another $3 million.

In 2004 Ben Stiller and Owen Wilson were back together in the film adaptation of the hit 1970’s TV show ‘Starsky & Hutch’. The script received some criticism, but the chemistry between Owen and Ben Stiller helped make the film a success, alongside the talents of Snoop Dogg, Will Ferrell, and Vince Vaughan. ‘Starsky & Hutch’ took over $170 million at the box office and Owen’s bank balance increased by a cool $10 million for the role, his biggest pay-day to date. The following year Owen and Vince Vaughan were together again, this time for the hugely successful ‘Wedding Crashers’ which took over $285 million at the box-office and gave Owen another $10 million to add to his growing wealth.

Owen’s career has never really had a quiet patch, in the last decade he has appeared in almost 30 films, and he has collaborated with Ben Stiller a total of twelve times, most recently in ‘Little Fockers’ in 2010, a role for which he earned $15 million, followed by ‘Night at the Museum: Secret of the Tomb’ in 2014, and the long-awaited but somewhat disappointing sequel to Zoolander in 2016.

Owen Wilson has never married. He had a relationship with singer Sheryl Crow, who wrote the song ‘Safe and Sound’ about their time together, and he dated actress Kate Hudson in 2009. In 2011 he had a son, Robert, with girlfriend Jade Duell, but the couple separated later that year. In 2014 Wilson had a second son, Finn, with Caroline Lindqvist.

Where does Owen Wilson Live?

Owen Wilson has invested in several luxurious properties, mainly on the West Coast. He bought a quiet three-bedroomed bungalow in the Pacific Palisades district of Los Angeles in 2014, for $1.5 million, and he also owns a four-bedroomed home in Santa Monica, California. Owen has a perfect vacation spot at a beach-front property on the Hawaiian island of Maui, which cost him almost $6 million in 2008, but his main residence is a 6,000 square foot estate in Malibu complete with tennis courts, a swimming pool, and ocean views. To add to the list, Owen picked up a modest three-bedroomed home in Westdale-Trousdale, Los Angeles in 2012 for the not so modest price of $1.3 million.

What car does Owen Wilson drive?

It’s not known what car Owen drives, despite his role as Lightning McQueen in ‘Cars 2’ and ‘Cars 3’, but his brother Luke was involved in a fatal smash in February 2018 in Los Angeles, when a Ferrari crashed into the car he was driving. Luke’s passenger was champion golfer Bill Haas, but fortunately the pair were not seriously injured, unfortunately, however, the driver of the Ferrari was killed in the accident.

Owen’s work for environmental organizations and animal welfare charities are well documented, In 2015 he hosted an auction at Sotheby’s in New York City that raised over $1 million for two charities in a single night. The benefactors, Elephant Family and Space for Giants both work to preserve the natural habitat for Elephants. Owen has also worked in Thailand promoting an elephant sanctuary there and supported other charities including BID 2 BEAT AIDS, the Chandler Sky Foundation, and fellow Hollywood star Edward Norton’s Solar Neighbors Program, which assists with housing solutions for homeless people.

Owen Wilson has enjoyed a consistently successful career for over two decades, but there is one notable exception to his success. Despite being nominated for over 30 major awards for his acting work, including nominations for the Oscars, the BAFTA’s, a Golden Globe and a Screen Actor’s Guild award, Owen has somehow never managed to win one of the most celebrated awards. He has won several smaller honors, including two MTV awards and a People’s Choice Award, but so far the biggest honors in show-business haven’t come his way.

The third film in Jackie Chan’s ‘Shanghai Knights’ series has been in the pipeline since the first sequel ‘Shanghai Knights’ was released in 2003, but so far it has still failed to appear. The most recent update came in September 2016 when director Jared Hess signed up for the project, but now in 2018, the script is still believed to be a work in progress.