What Happened to NBA YoungBoy’s Forehead? 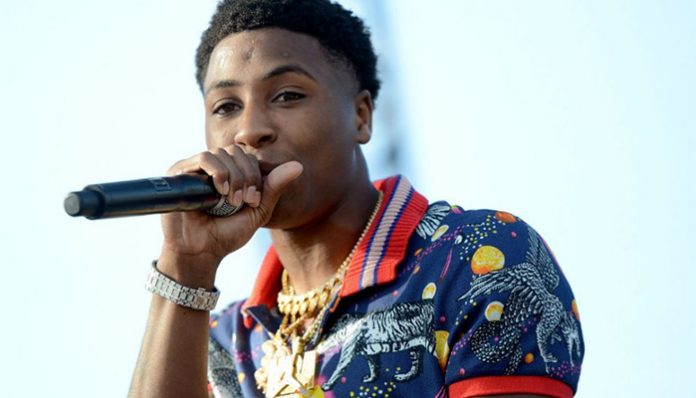 An up-and-coming rapper from Louisiana, NBA YoungBoy has churned out several mixtapes over the past few years including Life Before Fame, Ain’t Too Long, and before I Go Reloaded, among many others. Recently, he gained fame for his song, Outside Today, which charted on the Billboard Hot 100.

Music endeavors aside, many fans have wondered about the noticeable scars that he has on his head. What’s the story behind it? What happened to NBA YoungBoy’s forehead? What is he up to in 2018?

What Happened to NBA YoungBoy’s Forehead?

For those who have wondered about his scars, he recently revealed the story behind them in an episode of XXL Magazine’s web-series, Who Am I?. According to the video, he had broken his neck as a toddler while play wrestling; in order for his spine to heal properly, he required a halo brace.

What did the halo brace do? Essentially, it held his head and neck in place, so that his spine could heal. Placed around the head, it’s securely held in place by four screws or pins. With the brace, NBA YoungBoy was able to participate in most regular activities during the recovering process.

As you can probably expect from such a procedure, it does leave noticeable scars on the head, which is what the rapper has. Fortunately, that’s all the remnants that he has from the near-death incident.

In terms of new songs, he recently released three singles, No Smoke, Outside Today, and Diamond Teeth Samurai, one of which has already gone gold in the U.S. Earlier this year, he also landed a feature in Lil Yachty’s NBA YoungBoat, which charted at number 63 on the Billboard Hot 100.

As far as albums go, it was announced in January 2018 that he would be dropping his debut studio album, Until Death Call My Name on April 27, 2018. Supported by two singles, the project is set to feature Future as a guest artist in one of the songs. Most recently, a promotional single titled, Right or Wrong was released on March 12, 2018.

Despite the strides that he’s taken as a rapper, however, he has had many run-ins with the law. For instance, he was arrested by officials in 2016 with two counts of attempted murder, after having allegedly opened fire on a number of people in Baton Rouge. In the end, he was charged with attempted first-degree murder, which sent him to prison until August 2017.

Fast forward to earlier this year, and he was once again arrested prior to one of his concerts in Tallahassee, as he had a warrant in Georgia for allegedly kidnapping, assault, and weapons violations. In March 2018, it was announced that he had been released on a $75,000 bail.

For those who’re interested in seeing him perform live, he has a couple of shows planned for May 2018, one Kansas’ Providence Medical Centre Amphitheater and another in Florida’s Hard Rock Stadium.

Born and raised in Louisiana, the rapper became fond of music as a young boy. By the time he hit his teens, he had decided to drop out of school in order to pursue a music career. Prior to making himself known, however, he was arrested for robbery, which landed him a stay at the Tallulah Detention Centre. Ultimately, it was while he was there that he began to work on his debut project.

Since then, he has released several songs including Too Much, Don’t Matter, Win or Lose, and Untouchable, the last of which came out a week after he left prison. Prior to going to prison, he had also dropped a few mixtapes such as Life Before Fame, and his Mind of a Menance series.

In addition to his solo records, he has done a number of collaborations with artists such as Lil Yachty and A Boogie wit da Hoodie. Just last year, he had worked with Moneybagg Yo on the album, Fed Baby’s, which reached as high as number 21 on the Billboard 200. This March, he was also featured in Lil Yachty’s charting single, NBA YoungBoat.

To sum up, it’s obvious that the twenty-something has a natural talent when it comes to the rapping. After all, he has earned himself a solid fanbase over the past few years- on SoundCloud alone, he’s amassed over 350,000 followers! For his music videos and more, be sure to stop by his official YouTube channel.