What Happened to Poreotix? – 2018 Update 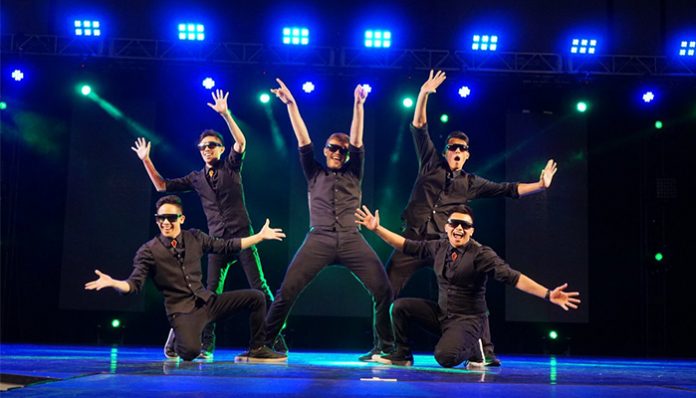 An Asian American all-male dance crew, Poreotix (aka Poreotics) rose to fame after winning the fifth season of MTV’s America’s Best Dance Crew in 2010. Known for donning dark shades, the group danced to several hit songs on the show including those of Beyonce and Taylor Swift. What have they been up to since their victory? Let’s take a look.

What Happened to Poreotix? 2018 Update

A year after winning the fifth season of America’s Best Dance Crew, Poreotix held their first official tour (“ The Tic Tic Tour”) in Australia. Consisting of three shows, the group stopped by three major cities- Adelaide, Sydney, and Melbourne. In addition to performances, they also held a few dance workshops, where fans had the chance to meet with the dancers.

Following that, they embarked on a second tour (“Tic Tic 2 Tour”) in the summer of 2011 where they had the chance to perform in Perth and Brisbane for the first time. Joining them on the trip were the dance crews The ArchiTEKS, Just Kidding Films, and Yomama Crew, among several others.

Since then, they’ve returned to television a number of times in shows such as Nightlife, AXI: Avengers of Extreme Illusions and Shake It Up. At one point, they even hosted the Bridge Juniors Dance Competition in California, an event that was filmed and later made available on Pay-Per-View.

With their dance moves, it’s not surprising to know that they’ve also been featured in a few music videos. For instance, they worked on Usher and Justin Bieber’s Somebody to Love, and Bruno Mars’ The Lazy Song (the latter of which saw them disguised as chimps). Not only that, but they also made an appearance in Ganesh Hedge’s MV, Let’s Party in 2011.

What have they been up to in the past year? For one thing, they’ve been relatively active on YouTube, with a new upload every few months. Some of their most recent videos include “Forgiven”, Poreotics x Jennifer Lopez – Windmills on the Elbow, Shawn Mendes – There’s Nothing Holding Me Back, and Poreotics at NYU 2017. In addition to their dance videos, they’ve also uploaded a couple of vlogs. If you haven’t already done so, be sure to subscribe to their channel by clicking here.

Known for their signature sunglasses, the all-male dance crew initially consisted of Can Nguyen “Candy”, Charles Viet Nguyen, Matthew Nguyen “Dumbo”, who came together in late 2007. From there, the group eventually expanded to include two new members, Justin Valles “Jet-Li” and Lawrence Devera “Law.”

A few years later, they received attention after competing in the fifth season of MTV’s dance competition, America’s Best Dance Crew. Some of the crews that they were up against included Blueprint Cru, Ghost, Heavy Impact, Blended Project, and Jungle Boogie, among many others. One of the top groups from the West Coast, they had successfully won a spot on the show after dancing to Taylor Swift’s Love Story.

Advancing to the Chart Topper Challenge, they were later assigned to dance to Kid Cudi’s Day ’n’ Nite. Following an impressive performance, they landed themselves in the top six. From there, they continued to perform to several hit songs such as Rihanna’s Umbrella, Lady Gaga’s Paparazzi, The Jackson 5’s Dancing Machine, Usher’s Yeah!, and Kid Sister’s Right Hand Hi. During the entire competition, Poreotix only finished in the bottom once, during the Hip-Hop Nation Challenge.

For the finale, the group performed to Kesha’s Blah Blah Blah alongside Heavy Impact, and Hype 5-0. Eventually, they were announced as the winners on April 8, 2010. Afterward, they joined the show’s previous champions for a charity event, where they raised funds for the Everybody Dance Now, Charity.

The following year, the group held their first official tour in Australia, where they performed in Sydney, Adelaide, and Melbourne. In addition to their performance, they also held a meet and greet event with fans which ran until October 2011. A few months later, they returned for a second tour with the dance crews, Just Kidding Films, The ArchiTEKs, and Yomama Crew.

Though they haven’t made any television appearances in a while, they continue to perform as a group, as evident from the videos on their YouTube channel. Not only that, but they’ve also been teaching various workshops in the country (e.g. Urban Dance Camp).

As of 2018, Poreotix consists of six members; in addition to the founders Matthew Nguyen and Can Nguyen (Charles Nguyen has since left the group), the crew also includes Andrew Fausto Mayate, Lawrence Bravo Devera, Minoru Iwasaki, and Aidan Carberry.