What Happened To Vine? 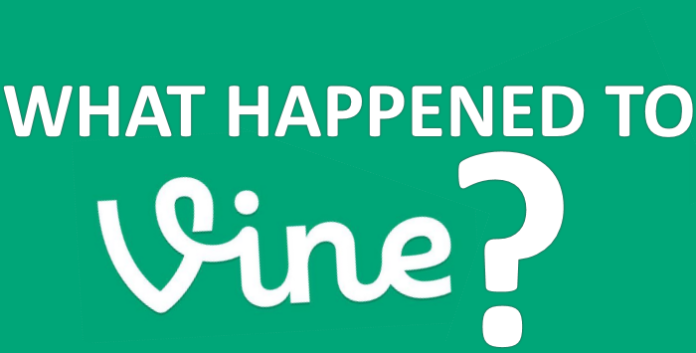 Vine was a very popular social app/website on which people would upload and share short, looping videos. The concept of Vine proved to be a great one, and the app amassed a total of 200 million active users. But then, just 4 years after its launch, at the height of its popularity, the app was shut down. So, there is one obvious question that needs answering – what happened to Vine?

Vine was founded in 2012 by just three people, D. Hoffman, R. Yusupov and C. Kroll. And the next thing you know, it was acquired by none other than Twitter. Now, big companies acquiring smaller ones is nothing new; it’s a well-known fact that Facebook now owns Instagram, Whatsapp, and OcculusVR (but did you know that they’ve acquired 64 other companies/patents?). What stands out here is that Vine was acquired before it even went public! Now that’s something you don’t see that often.

Just five months after the trio started working on the app, Twitter acquired it for $30 million. Twitter recognized the potential of the upcoming platform and decided to expand their corporate umbrella. Shelling out those 30 million might have been a gamble in October of 2012, but it proved to be a big score shortly after.

According to Statista, Vine didn’t take too long to hit it big. During the first 3 quarters of 2013 (in its first year, in other words), the app had 24 million registered users. While all the popular social media apps were at least doubling the numbers when it comes to growth, Vine was the fastest growing one with 403%.

By 2015, the app had over 100 million active users, and reached the number of 1.5 billion daily ‘loops’. And then, in late October of 2016, Twitter announced that the video-sharing platform will be discontinued.

At its height, the app had 200 million active monthly users, however, the popularity halted and even started dwindling during its last months. So, what exactly happened that caused such a giant to disappear?

What happened to Vine?

There are several reasons that made Twitter shut down its little brother. First of all, believe it or not, the first time Twitter turned profitable was in February this year. Yes, that’s right, 12 years after it was first launched. At the time of Vine’s demise, Twitter was struggling financially, and even let go 350 employees. Even if you don’t know a thing about the corporate world, you can probably guess that firing 9% of your employees isn’t a good thing. 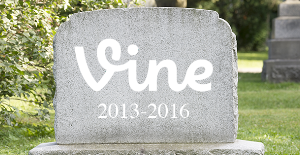 Secondly, the competition. While Vine may have been one of the pioneers of simple, short, looping videos in 2012, lots of competitors were created since. And they weren’t some indie apps coded from a basement – we’re talking Snapchat, Instagram, Facebook, and the like. This meant that Vine had to compete with already established social media giants, which is no easy task, especially if your parent company is going broke.

Another possible reason is that it was probably hard for the app to get advertisers. Advertising on six-second videos is… well, it’s just not a really good idea. Who would want to sit through a 30-second ad to see a six-second video? YouTube might be able to get away with it because it offers much more than just simple looping videos.

So in the end, Vine was shut down due to a combination of Twitter’s financial troubles, competition and its own inability to make a profit. Plus, there is probably another reason or two that Twitter kept hidden since the company never said much regarding the issue.

Fortunately, Vine isn’t dead just yet. You can still watch all the uploads on the website. Twitter has promised that it would leave everything intact. However, you can’t download the app anymore, or create new vines on it.

But, if you just want to get that original feeling again, we have some good news for you. Hoffman, one of the original devs of Vine (all of which weren’t happy to hear the news), announced that he would be creating a new app, inspired by Vine. You can find the app for both Android and iOS, but its launch wasn’t nearly as successful as its predecessors. The app is called “V2” if you want to give it a try. Appropriate.