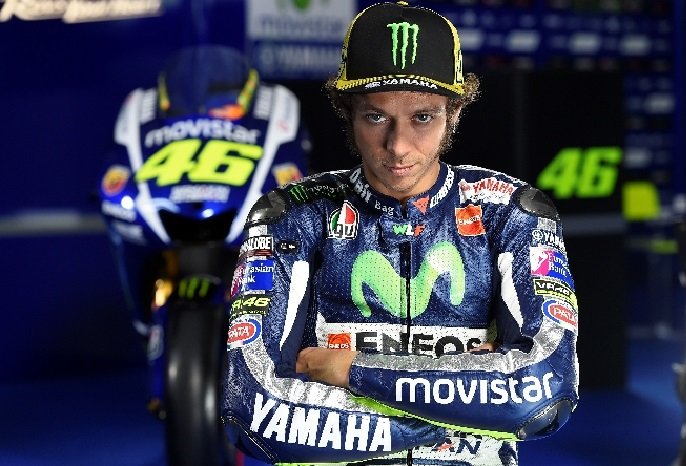 The World’s biggest motorcycle racing league, the MotoGP, is followed by millions Worldwide, but arguably the sport is most popular in parts of West Europe, in particular, Italy and Spain, and it’s from Italy that the most successful racer of modern times comes.

Valentino Rossi has been a professional racer for over 20 years, and for the last decade, he has dominated the sport, not only in terms of success on the track but also when it comes to the highest earnings. His passion for the sport, combined with his incredible skill, has seen him earn a vast personal fortune, and expand his interests in MotoGP into ownership of his own team, and now in 2018, his influence in the sport is second to none. But exactly how much has ‘The Doctor’ earned during his career? Read on to find out.

How Did Valentino Rossi make his money & wealth

Valentino Rossi was born in the ancient walled-city of Urbino, in central Italy, on February 16th, 1979. His father, Graziano Rossi was a motorcycle Grand Prix racer, and he had his best year in the year Valentino was born, achieving three victories and making the podium a total of five times. Graziano never won a race again and retired from the sport in 1982, but Valentino followed in his father’s footsteps, and in 1996 he made his début on the track.

Valentino began racing in the 125cc category, and by 1997 and the end of his second season, he was celebrating his first World championship. Valentino moved up to the 250cc division and by 1999 he was World champion in that class too. Promoted to the premier 500cc league in 2000, it wasn’t long before Valentino was completely dominating the sport.

Racing with the Honda team, Valentino was crowned World champion in 2001, a feat he was to repeat for the next two years. In 2004 Valentino moved to the struggling Yamaha team, and his opponents hoped that they would be able to knock him off his, by then, regular place at the top of the podium. But Valentino’s fearlessness and brilliance on the track transformed Yamaha’s fortunes, and he won back-to-back World championships for his new team in 2004 and 2005.

In 2006 Valentino crashed in the final race and was edged into second place in the championship, and the following year Casey Stoner stormed to victory with 10 wins, while Valentino was pushed into third place overall by a single point.

In 2007 Sports Illustrated were reporting that Valentino’s annual earnings were $30 million a year, second only to Formula 1’s Michael Schumacher who earned a reported $80 million, but 2007 also saw Valentino investigated by the Italian authorities for suspected tax evasion. The investigation centered around the years 2000 to 2004, when it was alleged that Valentino had earned approximately $100 million in undeclared earnings. The case was eventually settled the following year with Valentino agreeing to pay $43 million ($35 million Euros), as well as accepting a six-month suspended sentence for not declaring his income.

In 2008 Valentino’s income reached its peak, with his annual earnings topping $35 million that year, and he also regained his World Championship title and retained it in 2009. Valentino joined the Ducati team in 2011 for two seasons, but after failing to win a single race, he returned to Yamaha in 2013. After giving way to other upcoming stars of MotoGP for several years, Valentino looked to be back on top in 2015, but in the final race he lost to team-mate Jorge Lorenzo, and to date, Valentino Rossi hasn’t come as close to adding to his World championship titles again.

Valentino has never married and has no children, but he has earned a well-deserved reputation as a ladies man. Throughout his career he has been linked to a string of beautiful women, including several stunning models, and although he has always tried to keep his private life as low-key as possible, the Italian press, who report on his off-track activities almost daily, have recently been linking him to a 24-year-old Italian model called Francesca Sofia Novello, Francesca is a former professional underwear model, who frequently posts pictures that are just about suitable for work on her Instagram account, to over 55,000 followers. Neither Francesca or Valentino have confirmed they are in a relationship, but the Italian press is convinced they are an item.

Although Valentino is no longer dominating the World of MotoGP, his influence and celebrity status earn him at least $12 million per year with Yamaha, and another estimated $10 annually from endorsements with names such as Monster Energy, Oakleys and Bridgestone. In 2014 Valentino launched his own racing team, ‘Sky VR46’, and they have begun to achieve some success in the Moto3 class, formerly known as the 125cc class.

Where is Valentino Rossi’s House?

Valentino shuns media attention about his private life, but it is known his main residence is in the exclusive and quiet village of Tavullia, Italy. Valentino’s estate encompasses 198 acres of land and contains farms, vineyards and olive gardens, and it is also located near to his parent’s home. Valentino is also reported as owning a collection of luxury cars, including BMW’s, Ferrari’s and Mercedes, as well as a fifty-six-foot luxury yacht. He also owns a luxury villa in Ibiza and properties around Europe, including several in London, where he lived during the early part of his career.

The records that Valentino holds are far too many to mention, but perhaps most notably he holds the record for the longest period between his first and last MotoGP wins, from his first in August 1996 at the Czech GP, to his June 2017 win at the Dutch TT, his winning span is just a few days short of 21 years. He holds the records for most wins, most podium finishes and the most race starts for all MotoGP classes combined, as well as the most wins at nine of the MotoGP tracks and the Aprilia team. A measure of his skill in all forms of motorsport was perhaps best shown in 2006. After testing the Ferrari Formula One car that year, he improved so much after only one day, that Formula One star Michael Schumacher believed he would be instantly competitive in the sport, but Valentino instead chose to concentrate on his MotoGP career, a decision that Schumacher later admitted had ‘Saddened’ him.

Valentino posts regularly to over 5.6 million fans on Twitter and updates MotoGP fans with the latest Championship news on his website.