What Happened to Wendy Williams? – 2018 Update 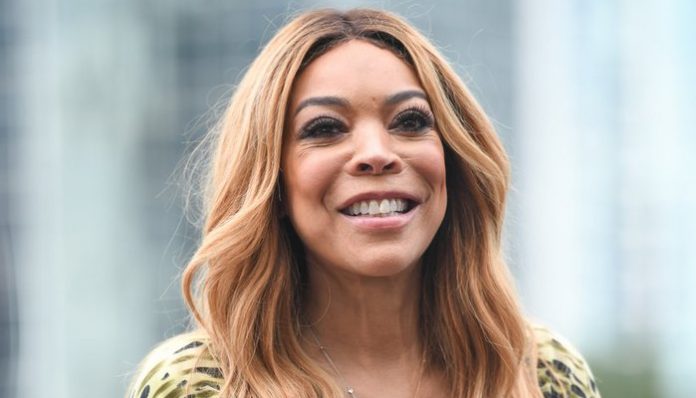 A familiar face on television, Wendy Williams is widely known as the host of the popular, The Wendy Williams Show. Previous to that, she had also gained attention for her on-air spats as a radio DJ. What has she been up to as of late?

What is Wendy Williams Doing Now in 2018?

As you probably already know, she has been hosting The Wendy Williams Show for many years, since 2008. Nominated for five Daytime Emmy Awards, it constantly ranks among the top in the United States. As of 2018, it is currently in its tenth season, with over 1,500 episodes. For those who’d like to tune in, click here to view the airing schedule.

Considering its vast popularity, it’s not surprising to know that the talk show was recently renewed through until the 2019-20 season. In fact, she has not missed a show until earlier this year- when she took a week off.

Aside from The Wendy Williams Show, she has been featured in several other talk shows over the past year such as The Tonight Show Starring Jimmy Fallon, The View, Late Night with Seth Meyers, and Extra. In 2017, she had also taken part in Wild ’N Out, Celebrity Page, and The Chew.

Speaking of television, Williams has also made a few acting appearances over the past few years. For instance, she had recently appeared as herself in the TV series, Odd Mom Out, and Nightcap. In 2016, she also played a role in the comedy film, Mike and Dave Need Wedding Dates.

Outside of the showbiz, she’s also been kept busy with multiple business ventures such as her clothing line and jewelry collection. To be more specific, she had debuted a line of clothing for the everyday woman in 2015, after partnering with the Home Shopping Network.

Born on July 18, 1964, in Ocean Township, New Jersey, Wendy Williams is the second of three children. Growing up in the Wayside neighborhood with her brother and sister, she went to Ocean Township High School, which she graduated from in 1986. Following that, she continued her education at Northeastern University in Boston, where she received a Bachelor’s of Arts in communications.

Having worked as a DJ for the university’s radio station, she later landed a position at WVIS after graduation. Not long afterward, she started to work at WOL and WQHT. Still, it wasn’t until she started to work at WRKS that she began to gain notoriety. In 1990, her efforts paid off and she won a “Best On-Air Radio Personality” Award from Billboard.

Years later in 2008, she was offered the opportunity to have her own talk show by Debmar-Mercury. That summer, The Wendy Williams Show debuted in four cities in the United States. After a successful six-week trial, the show was picked up by Fox, who then broadcasted it across their stations.

Since then, The Wendy Williams Show has become one of the most popular syndicated talk shows in the country, attracting over 2 million daily viewers on a regular basis. Today, it tends to compete with The Ellen Degeneres Show as the US’s top-ranked syndicated talk show.

For her work on the show, Williams has won numerous awards including two Daytime Emmy Award nominations for Outstanding Talk Show Host.

In addition to being a television host, Williams has acted in several TV series over the past years. For instance, she has appeared in the titles, Drop Dead Diva, 30 Lock, Law & Order: Special Victims Unit: The Neighbors, and Santa Con. In 2016, she had also lent her voice to the TV special, Ice Age: The Great Egg-Scapade.

Speaking of acting roles, she had even played the part of Matron Morton aka “Mama” in the Broadway musical, Chicago in 2013. A documentary that followed her preparations for the role called, Wendy Williams: How You Doing’, Broady? was later released.

Outside of her television career, she is also the author of seven New York Times best-sellers. Some of the books that she’s published include The Wendy Williams Experience, Wendy’s Got the Heat, Drama is Her Middle Name, Ritz Harper Goes to Hollywood and Half Me in Contempt.

Adding to that, she’s also involved with several business ventures. For instance, she had launched her own line of pants, dresses, and sweaters for women in 2015, after partnering with the Home Shopping Network. Since then, she’s also created her own line of jewelry called Adorn by Wendy Williams.

If the popularity of The Wendy Williams Show is of any indication, she will not be halting the show anytime soon. In fact, the Daytime Emmy Award-nominated show was recently renewed through the 2019-20 season.

Today, the show continues to be broadcast live in front of a studio audience, four times a week, from Mondays to Thursdays. If you’re a fan, don’t forget to switch on the TV and tune in!