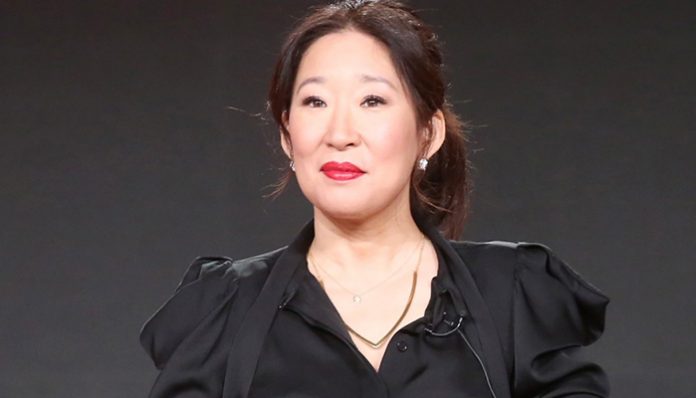 Since she left the show in 2014, she has appeared in several other series such as Peg + Cat, American Crime, and Shitty Boyfriends. Currently, she plays the titular role in the BBC drama, Killing Eve, which premiered in 2018. On the big screen, she has also worked on a few films including Window Horses, Catfight, and Meditation Park.

As one of Grey’s Anatomy‘s main cast members, how much was she paid? How well-paid is she as a television actress? How rewarding has her film career been? How rich is she? According to various sources, Sandra Oh’s current net worth is around $25 million. How much of this came from her time on the medical drama? Let’s have a look.

How did Sandra Oh Make Her Money & Wealth?

Born on July 20, 1971, in Ottawa, Ontario, Sandra Oh grew up in Ottawa, where she began acting at a young age. After completing high school, she rejected a scholarship to Carleton University, in order to study drama at the National Theatre School of Canada, much to the dismay of her parents. Some of her early television credits include Denim Blues, The Diary of Evelyn Lay and If Not For You.

Several years after her debut, she landed a lead role in the HBO sitcom, Arliss. From there, she played various roles in shows such as Further Tales of the City, The Proud Family, and Judging Amy, before being cast as one of the main characters in ABC’s medical drama series, Grey’s Anatomy.

The big break that she’d been waiting for, she played the role of Dr. Cristina Yang, a surgical intern who later works her way up to being a cardiothoracic surgical fellow. Her fellow co-stars included Ellen Pompeo, Justin Chambers, T.R. Knight, Katherine Heigl, and Chandra Wilson, among many others.

A fan favorite, it’s said that she earned $350,000 per episode. Seeing as how she was on the show for nine years, it only makes sense that she’d earned a significant amount of earnings by the time she left in 2014. For her portrayal of Dr. Cristina Yang, she won numerous accolades including a Golden Globe Award, and five Primetime Emmy Award nominations for the category of “Outstanding Supporting Actress in a Drama.”

Since leaving Grey’s Anatomy, Oh has appeared in a few television series including Shitty Boyfriends, American Crime, and Peg + Cat. Most recently, she has been playing the titular role in the BBC drama, Killing Eve, which premiered in 2018.

In addition to her television career, the actress has appeared in many films. For instance, she has worked on the titles Ramona and Beezus, Rabbit Hole, Tammy, Catfight, and Meditation Park. In 2016, she also helped to produce an animated film called, Window Horses, which saw her as one of the main voice actors.

While she isn’t married, she has been in a long-term relationship with Andrew Featherston since 2007. Previously, she was married to Alexander Payne.

Does Sandra Oh Have Any Children?

No, Sandra Oh does not have any children that we know of.

Did Sandra Oh Go to College?

After completing high school, she chose to study drama at the National Theatre School of Canada. To the dismay of her parents, she had opted not to take advantage of a four-year scholarship to Carleton University.

What is Sandra Oh Famous For?

Sandra Oh is best known as Dr. Cristina Yang in ABC’s medical drama series Grey’s Anatomy, a role that she played for nearly a decade.

Sandra Oh currently resides in Los Angeles for her acting career. We do not have any further information on her location at this time.

What Kind of Car Does Sandra Oh Drive?

Details on Sandra Oh’s vehicle are not available.

How Much Money Did Sandra Oh Make Last Year?

At this time, we do not have any information on Sandra Oh’s annual salary.

Currently, Sandra Oh is starring in the drama series Killing Eve, which premiered earlier this year. As far as other recent appearances go, she appeared in the films Meditation Park and Catfight in 2017.

What is Sandra Oh up to nowadays? If you’re a fan, why not keep up with her on social media? You can find her on Twitter at @IAmSandraOh and on Instagram at @IAmSandraOhInsta. On Facebook, you can also show your support by liking her official fan page.