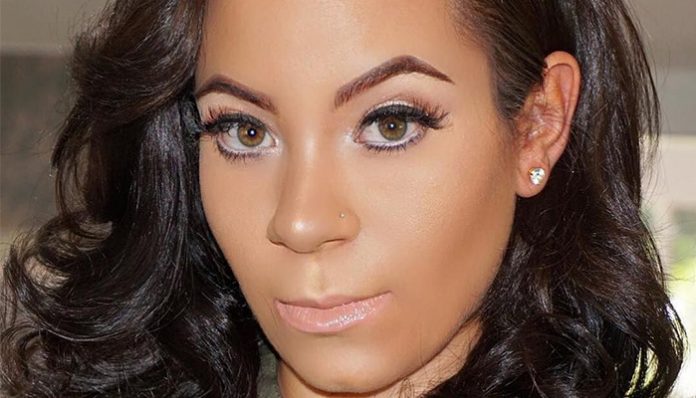 maA reality star, Aja Metoyer gained attention after being cast in the VH1 series, Basketball Wives. The former girlfriend of NBA star Dwayne Wade, she is said to be the mother of one of his children. Previously, she had also been in a relationship with Damon Wayans Jr., the star of the sitcom, Happy Endings.

As far as we can tell, she has not appeared in any other television programs. Despite that, it would appear that she’s amassed quite an online following- on Instagram alone, the TV personality has over 10,000 followers.

How much is she paid for her appearances on Basketball Wives? Aside from the television show, what else does she do for a living? How wealthy is she? Unfortunately, we currently do not have Aja Metoyer’s net worth available at this time. While we’re here though, let’s go over what we know about the reality star.

How did Aja Metoyer Make Her Money & Wealth?

Born on July 25, 1983, in Los Angeles, California, Aja Metoyer is the second child of Cynthia and Ronald Metoyer, the former of whom is a teacher. Unfortunately, not much information has been revealed about her early life- which isn’t surprising, considering the fact that she had only recently gained attention after it was revealed that she had fathered a child with Miami Heat’s Dwayne Wade.

To be more specific, she had given birth to a son named Xavier Zechariah Wade in the fall of 2013. According to his birth certificate, which was later obtained by TMZ, his parents are none other than Aja Metoyer and Dwayne Wade. Allegedly, the two had gotten together briefly while the NBA star was on a break with his partner, Gabrielle Union, though he later refuted such claims.

Prior to this, Metoyer was already a mother of two; more specifically, she has also two children with the actor, Damon Wayans Jr.

Though she had already made a name for herself as Dwayne Wade’s baby mama, she gained further attention after it was revealed in late 2016 that she would be joining the cast of VH1’s popular reality series, Basketball Wives LA alongside Keonna Green.  Introduced in the sixth season, the first episode aired on April 17, 2017.

Created by Shaunie O’ Neal, the show, a spin-off of Basketball Wives has been popular among viewers ever since its debut in 2011. Thanks to the popularity of the series, Metoyer’s fame has steadily increased over the past few months. Some of her fellow cast mates include Jackie Christie, Malaysia Pargo, Brandi Maxiell, and Keonna Green.

Taking into consideration how popular the VH1 series is, it’s likely that Metoyer is paid a decent sum for her appearances in the sixth season. With that said, it’s hard to determine how much exactly she makes from the show. As far as we can tell, however, she has not appeared in any other TV series- though it’s unclear whether or not she will be joining any other titles in the near future.

As far as we know, Aja Metoyer is currently single. In the past, she had briefly dated Damon Wayans Jr. and Dwayne Wade. Ultimately, it was her relationship with the latter that had gained her attention in the early 2010’s.

Does Aja Metoyer Have Any Children?

Yes, she has two children named Aniya and Amara with American actor, Damon Wayans Jr. With NBA star Dwayne Wade, she also has a son named Xavier Zechariah, who was born in 2013.

Did Aja Metoyer Go to College?

Though not much is known about Aja Metoyer’s education background, it’s assumed that she has not gone to college.

What is Aja Metoyer Famous For?

As far as we know, Aja Metoyer currently lives in Los Angeles. Unfortunately, further details/pictures are unavailable at this time.

What Kind of Car Does Aja Metoyer Drive?

Details on Aja Metoyer’s vehicle are not available.

How Much Money Did Aja Metoyer Make Last Year?

At this time, we do not have any information on Aja Metoyer’s annual salary.

Wondering what the reality star is up to? Did you know that she’s active on social media? That’s right, you can follow Aja Metoyer on Instagram at @Aja_Metoyer. On Facebook, she also has an official fan page which you can “like” here.