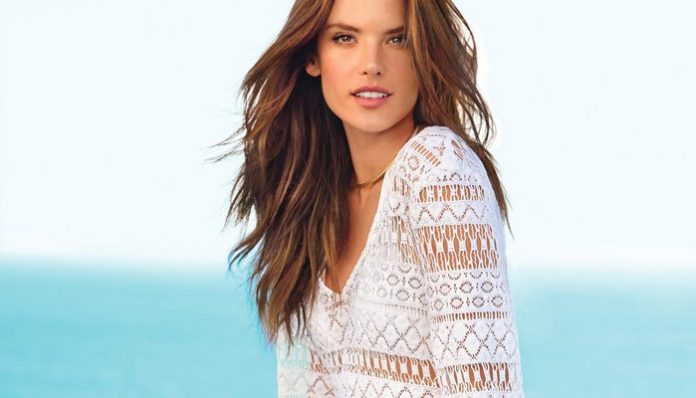 Hailing from Brazil, Alessandra Ambrosio is best known for her modeling work with Victoria’s Secret. Hailed as one of the “Most Beautiful People in the World” by People Magazine, she has also posed for brands such as Ralph Lauren, Christian Dior, and Armani Exchange.

In addition to being a model, she’s also somewhat of a television personality, having appeared in several shows such as Australia’s Next Top Model, Project Runway and America’s Next Top Model. As far as acting goes, she has worked on a few series including How I Met Your Mother, Gossip Girl, and New Girl.

How lucrative is her modeling career? How well-paid is she as a model? How wealthy is the brunette? According to various sources, Alessandra Ambrosio has earned herself a net worth of $60 million as of 2018. Where did all this money come from? Hopefully, we’ll be able to answer this question for you below.

How did Alessandra Ambrosio Make Her Money?

Born on April 11, 1981, in Rio Grande du Sul, Brazil, Alessandra Ambrosio has been working as a model ever since she was twelve years old. Later in her mid-teens, she began to pose for Dilson Stein. As she made herself known over the next several years, she appeared in advertising campaigns for brands such as Gucci, Christian Dior, Calvin Klein, Gap, and Hugo Boss, to name a few.

Perhaps the most notable brand that she worked with however is Victoria’s Secret. The first spokesmodel for the company’s PINK line, she participated in numerous Victoria’s Secret Fashion Shows during the 2000’s and 2010’s. At one point, she even walked the runway wearing a special lingerie made entirely out of edible candy. After many years of walking down the runway, she announced her retirement via Instagram in 2017.

How much did she make from her modeling gigs? Often cited as one of the highest-paid models in the world, it’s said that she earned $6.6 million in 2012, according to Forbes.

Somewhat of a television personality, the brunette has also appeared in a number of TV programs over the years. For instance, she has been featured on Project Runway, America’s Next Top Model, and Australia’s Next Top Model. As an actress, she has also worked on a few titles such as Gossip Girl, How I Met Your Brother and Daddy’s Home. Most recently, she made a small appearance in the comedy film, Daddy’s Home 2. Unfortunately, it’s not known how much she’s paid for the above roles.

As far as other ventures go, she had launched her own lifestyle and fashion brand, Ale by Alessandra, in the spring of 2014. Not only that, but she also sold her own line of swim wear in the early 2000’s. Incredibly popular, more than 10,000 units were sold within the first month alone.

If you are interested in her apparel, you can check out her online store via her official website here.

No, as far as we know she is currently single. After being engaged to Jamie Mazur for ten years, it was announced that they had separated in March 2018.

Does Alessandra Ambrosio Have Any Children?

Did Alessandra Ambrosio Go to College?

No, Alessandra Ambrosio did not attend college.

What is Alessandra Ambrosio Famous For?

As a model, Alessandra Ambrosio is perhaps best known for her work with the lingerie brand, Victoria’s Secret. In 2006, she became the company’s first spokesmodel for their PINK line.

We do not have any details available on Alessandra Ambrosio’s location, nor do we have any pictures of her abode to share at this time.

What Kind of Car Does Alessandra Ambrosio Drive?

How Much Money Did Alessandra Ambrosio Make Last Year?

Unfortunately, we do not have information on Alessandra Ambrosio’s 2017 earnings available at this time.

As far as media appearances go, she played a minor character in the 2017 film, Daddy’s Home 2. More recently, she was also featured in the reality show, Germany’s Next Top Model.

What’s the Victoria’s Secret model up to nowadays? Curious to know? If so, why not follow her on social media? You can find Alessandra Ambrosio on Twitter at @AngelAlessandra and on Instagram at @AlessandraAmbrosio. While you’re at it, you can also check out her official Facebook fan page here.