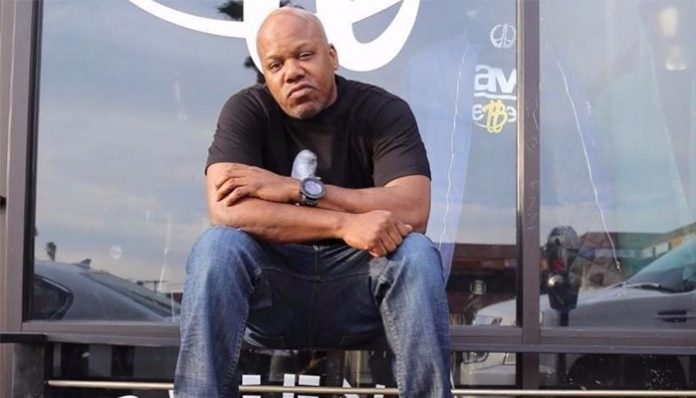 An American rapper, Too Short is perhaps best known for his hit songs Blow the Whistle, Ain’t Nothing Like Pimpin and The Ghetto. Often credited as one of the pioneers of West Coast hip-hop, he has been active in the music scene since the mid-1980’s.

Over the years, he has dropped over a dozen albums including Life Is…Too Short, Get in Where You Fit In, Shorty the Pimp, and Cocktails, all of which have gone platinum or higher in the U.S. Later this month, he will be releasing a new project titled, The Pimp Tape.

How successful is the 52-year-old rapper How much has he brought home from his musical efforts? How rich is he? According to sources, Too Short has earned himself a net worth of around $15 million as of 2018. Where did he earn most of his money? Hopefully, we’ll be able to answer this question for you, after going over some of his career highlights below.

How did Too Short Make His Money?

Born on April 28, 1966, in Los Angeles, California, Too Short has been fond of music ever since his early teens. Not only was he a member of the school band in high school, but he also produced songs for friends on a regular basis. His debut solo album, Don’t Stop Rappin’ was released in 1985; he was nineteen at the time.

Continuing to put together new projects over the next years, he had released four additional albums by the end of the 1980’s- these include Players, Born to Mack, Raw, Uncut & X-Rated, and Life Is…Too Short, the last of which went platinum twice in the U.S.

Over the next decade, Too Short dropped several projects including the albums Shorty the Pimp, Short Dog’s in the House, Cocktails, and Get in Where You Fit, all of which received Platinum accreditation from the RIAA. Some of the singles that were spawned from these albums include The Ghetto, In the Trunk, I’m a Player and Money in the Ghetto.

In the years since, the rapper has added several albums to his catalog including Chase the Cat, What’s My Favourite Word?, Blow the Whistle, No Trespassing, and Get off the Stage. Later this month, he will also be coming out with a new project titled, The Pimp Tape.

As you can probably expect from a popular rapper, he has collaborated with many artists throughout his career. For instance, he has worked with Kelis, Wiz Khalifa, 50 Cent, Chris Brown, G-Eazy, and King Lil G, to name a few. Some of these collab tracks include Life of a Party, On My Level, First Date, and Show You the World.

For those who may be interested in the rapper’s live performances, he will be hitting the road for a mini concert tour later this summer. Looking at his schedule, the event will kick off in California on June 1, 2017. For more details, you can visit his Facebook fan page.

As far as other ventures go (i.e. outside of his music career), he has acted in a few films in the past; these include Menace II Society, and Stop Pepper Palmer.

Too Short’s Personal Life and FAQ

Is Too Short Married?

Yes, Too Short has been married to his wife Erica Escarcega since 2000.

Does Too Short Have Any Children?

No, as far as we know, Too Short does not have any children.

Did Too Short Go to College?

No, Too Short did not go to college. Instead, he opted to pursue a music career out of high school.

What is Too Short Famous For?

Too Short is perhaps best known for being one of the pioneers of West Coast Hip-Hop. Over the years, he has released numerous albums including Shorty the Pimp, Life Is…Too Short, Can’t Stay Away and Chase the Cat.

Where Does Too Short Live now? Pictures of Too Short’s House

According to his official Twitter bio, Too Short currently lives in Oakland, California. At this time, that’s the extent of our information.

What Kind of Car Does Too Short Drive?

At this time, we do not have any information on Too Short’s vehicle.

How Much Money Did Too Short Make Last Year?

Unfortunately, information on Too Short’s earnings is not available at this time.

Later this month, Too Short will be dropping a new album titled, The Pimp Tape on May 25, 2018. His first project in six years, it will be released as both a digital download and as a CD.

Want to keep up with the rapper? You can find Too Short on Twitter and Instagram at @TooShort. While you’re at it, don’t forget to check out his YouTube channel for the latest music videos and more.