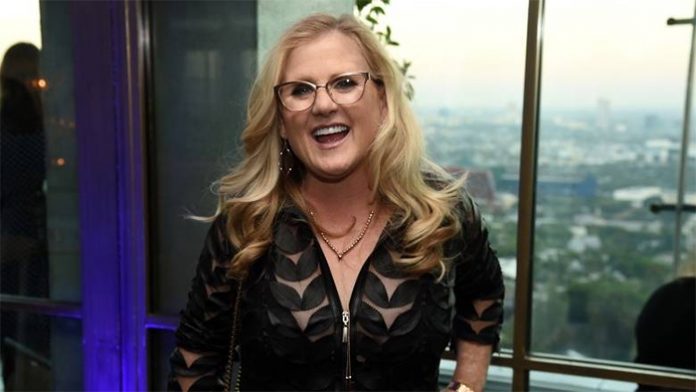 An award-winning voice actress, Nancy Cartwright is best known as the voice of Bart Simpson in the animated series, The Simpsons. Her most prominent television credit to date, her portrayal of the character has earned her a handful of accolades over the years including a Primetime Emmy Award for Outstanding Voice-Over Performance.

Aside from The Simpsons, she has worked in many other series such as Goof Troop, Rugrats, Kim Possible, and The Replacements. Outside of voice-acting, she has also worked on several films- for instance, she recently wrote and produced In Search of Fellini, which came out in 2017.

As a voice actress, how much is she paid per episode on The Simpsons? How much has she earned throughout her career? How wealthy is she? According to various sources, Nancy Cartwright’s 2018 net worth currently sits at around $60 million. Since we’re here, let’s take a more detailed look at how her career has played out.

How did Nancy Cartwright Make Her Money & Wealth?

Born on October 25, 1957, in Dayton, Ohio, Nancy Cartwright grew up in Kettering, where she discovered her talent for voices at a young age. A student at Fairmont West High School, she often participated in public speaking competitions; in fact, the judges would often suggest for her to perform “cartoon voices.” After graduating, she studied at UCLA, during which she started to train as a voice actress.

From there, she started to land roles in shows such as Richie Rich, and Fat Albert. Not long afterward, she played the title character in the TV film Marian Rose White. Over the next several years, she appeared in various series such as Alvin and the Chipmunks, Snorks, Not My Kid, Galaxy High School, and Pound Puppies, some of which saw her in a voice-acting role.

As it’d happened, she eventually landed a big break after being cast as Bart Simpson in the animated series, The Simpsons. Premiered in 1989, the cartoon proved to be a huge hit, having drawn in an average of 27.8 million viewers during the first season. Responsible for her rise to fame, Cartwright has since voiced the fourth grader for close to three decades.

Considering the popularity of the long-running cartoon, it’s not surprising to know that she is paid handsomely for the role. During the 90’s, she was paid $30,000 per episode. Since then, this figure has increased dramatically; the last that we’d heard, the main cast members, including Cartwright, were paid $300,000 per episode.

Aside from The Simpsons, which she stars into this day, she has worked on numerous other shows over the past decade such as Betsy’s Kindergarten Adventures, American Dad!, Family Guy, and The 7D.

On the big screen, she has lent her voice to characters in the films Rugrats Go Wild, Kim Possible: The Secret Files, and Leroy & Stich. Outside of voice-acting, she has also worked on other projects such as the movie In Search of Fellini and the documentary, I Know That Voice.

As far as we know, she is currently single. In the past, she was in a relationship with Stephen Brackett; prior to their marriage, however, he passed away in 2009.

Does Nancy Cartwright Have Any Children?

Yes, she has a son named Jackson and a daughter named Lucy Mae form a previous relationship.

Did Nancy Cartwright Go to College?

Yes, she did. After graduating from high school, she went to Ohio University on a scholarship.

What is Nancy Cartwright Famous For?

Nancy Cartwright is best known as the voice of Bart Simpson in the long-running animated series, The Simpsons.

According to her Twitter account, she currently lives in Los Angeles. We do not have any other information available at this time.

What Kind of Car Does Nancy Cartwright Drive?

Details on Nancy Cartwright’s vehicle are not available.

How Much Money Did Nancy Cartwright Make Last Year?

At this time, we do not have any information on Nancy Cartwright’s annual salary.

Currently, she stars as Bart Simpson in the 29th season of The Simpsons. Aside from that, she had recently lent her voice to Snow Geese in the animated series, Top Wing earlier this year.

What’s the voice-actress up to nowadays? If you’re a fan, you might want to follow her on social media- you can find Nancy Cartwright on Twitter at @NancyCartwright or on Instagram at @Nancy_Cartwright. As you can probably expect, she’s also active on Facebook- you can visit her official fan page by clicking here.