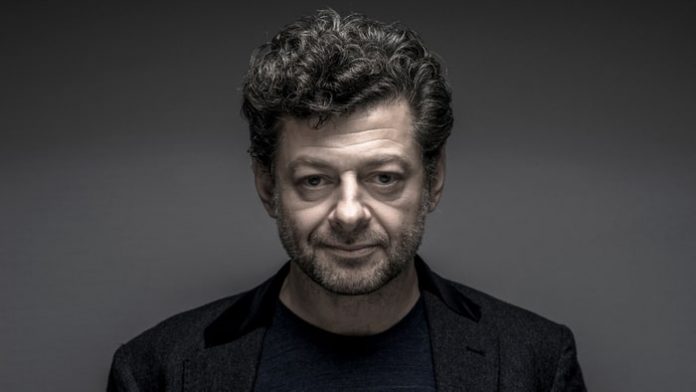 An English actor, Andy Serkis known for his motion capture work in films such as Heavenly Sword, Tintin, and Godzilla. As far as acting goes, he has starred in many titles including The Lord of the Rings film series, Planet of the Apes, and Star Wars: The Force Awakens, to name a few.

As if all of that wasn’t impressive enough, he has also appeared in a number of television series- some of these include Streetwise, Finney, Monkey Life, Little Dorrit, and Fungus the Bogeyman. Most recently, he made an appearance in the documentary, The Director and The Jedi.

How successful is he as an accomplished actor/director? How wealthy is the 54-year-old? According to various sources, Andy Serkis’ current net worth hovers at around $28 million. What are some of his biggest projects? Where did he earn most of his fortune from? We’ll be taking a look at these questions below.

How did Andy Serkis Make His Money & Wealth?

Born on April 20, 1964, in Middlesex, England, Andy Serkis grew up in West London, where he went to St. Benedict’s School as a student. After graduating, he attended Lancaster University, where he chose theatre as his secondary subject. Not long after playing the lead role in the play, Gotcha however, he changed his major to acting. From there, he took part in several productions including The Winter’s Tale, Bouncers, and Dogboy, to name a few.

By the early 1990’s, he had made his move to television with small roles in shows such as The New Statesman, and Morris Minor, The Darling Buds of May and His Marvellous Motors. Within a few years, he had branched out to film. After playing various minor characters, he gained widespread  attention in the film The Lord of the Rings: Fellowship of the Ring in 2001. In addition to having provided the voice for Gollum, he also performed the motion capture movements for the CGI character. A huge box office hit, the movie had grossed over $871 million worldwide.

Since then, he has starred in several other films including Rise of the Planet of the Apes, Longford, The Hobbit and Steelskin. In addition to acting, Serkis has also served as a motion capture consultant for many titles such as Avengers: Age of Ultron and Godzilla. Speaking of behind-the-scenes, he recently directed the drama film, Mowgli, which is scheduled to be released later this fall.

As far as television roles go, he hasn’t appeared in many series over the past few years. Looking back, his most recent appearance was in that of Fungus the Bogeyman in 2015.

Outside of acting however, he has been invited onto several talk shows such as The One Show, The Oh My Disney Show, Made in Hollywood, Good Morning Britain and E! Live from the Red Carpet. Earlier this year, he also appeared as himself in the documentary special, The Director and The Jedi.

Andy Serkis has been married to Lorraine Ashbourne, an English actress, since 2002.

Does Andy Serkis Have Any Children?

Yes, he and his wife have three children- Louis, Sonny, and Ruby.

Did Andy Serkis Go to College?

Yes, he did. After completing his high school education, he went to Lancaster University, where he studied visual arts. After playing a lead role in the play, Gotcha, he changed acting to his major.

What is Andy Serkis Famous For?

Andy Serkis and his family currently reside in England. We do not have any photos of his house at this time.

What Kind of Car Does Andy Serkis Drive?

Details on Andy Serkis’ vehicle are not available.

How Much Money Did Andy Serkis Make Last Year?

At this time, we do not have any information on Andy Serkis’ annual salary.

Earlier this year, he co-starred in the superhero film, Black Panther. Later this fall, he will also be starring in Mowgli, a movie that he also helped to direct and produce. In terms of other upcoming projects, he will be appearing in the 2019 film, Flarsky according to IMDb.

What’s the Hollywood star up to nowadays? Why not find out by following him on social media? You can find Andy Serkis on Instagram and Twitter at @AndySerkis. On Facebook, you can also show your support by giving him a like on his official fan page, which you can check out here.