What Happened to Tracy Hutson? – 2018 Update 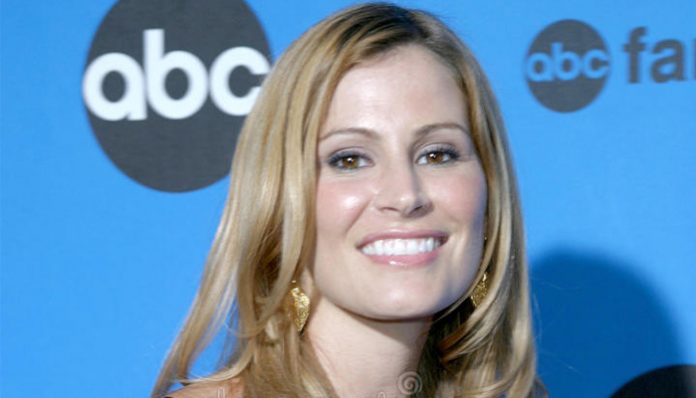 A reality star, Tracy Hutson rose to fame in ABC’s popular series, Extreme Makeover: Home Edition. One of the original style consultants, she appeared throughout the entire duration of the show, from 2003 to 2012. To this day, it remains to be her most prominent television credit.

What has the blonde been up to since then? Has she appeared on any other TV shows in the recent years? What is she busy with nowadays? Hopefully, we’ll be able to answer some of these questions for you below.

Following the end of Extreme Makeover: Home Edition in 2012, Hutson appeared to have disappeared from the spotlight. In the end, it wasn’t until 2014, that she made her return in a web series called, Momtourage. Released that spring, the show followed the blonde as she and other empowering moms worked to help others around the country with their passion for interior design. A collaboration with the nonprofit, Habitat for Humanity, a number of episodes are available for streaming online.

As far as we can tell, she hasn’t made any other appearances on television, other than that. Will she be returning to the small screen anytime soon? Your guess is as best as ours. One thing’s for sure though, if Extreme Makeover ever comes back on the air, it’s likely that Hutson will also be invited back.

So then, what has she been up to these years? Seeing as how she’s an interior design consultant, it’s not surprising to know that she’s been kept busy with her company, Tracy Hutson Designs. If you’re interested in her work, you can visit her official website here.

The author of a best-selling book, she has also written for several national publications over the past few years including Four Seasons, Pregnancy, Family Circle, Redbook, and Quick and Simple.

Originally from Dallas, Texas, Tracy Hutson launched her career in 1999, when she opened her own interior design company, Tracy Hutson Designs. Based in Los Angeles, the business specializes in creating tailored commercial and residential spaces. Incredibly successful, her venture is booming to this day.

Four years after the launch of her company, she was invited to join ABC’s reality series, Extreme Makeover: Home Edition. Premiered in 2003, the show followed the cast as they provided home improvements for those who’re less fortunate across the country. One of the original style consultants, Hutson was joined by Ty Pennington, Paul DiMeo, Paige Hemmis, Michael Moloney, Preston Sharp, and a few others in the first season.

Critically acclaimed, it wasn’t long before it had earned the title of being the “most family-friendly series” on the network. Responsible for Hutson’s rise to fame in the 2000’s, Extreme Makeover won a number of awards including two Primetime Emmys during its nine-year run.

Though several cast members left in the middle of the show, Hutson went on to stay until the end. If anything, she had made herself known as a capable interior design consultant, by the time Extreme Makeover: Home Edition wrapped up in 2012.

In addition to the ABC reality series, she has appeared in several other television programs in the past including Less Than Perfect, Picker Sisters, and Fix This Kitchen.  As an actress, she has also worked on a few titles such as The Huntress, Pacific Blue, and Rated X (albeit in minor roles). On two occasions, she even appeared on the big screen in the films Mixed Signals and Endsville.

In 2014, she debuted her own reality series called, Momtourage on the Design Network. Produced by the blonde herself, the show follows her as she helps others around the country with her passion for interior design. For those who are interested, a few episodes have been uploaded online on her official website.

In terms of other ventures, she has also published a book titled, Feathering The Next. A friendly guide to decorating a baby’s room, it received many positive reviews upon its release in 2009.

Speaking of her writing, she has been featured in a number of national publications over the years including Quick and Simple, Self, Redbook, Family Circle, and Four Seasons, to name a few. Online, she has also contributed to many popular websites such as Cosmogirl.com, Mommy.com, and People.com.

Why Did Extreme Makeover: Home Edition Come to an End?

ABC announced that they would be canceling the long-running series in late 2011. As much as we’d like to know, however, the network has never revealed the reasoning behind their decision. Still, the fact that Extreme Makeover: Home Edition ran for nine years was quite a feat in itself- in the end, it had run for 200 episodes!

Ultimately, it’s thanks to the show’s popularity that the interior designer received the attention that she’s gotten. To this day, it remains to be her best-remembered role on television.