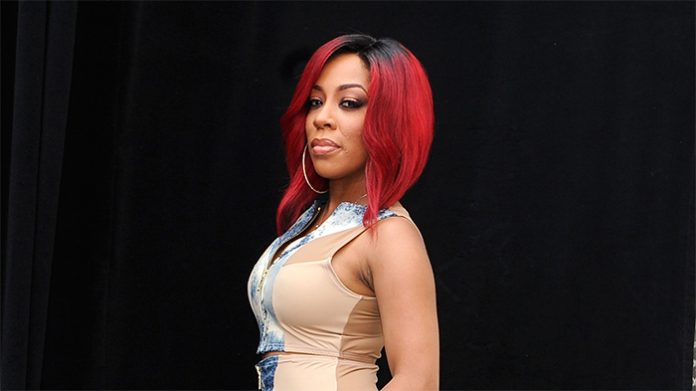 As a music artist, K. Michelle has released many singles including Can’t Raise a Man, Love ‘Em All, and V.S.O.P. Her most recent studio album, Kimberly: The People I Used to Know came out in December 2017.

In addition to being a singer, she is also a well-known television personality. In 2012, she made her small screen debut in VH1’s Love & Hip Hop: Atlanta. Since then, she has appeared in several other shows such as Punk’d, L.A. Hair, and Leave It To Stevie. At one point, she even had her own reality series titled, K. Michelle: My Life.

How rich is she? How much has she made from her music career? Her television career? According to various sources, K. Michelle has amassed a net worth of around $800,000 as of 2018. Where did the bulk of her wealth come from? Below, we’ll be taking a better look at some of her accomplishments- stick around if you’re interested!

How did K. Michelle Make Her Money & Wealth?

Born on March 4, 1982, in Memphis, Tennessee, K. Michelle developed an interest in music at a young age. Not only did she learn how to play the guitar and piano as a child, but she also took voice lessons from Bob Westbrook, the same coach who trained Britney Spears and Justin Timberlake. After completing high school in 2000, she went to Florida A&M University on a music scholarship.

A few years afterward, it was announced that she had signed with Jive Records. From there, she released her first single, Fakin’ It, which proved to be a commercial success. Not only did it chart in the U.S., but it also drew in a significant amount of attention from the public eye.

Since then, the singer has released four studio albums- Rebellious Soul, More Issues Than Vogue, Anybody Wanna Buy a Heart, and Kimberly: The People I Used to Know, three of which charted among the Top 10 on the Billboard 200. Some highlights from these projects include Can’t Raise a Man, V.S.O.P., Hard to Do, Ain’t Yo, and Love ‘Em All.

As you can probably expect, she’s raked in a decent amount of earnings from her records. On top of that, she’s also embarked on a handful of tours- in fact, she recently hit the roads for her 2018 The People I Used To Know Tour, which continued from February to March. In addition to those that she’s headlined (mostly in support of her albums), she has also supported R. Kelly and Robin Thicke in the past.

On top of being a singer, Michelle is also a television personality with many credits to her name. In 2012, she was cast in VH1’s reality series, Love & Hip Hop: Atlanta. Some of the other shows that she’s appeared in include Love & Hip Hop: New York, Punk’d, L.A. air, and Love & Hip Hop: The Wedding. At one point, she even had her own show called K. Michelle: My Life.

As far as recent appearances go, she has been appearing on Leave It To Stevie and Love & Hip Hop: Hollywood for the past few months.

While she isn’t married, she is in a relationship- a couple of years back, it was revealed that her mystery boyfriend was Dr. Kastan Sims.

Does K. Michelle Have Any Children?

She has a son named Chase Bowman from a previous relationship.

Did K. Michelle Go to College?

Yes, she went to Florida A&M University on a music scholarship sometime after completing high school. After graduating with honors, it’s said that she received acceptance to several law schools, though she ultimately decided to pursue music instead.

What is K. Michelle Famous For?

K. Michelle rose to fame with the release of her breakthrough hit, Fakin’ It in 2009.

Unfortunately, we do not have any information on K. Michelle’s whereabouts at this time. Nor do we have any pictures of her abode.

What Kind of Car Does K. Michelle Drive?

Details on K. Michelle’s vehicle are not available.

How Much Money Did K. Michelle Make Last Year?

At this time, we do not have any information on K Michelle’s annual salary.

Earlier this year, she also embarked on her 2018 The People I Used To Know Tour, which kicked off in February. As far as other things go, she recently appeared on the TV shows Love & Hip Hop: Hollywood and Leave It To Stevie.

Want to catch up with her on social media? If so, you’ll be happy to know that you can find K. Michelle on Instagram (@KMichellemusic) and Twitter (@KMichelle). For the latest news and announcements, don’t forget to also drop by her official Facebook fan page here.