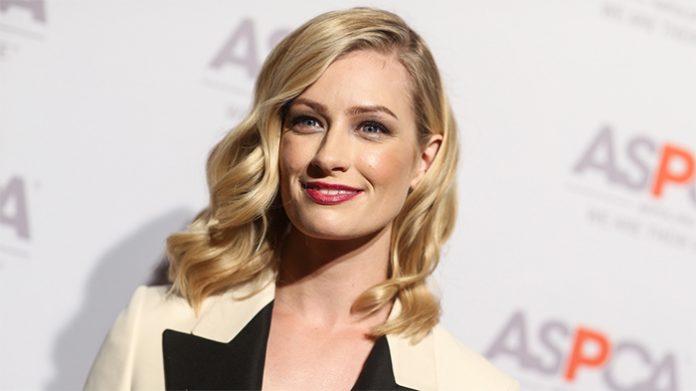 Aside from the comedy series, she’s appeared in a handful of other shows such as NCIS: Los Angeles, Repeat After Me, Castle, and The Big Bang Theory. Though film isn’t her primary focus, she has also worked on several movies including Adventures of Serial Buddies, Monsters University, Chasing Eagle Rock and Hello, My Name is Doris.

How much was she paid for her starring role in 2 Broke Girls? Surely, she brought home a decent amount from the six years that she starred on the show? How rich is she? To answer this question, it’s said that Beth Behrs’ current net worth stands at approximately $6 million.

How did Beth Behrs Make Her Money & Wealth?

Born on December 26, 1985, in Lancaster, Pennsylvania, Beth Behrs grew up in Lynchburg, Virginia, where she began acting at the age of four. Later as a teen, she was accepted into a highly regarded drama program at Tamalpais High School. From there, she honed her craft at the American Conservatory Theatre. Some of the plays that she took part in during that time include Korczak’s Children and The Music of Simon and Garfunkel.

A year after graduating, she landed her first acting gig in the direct-to-video film, American Pie Presents: The Book of Love. From there, she made a few minor appearances in the TV series NCIS: Los Angeles, Castle, and Pretty Tough.

In 2011, the blonde received the break that she’d been waiting for after being cast as one of the main leads in the CBS sitcom, 2 Broke Girls. Her first starring role, she played the part of Caroline Wesbox Channing, a twenty-something waitress. Responsible for her rise to fame, the show ran for six seasons from 2011 to 2017.

Aside from the sitcom, Behrs has appeared in several other titles over the past few years including Repeat After Me, Chasing Eagle Rock and Hello, My Name is Doris. Most recently, she guest starred in an episode of The Big Theory.

As far as other projects go, the actress is also an author. Since 2016, she has been working on a young adult webcomic titled Dents with her longtime friend, Matt Doyle. Inspired by the X-Men series, the comic is noted for exploring themes such as environmental issues, feminism, and sexuality.

Last year, she also published a non-fiction book titled, The Total Me-Tox, in which she talks about her journey toward happiness and health.

While she isn’t married, she has been engaged to Michael Gladis, a fellow actor, since 2016.

Does Beth Behrs Have Any Children?

No, as far as we know, Beth Behrs does not have any children.

Did Beth Behrs Go to College?

Yes, she did. After high school, she went to the UCLA School of Theatre, Film and Television, where she studied acting; she later received a bachelor’s degree in critical studies in 2008.

What is Beth Behrs Famous For?

Beth Behrs is best known for her portrayal of Caroline Wesbox Channing in the sitcom, 2 Broke Girls. Her best-remembered role to date, she had starred on the show for six years, from 2011 to 2017.

Beth Behrs currently lives in Los Angeles, California. We do not have any photos of her abode at this time.

What Kind of Car Does Beth Behrs Drive?

Details on Beth Behrs’ vehicle are not available.

How Much Money Did Beth Behrs Make Last Year?

At this time, we do not have any information on Beth Behrs’ annual salary.

As mentioned earlier, she starred in 2 Broke Girls up until 2017. Though she hasn’t played any lead roles since she did make a recent appearance in The Big Bang Theory earlier this year.

Want to keep up with the TV star? How about following Beth Behrs online? You can find the actress on Twitter and Instagram at @BethBehrs. While you’re at it, don’t forget to also show your support on Facebook, you can leave her a like on her official fan page here.