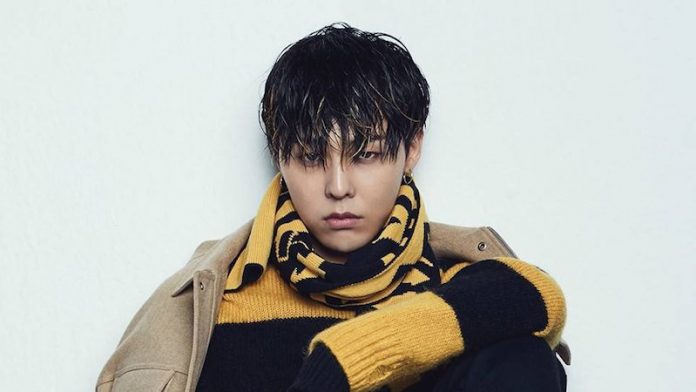 K-pop’s worldwide boom has given many talented artists the chance to make it big internationally, but G Dragon is credited for the rise of the genre in the first place. G Dragon is a South Korean rapper, singer, producer, and fashion designer best known for being a member of the Boy Band Big Bang and for his solo work. He is often called the “King of K-pop” for his knack for writing hit singles along with his powerful stage presence. With G Dragon as one of their primary driving forces, Big Bang is credited by many for propelling K-pop to the world stage.

G Dragon’s net worth is estimated to be 40 billion won, which works out to roughly 40 million USD. He has millions of dedicated fans throughout Korea and the world. He is particularly popular for his work with the group Big Bang – who have sold over 150 million records worldwide. 23 songs either written or co-written by G Dragon have risen to the top spot on the Gaon Digital chart (the South Korean equivalent of the Billboard Hot 100).

How Did G Dragon Earn his Money and Wealth?

G Dragon was born on August 18th, 1988 in Seoul, South Korea. His real name is Kwon Ji-Yong. From a very young age, he exhibited a strong interest in rap and hip-hop music. Noticing his interest, his parents enrolled him in a children’s group when he was just 6 years old.

When G Dragon was in the third grade, a friend introduced him to Wu Tang Clan. Inspired by the music, he taught himself to rap. During this time, rap was not well known in South Korea. G Dragon was already a skilled singer and dancer – at age 8, he was scouted by Kpop giant SM Entertainment. However, by the end of his 5-year contract with the label, he had his sights set on a South Korean musical revolution.

After G Dragon released his first rap album at age 13, G Dragon caught the attention of YG Entertainment. For two years, he trained with the label while they deliberated over how to debut the young star. After several scraped projects, the label chose him to be a part of the boy band Big Bang, along with T.O.P, Taeyang, Daesung, and Seungri. The group’s first album Vol. 1 sold over 100,000 copies after they debuted on national television.

Roughly one year after their debut, Big Band released the Always EP. It increased involvement from G Dragon, most notably on the hit single “Lies”. The group followed the release of Always with the Hot Issue and Stand Up EPs in 2007 and 2009 respectively. G-Dragon produced the hit singles Last Farewell and Day to Day from the EPs.

After Big Bang released the highly successful album Remember in 2008, its members began embarking on solo projects. G Dragon kickstarted his solo career with Heartbreaker in 2009. The album was wildly successful – its leading single, Heartbreaker has sold 4 million copies to date.

In December 2010, G Dragon collaborated with longtime friend and fellow Big Bang singer T.O.P on the GD and TOP. Its single “High High’ lived up to its name, topping. the South Korean charts, while the singles “Oh Yeah” and “Knockout” took the 2nd and 3rd spot.

In December 2012, G Dragon released the EP One of a Kind and also began the One of a Kind World Tour. After the release of his 2013 album Coup d’Etat, he expanded his horizons into numerous other musical ventures. He not only collaborated with many other Korean artists, designed clothing with several popular fashion labels, and even opened a hotel on the island of Jeju. In 2017, he found the clothing label Peaceminusone and also became a brand ambassador for Chanel.