Brandy Norwood – or as most people know her just as Brandy, is a famous songwriter, actress, singer, and record producer from America. Her most popular song is probably her duet with Monica called The Boy is Mine. She is also known for her title role as Moesha on the sitcom on UPN.

How Did Brandy Norwood make their money & wealth 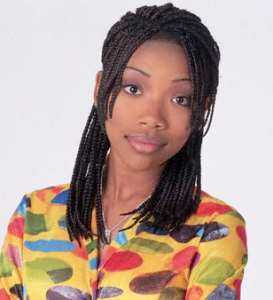 Brandy was born in McComb, Mississippi on February 11, 1979. Singing ran in her blood – her father, Willie Norwood, is a former choir director and gospel singer. More than that, famous rapper Snoop Dogg is her cousin. She is the older sister of Ray-J, who is also a singer and an actor in his own right. Who Brandy was just two years old, her choir singer father inspired her to begin singing with the congregation – she even got her own solo in front of the whole church.

When Brandy was five, her family moved to Los Angeles California so that Brandy could attend the Hollywood High Performing Arts Center for school. Her teachers, surrounded by talented people, didn’t always recognize Brandy’s talent. She had to advocate for herself and enter talent shows on her own she was even a teenager. At 11, she signed a contract with Teaspoon Productions. There she was cast as the backing vocalist for Immature, an R&B boy band. They also arranged for her to start recording a demo tape. After that, her parents got her in with the Atlantic Recording Corporation. Brandy auditioned with Daryll Williams, who is the director of Atlantic Recording Corporation.

Over the course of her career, she recorded six albums, plan on three headlining tours, and was the opening act for Boyz II Men in 1995. She also has quite the film career. She starred in her own shows called Thea and Moesha. She also appeared on episodes of 90210, Sabrina the Teenage Witch, Drop Dead Diva, and Zoe Ever After. Lately, she has been recording a new album and acting in Star, a musical drama on Fox. 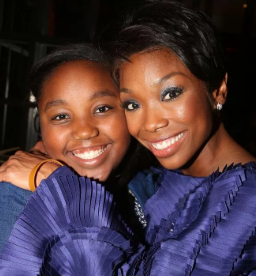 In the summer of 2001, was said to have been married to music producer Robert Smith. Their daughter was born almost a year later in June 2002. No one knew about the wedding until it was announced during the pregnancy. Three years later, once the relationship was over, Robert Smith announced that the marriage was fake. He asserted that it was staged to protect her public reputation. Brandy felt betrayed by his confession, saying that she felt that their bond was strong even though they weren’t actually married.

Brandy seems unlucky in love. In 2012, she and her ex-musical producer Ryan Press got engaged, but two years later he broke off the engagement. Sometime after the engagement, Brandy revealed on Twitter that her ex-fiancé got her a cubic zirconia ring instead of the giant diamond she thought it was. She told Uptown Magazine that their relationship was ended due to irreconcilable differences. It doesn’t seem like she is dating anyone currently, but the last person she dated was Sir the Baptist in May of 2017.

Brandy Norwood made about a million dollars in 2018 from a combination of her music and her roles on various television shows.

Based on her yearly salary, she makes about $2,000 per day, depending on what she’s doing at the time.

Brandy lives in a gorgeous house in Los Angeles. According to an article on BET, she bought it for $4,000,000. It has a jacuzzi and a swimming pool, as well as purple ceilings and a glass block wall. 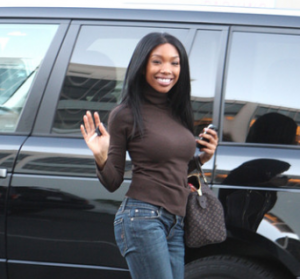 Brandy drives a fancy $50,000 black Range Rover. She enjoys cars and driving despite being involved in an accident where the other driver did not make it out alive. She rear-ended a Toyota going 65 miles per hour, and that caused a chain reaction involving two other cars and the divider. The Toyota driver survived the immediate impact but died the next day in the hospital.

Brandy has supported many great charities like the Save the Music Charity, UNICEF, Barbara Davis Center for Childhood Diabetes, Stand Up To Cancer, and G-Unity Foundation. She also has her own Foundation with her brother Ray J called the Norwood Kids Foundation which has a similar mission to Save the Music Foundation but it includes all of the performing arts instead of just music. The latest ventures were in 2014 when she got involved with the Unstoppable Foundation and text4baby.

Brandy has achieved quite a lot since the start of her career. She has won numerous awards for her music – an impressive 14 Billboard Music Awards, 3 American Music Award, and a Grammy Award for The Boy is Mine for Best R&B Performance by a Duo or Group with Vocals. She also managed to make a come back after years of controversy and mishap.
Share
Facebook
Twitter
Pinterest
WhatsApp
Previous articleSony Is Considering a PS1 Retro Console
Next articleMs. Jean’s Southern Cuisine After Kitchen Nightmares – 2018 Update